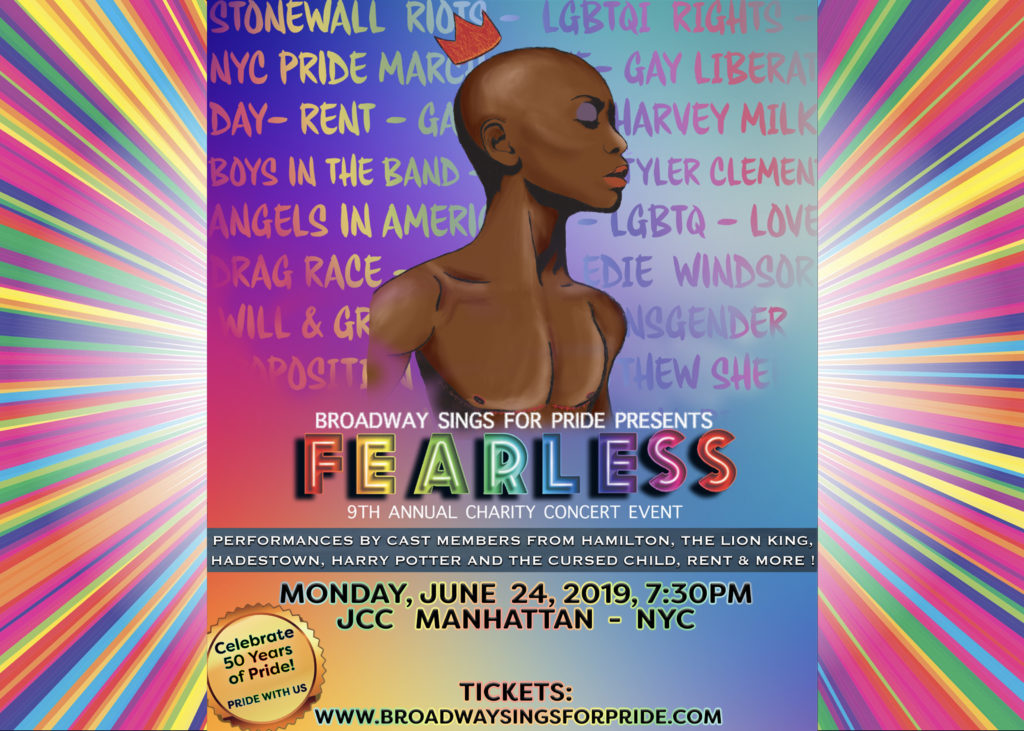 Emmy award-winner Susan Lucci will join a bevy of performers from stage, screen and sports to celebrate LGBTQIA Pride, commemorating the 50th Anniversary of the Stonewall Rebellion!  The night will include appearances by Tony Winner Cady Huffman, Broadway favorite Telly Leung, RuPaul’s Drag Race’s Yuhua Hamasaki and more to kickoff PRIDE Week in New York City!  On Monday, June 24, 2019, award-winning non-profit Broadway Sings for Pride will premiere their 9th annual Pride charity concert event.  Entitled Fearless, the two hour concert will take place at The JCC Manhattan, beginning at 7:30 PM.  Journey with Broadway Sings for Pride as they celebrate a half century of Pride! The night will include a retrospective of Pride from the last 50 years, as told by some of your favorite pop and Broadway songs, celebrities, Broadway performances, and special guest speakers.  The funds raised on this very special evening will go to worthy LGBTQIA organizations in the New York City area. For those who can’t attend, for the second year in a row, the event will be live streaming in 4k resolution (live streaming information will be made available at a later date).