From Dreams to Broadway 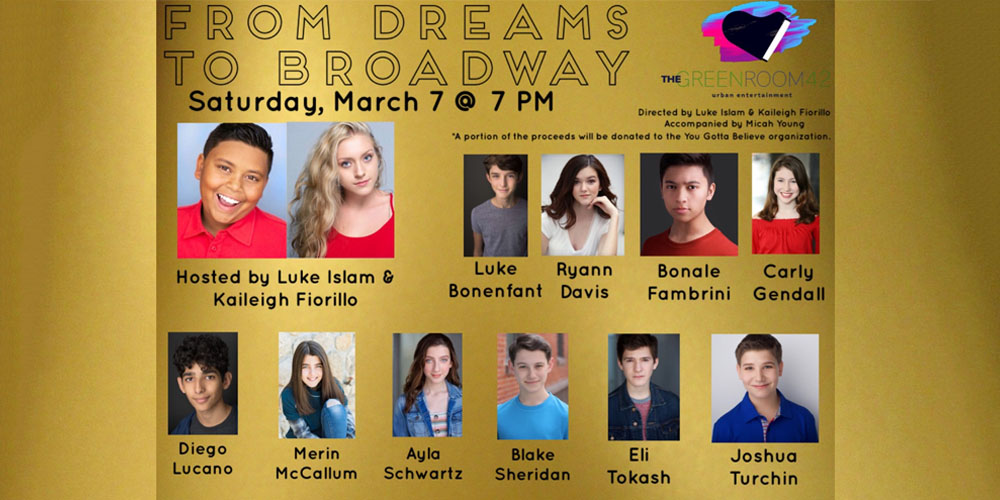 Luke Islam (America’s Got Talent), Kaileigh Fiorillo and many aspiring young Broadway stars (some of which who have already performed on the Great White Way) are jubilant to bring their celebration of the next generation of Broadway stars to The Green Room 42! Directed & hosted by Luke Islam (America’s Got Talent) & Kaileigh Fiorillo, From Dreams to Broadway features a  breathtaking selection of songs that are all significant to the cast. Featuring many stories behind the songs and hit songs from astonishing musicals such as Dear Evan Hansen, Mean Girls, Once On This Island, & more, From Dreams to Broadway is the perfect shot for you to see this phenomenal cast before Broadway. Half the age – just as much talent as Broadway STARS.  Join us for a night that you most certainly will not forget.
*A portion of the proceeds will be donated to the You Gotta Believe organization.