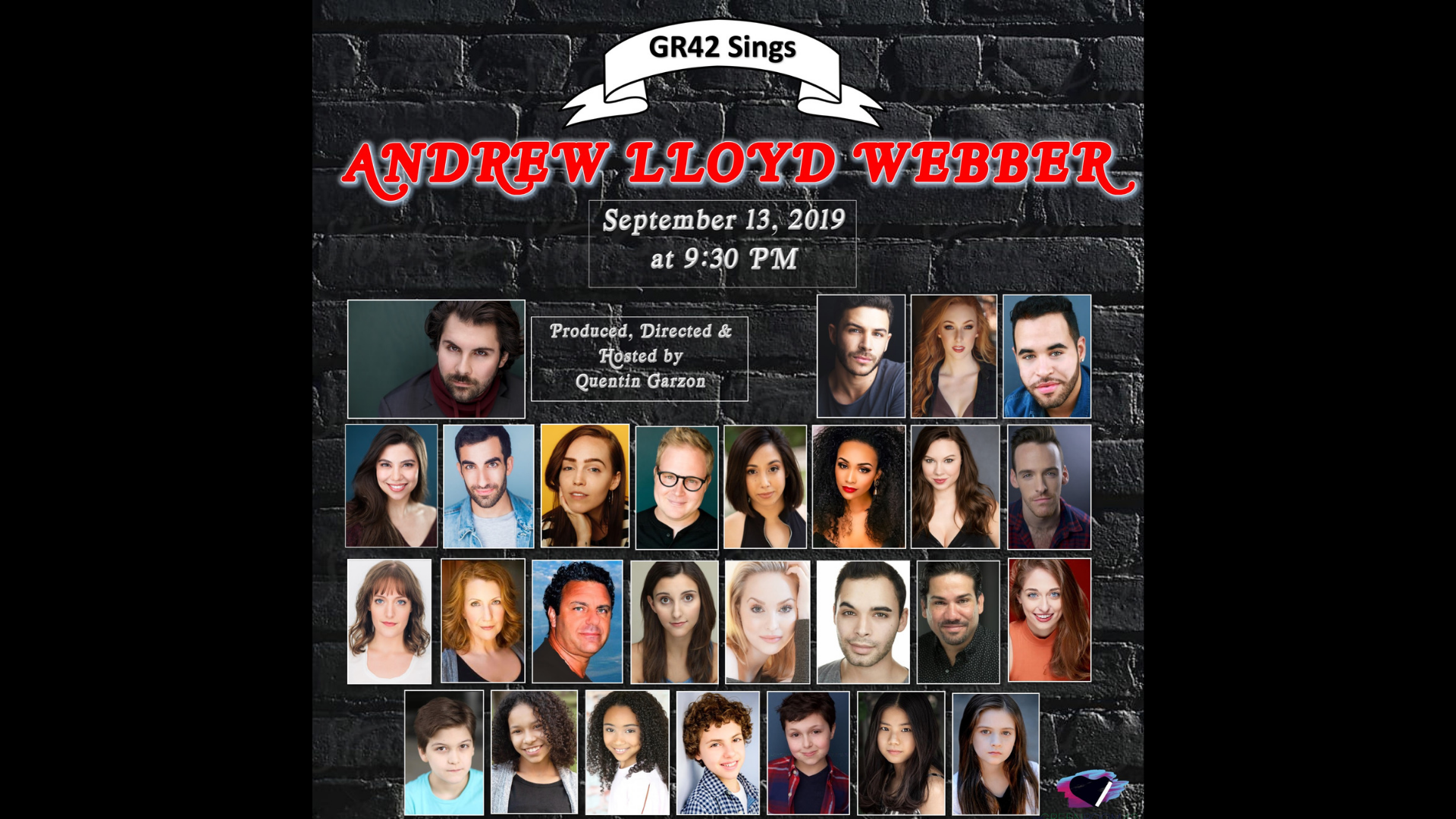 The Green Room 42 is proud to bring the sixth show of “GR42 Sings” back to its stage after taking a one month hiatus in August! This year we have celebrated Andrew Lippa, Alan Menken, Rodgers & Hammerstein, and Lin-Manuel Miranda‘s music. Now this time we are celebrating a career of one of Broadway’s most famous composers: Andrew Lloyd Webber. Directed and produced by Quentin Garzón with Musical Director Dominic Frigo, “GR42 Sings Andrew Lloyd Webber” is a night where we will explore Andrew Lloyd Webber’s inspiring career. Our talented group of performers are ready to warm your hearts with the music that have inspired generations! Singing from such shows as Jesus Christ Superstar, Evita and The Phantom of the Opera, we are sure that you will leave the night astounded by all the music you know. Come to “GR42 Sings Andrew Lloyd Webber” for a one-night-only cabaret that you’re not going to want to miss!