Light in the Darkness: A Variety Show 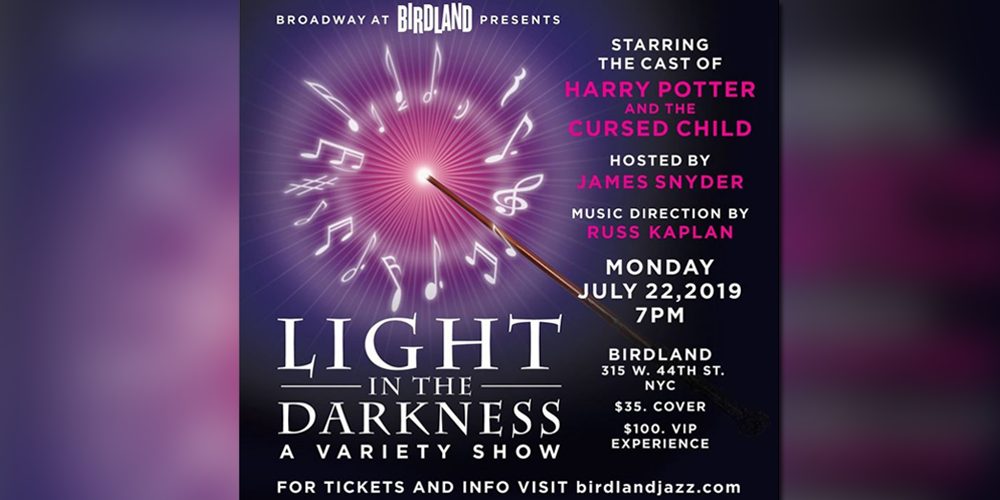 The Broadway at Birdland concert series is proud to announce that James Snyder and the cast of Harry Potter and the Cursed Child will perform a concert benefitting Lumos on Monday, July 22 at 7pm.

James Snyder, Broadway’s Harry Potter himself, will host the evening and highlight the many other talents of the cast of Harry Potter  and The Cursed Child. It will be an evening of music, magic, and mayhem as the cast of the Tony and Olivier-winning show cuts loose  on their night off from the Wizarding World. Proceeds will benefit Lumos, formerly known as Children’s High Level Group,  an international non-governmental charity (NGO) founded by British author of Harry Potter, J. K. Rowling, which promotes an  end to the institutionalisation of children worldwide.