Milly Shapiro at The Green Room 42 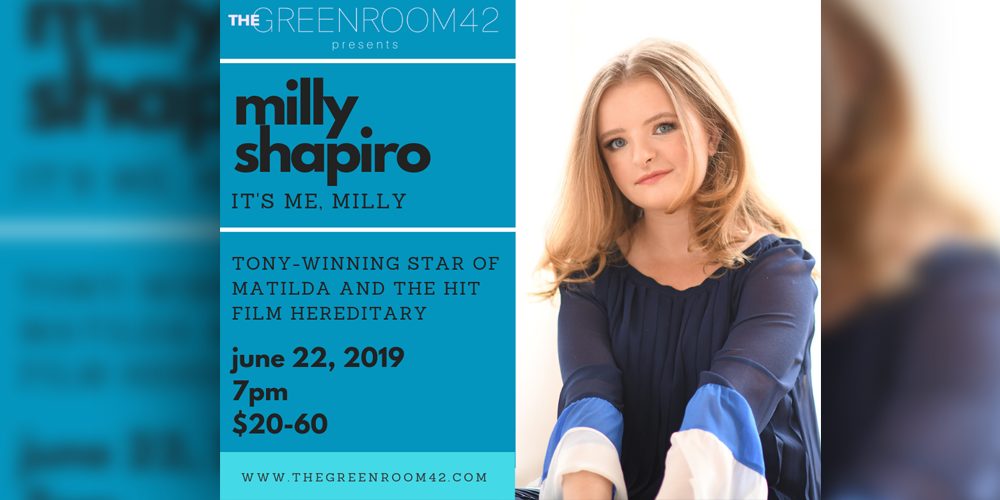 Tony Award® winner and Grammy Award® nominee Milly Shapiro (A24’s “Hereditary”, Broadway’s Matilda) will take the stage in her one-woman show “It’s Me, Milly” following her smashingly successful film debut in A24’s award-winning “Hereditary” and a series of cabarets and albums with sister Abigail at 54 Below (jointly known as The Shapiro Sisters). A life filled with being “different”, Milly will sing her way through the struggles and triumphs of growing from an overly passionate kid to hardworking teen. With showtune hits from Les Mis and Waitress to originals by Milly herself, Milly is sure to deliver a show that packs a punch. It’s not to be missed!