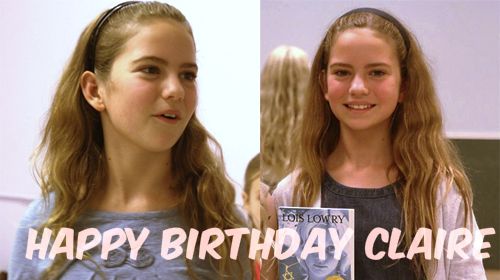 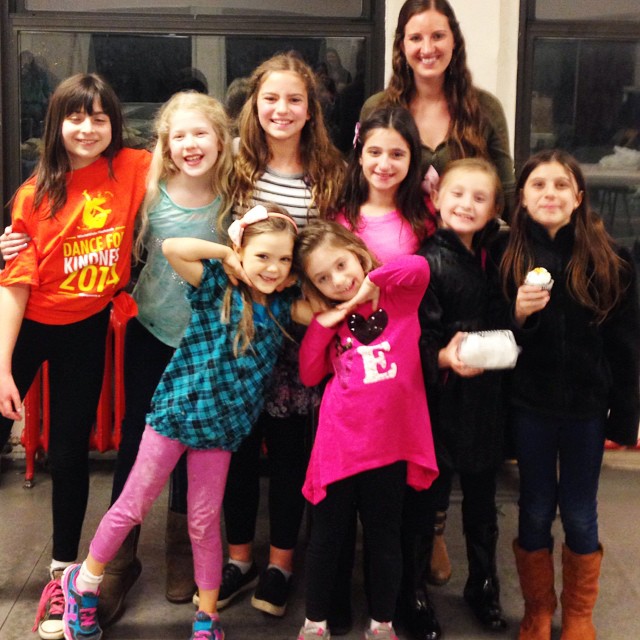 Claire Levasseur celebrated her birthday over the weekend with the kids of Number the Stars! Happy birthday, Claire!

Also, check out this picture from Number the Stars cast member Alexa Valentino! Break a leg to the cast for their dress rehearsal! 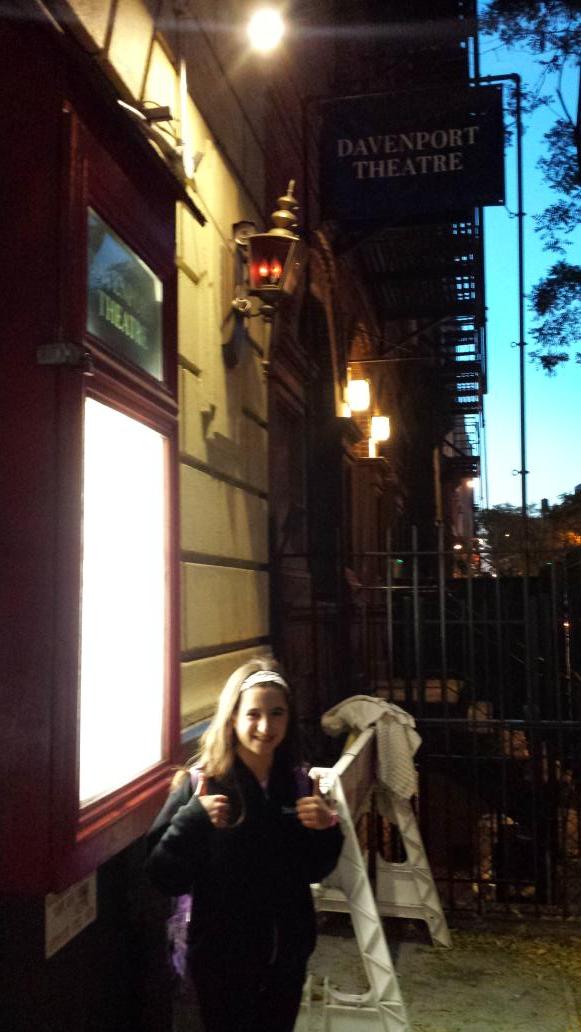 Get information on pre-ordering Peter Pan LIVE! DVDs in this article.

Plus, pictures from Peter Pan LIVE! rehearsals from NBC and Jake Lucas: 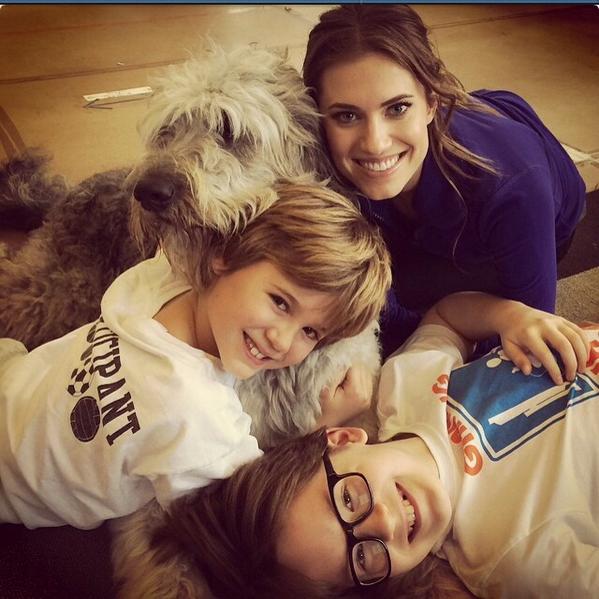 Rachel Arianna (Number the Stars) was part of the Dance for Kindness 2014 flashmob in Times Square!

And pictures from Niles Fitch (Our Lady of Kibeho, The Lion King), the kids of Matilda and Once, Graham Montgomery (Kinky Boots), and Brooklyn Shuck (Matilda, Annie)!

NY Rangers game with my dad!

Tonight, Radio City Christmas Spectacular begins performances. Break a leg to the entire company! Our Radio City page is missing a few cast kid cast members, so if you happen to know who rounds out the cast, please let us know! 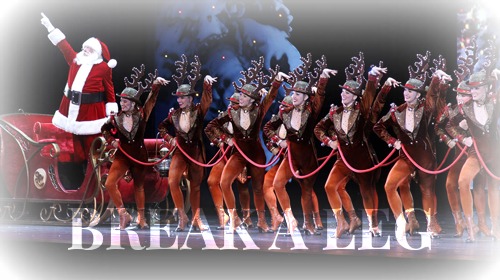 Laurissa “Lala” Romain (South Pacific) will appear in the upcoming Chris Rock film “Top 5” alongside Gabrielle Union and Adam Sandler. Congratulations, Lala! We can’t wait! Also, be sure to catch her and many other Broadway kids in Cabaret for a Cause on December 8th!

Number the Stars – Second Preview!
And here are more pictures and video from the kids of The Lion King, Matilda, and Number the Stars!
Timothy TV Cao (Matilda) signing his contract 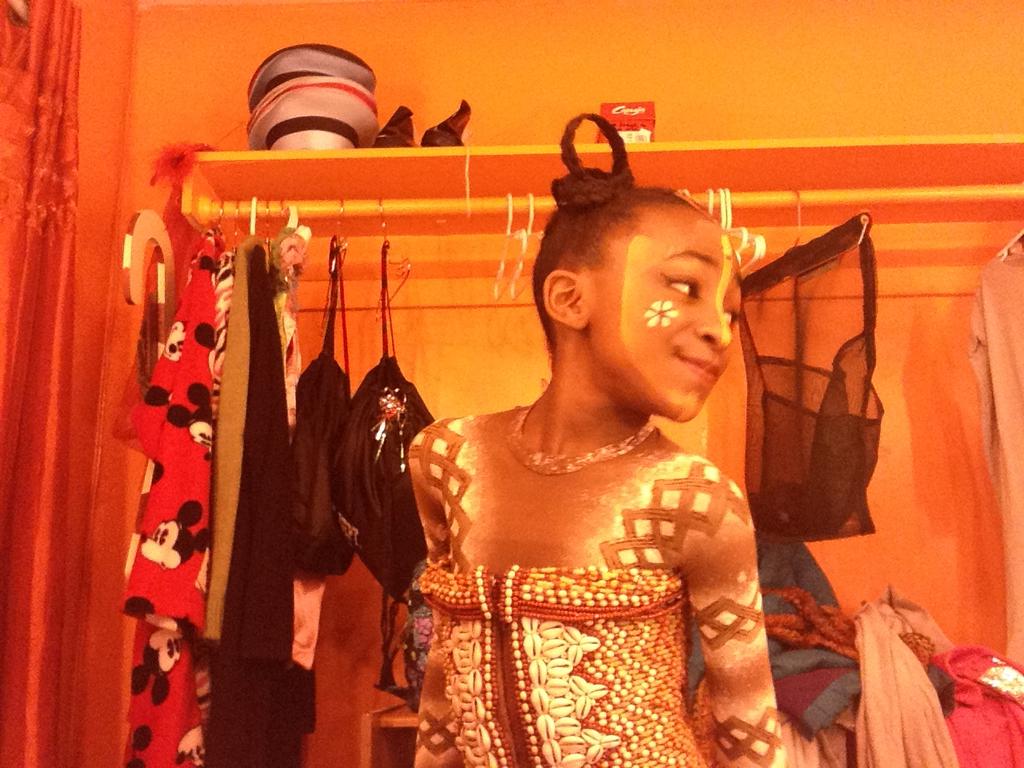 Today, “St. Vincent” featuring Niles Fitch (The Lion King, Our Lady of Kibeho) is released! Be sure to go see it. Congratulations, Niles!

Oona Laurence (Matilda) will appear on “Law & Order: SVU” on October 30th at 10pm. A sneak peek can be found below!

Taliyah Whitaker (brownsville song) was interviewed by LCT3 along with her co-star Sheldon Best. Watch below!

This year’s Gypsy of the Year will take place on December 8th at 4:30pm and December 9th at 2pm at the New Amsterdam Theater. The event is a fundraiser for BC/EFA and includes sketches presented by Broadway and Off-Broadway productions. More information can be found at TheaterMania.com.

A special veteran discount for Number the Stars is available! Those can be purchased at VetTix.org.

Bailey Ryon (Matilda) returned to the role of “Matilda” for one night only! She played Matilda for the special subscriber-only preview event for Center Theatre Group’s 2015-2016 season in Los Angeles. You can see pictures from the event at Flickr.com.

And here are pictures and videos from the kids of Matilda, The Lion King, Peter Pan LIVE, and Once!

K’Lynn Jackman at the Minskoff!