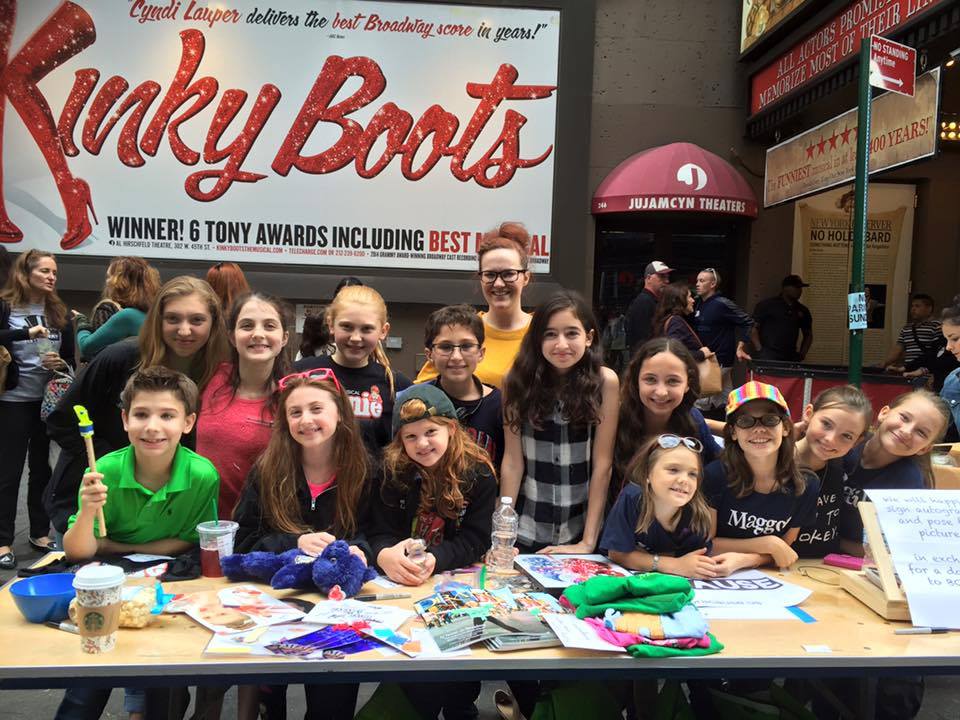 The Sunday in the Park with George cast recording is coming at the end of this month! Get more details on BroadwayWorld.com.

Cabaret for a Cause performed tonight at the Metropolitan Room! For more information, visit CabaretForACause.us.

Congrats to Mckayla Twiggs (Anastasia, Les Miserables, Once), who recently took part in a reading of Amanda Peet’s new play Our Very Own Carlin McCullough as part of MCC Theater’s 2017 PlayLabs readings! Find out more on BroadwayWorld.com.

And here are pictures from the kids of Frozen, Waitress, Anastasia, and School of Rock!

A post shared by Gabrielle Greene (@gabriellegreeneofficial) on Aug 13, 2017 at 7:59pm PDT 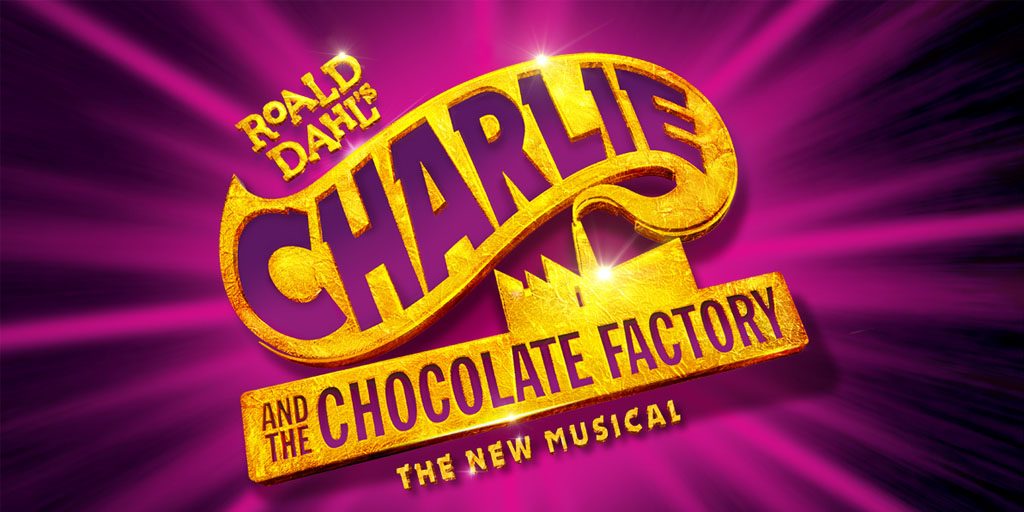 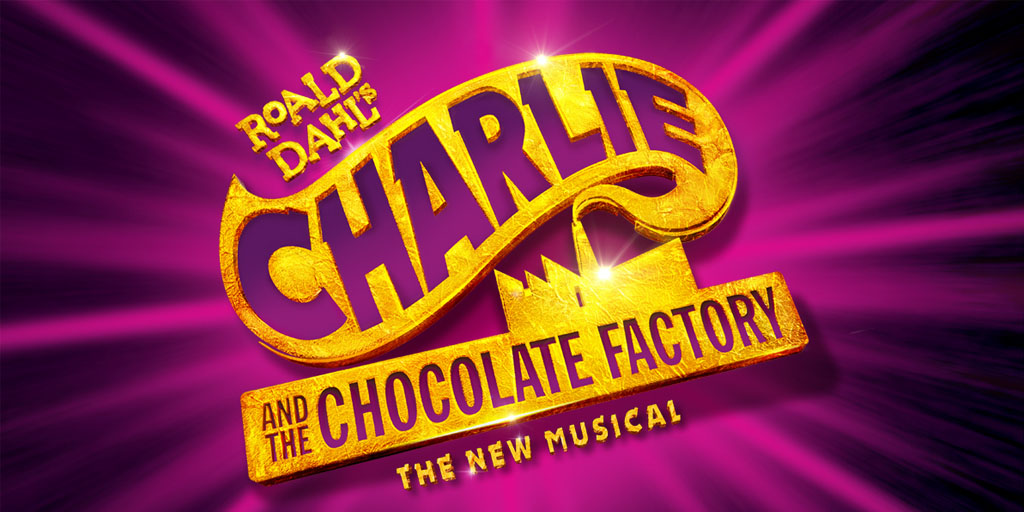 Charlie and the Chocolate Factory has announced that they will record a cast album and that they will begin a policy for rush tickets! Get more details about both on TheaterMania.com.

Happy 40th Anniversary to Annie, which originally opened on Broadway on this day in 1977!

“Shadowhunters,” starring Broadway alum Katherine McNamara (A Little Night Music), has been renewed for its third season! Find out more on Deadline.com.

The casts of Kinky Boots, The Lion King, A Bronx Tale, and many other shows will perform at this year’s Easter Bonnet Competition! In addition, Waitress and Sunday in the Park with George will be among the shows honored in a bonnet parade. Find out more on BroadwayWorld.com.

A friend sent this from Us Weekly 🎬 @camerons224

And here are pictures and videos from the kids of Sunday in the Park with George, Miss Saigon, Amelie, Anastasia, Charlie and the Chocolate Factory, Waitress, School of Rock, and Kinky Boots!

You can watch a livestream of the Drama League nominations announcement, which will take place next Wednesday! Get more details on BroadwayWorld.com.

So exciting, I have my own Action Video Game coming out! I am my own avatar, voice, and body moment! I will let you know more details when I am allowed! It is awesome! #vidoegames #avatar #gamers #actionshot #dreamscometrue #grateful #jakekatzman #xboxone #playstation #wii #arcade

Ellie Kim is scheduled to swing on for School of Rock performances on April 16th, 17th, 18th, 19th, and 21st! Check her Instagram for more:

I will be in six different costumes starting Sunday and here is one of them! Sunday 4/16 as Katie, Monday and Tuesday 4/17 and 4/18 as Madison, and Wednesday and Friday 4/19 and 4/21 as Shonelle!! #sormusical #broadwayunderstudies #quickchange

“The Unexplainable Disappearance of Mars Patel,” a new podcast series featuring Rileigh McDonald (Matilda), returns on April 17th! Be sure to listen!

Get your first look at Charlie and the Chocolate Factory on EW.com!

Watch a special message from the School of Rock cast to their West End counterparts, who just won the Olivier Award for Outstanding Achievement in Music, below or on BroadwayWorld.com!

And here are pictures and videos from the kids of Amelie, Anastasia, On Your Feet, Kinky Boots, School of Rock, Waitress, Sunday in the Park with George, Charlie and the Chocolate Factory, and The Lion King!

A post shared by Audrey Catherine Bennett (@audreybennettactor) on Apr 8, 2017 at 8:50pm PDT

A post shared by Audrey Catherine Bennett (@audreybennettactor) on Apr 8, 2017 at 9:00pm PDT

A post shared by Madison Elizabeth Lagares (@madisonlagaresofficial) on Apr 8, 2017 at 7:59pm PDT

A post shared by Madison Elizabeth Lagares (@madisonlagaresofficial) on Apr 9, 2017 at 4:56pm PDT

A post shared by Madison Elizabeth Lagares (@madisonlagaresofficial) on Apr 9, 2017 at 6:14pm PDT

Congratulations to Gianna Harris and Ellie Kim, who went on for Tomika and Shonelle, respectively, in School of Rock yesterday!

Today, Olivia Chun (School of Rock, The King and I) took over the School of Rock Instagram and Snapchat accounts! Take a look at her posts–both usernames are SORMusical.

And here are pictures and videos from the kids of Kinky Boots, Sunday in the Park with George, A Bronx Tale, School of Rock, Miss Saigon, On Your Feet, and Waitress!

A post shared by #SundayintheParkwithGeorge (@sundayparkbroadway) on Apr 8, 2017 at 2:51pm PDT

A post shared by Madison Elizabeth Lagares (@madisonlagaresofficial) on Apr 8, 2017 at 2:50pm PDT

Check out these pictures and videos from the kids of On Your Feet, Kinky Boots, School of Rock, Waitress, Anastasia, Miss Saigon, Sunday in the Park with George, and BroadwayCon!

A post shared by Madison Elizabeth Lagares (@madisonlagaresofficial) on Mar 3, 2017 at 8:59pm PST

A post shared by Christopher Convery (@christopherconvery) on Mar 9, 2017 at 6:55pm PST 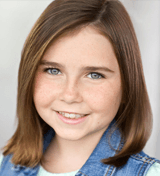 “Sleeptalker,” a short film written, directed, produced, and edited by and featuring Jillian Lebling (Once) will be shown in San Francisco this month! Congrats, Jillian! Get more information on AlbanyFilmFest.org.

Check out pictures from Kids’ Night On Broadway on TheaterMania.com!

Congratulations to Luca Padovan (School of Rock, Newsies), Anthony Rosenthal (Falsettos), and young theater critic Iain Armitage, who all made YesBroadway.org’s Top 40 Under 40 list! Check it out on YesBroadway.org.

And here are pictures from the kids of Waitress, School of Rock, The Lion King, Kinky Boots, Anastasia, On Your Feet, and BroadwayCon!

A post shared by Madison Elizabeth Lagares (@madisonlagaresofficial) on Feb 24, 2017 at 8:37pm PST 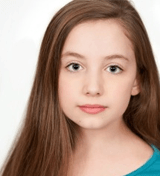 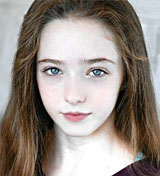 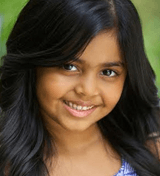 Beada Briglia (Matilda) and Alexa Shae Niziak (The Mother of Invention, Women Without Men, Matilda, A Christmas Story, Cat on a Hot Tin Roof) will star in Henry, Sweet Henry at 54 Below! Get tickets and more information HERE.

Swayam Bhatia (Dream Street) will appear in All Star Cabaret in NYC this Sunday! Reserve your tickets HERE.

Check out this video from Kinky Boots and #StandForLove with the Broadway community!

And here are pictures and videos from the kids of School of Rock, Waitress, Anastasia, Amelie, Sunday in the Park with George, On Your Feet, and BroadwayCon!

A post shared by Madison Elizabeth Lagares (@madisonlagaresofficial) on Feb 21, 2017 at 2:00pm PST