When I Grow Up, our Broadway kid alumni interview series, is back with Akira Golz (Matilda), who is now starring as the title role in the brand new Nick Jr. show “Nella the Princess Knight”! Our founder Lindsay talked with Akira about Matilda, “Nella,” and her favorite things to do in NYC. Check it out HERE!

Check out photo coverage from opening night of Sunday in the Park with George on Playbill.com, BroadwayWorld.com, and Broadway.com!

Take a look at opening night pictures from If I Forget on Playbill.com!

Our founder Lindsay caught up with Zoe Manarel (Matilda, A Little Princess) at In and Out in LA and had a great time! Thanks Zoe and mom Laura!

And here are pictures and videos from the kids of Amelie, Sunday in the Park with George, School of Rock, Waitress, and BroadwayCon!

Break a leg to Mattea Marie Conforti (Matilda) and the company of Sunday in the Park with George on their opening night tonight!

The film of Newsies will return to theaters one more time on March 4th! Get more details on BroadwayWorld.com.

Christopher Convery (Kinky Boots) has a new website from Stage Door Designs! Check it out HERE.

Check out pictures of the company of Everybody on their opening night on Broadway.com!

There are pictures from opening night of If I Forget on TheaterMania.com!

Here’s a hint about our next alumni interviewee: they switched their mode of transportation from scooter to unicorn! Any guesses? Only one more day until the interview is released!

Get a sneak peek at the cast of Anastasia in rehearsals on Broadway.com! Also, check out photo coverage from the show’s press event yesterday, also on Broadway.com.

Playbill takes you behind the scenes at School of Rock via Snapchat! Find out more HERE.

Here’s the full video of the Annie segment from Inside Edition!

And here are pictures and videos from the kids of School of Rock and On Your Feet!

A post shared by Annabelle Wachtel (@annabellewachtelofficial) on Feb 22, 2017 at 8:59am PST

A post shared by Madison Elizabeth Lagares (@madisonlagaresofficial) on Feb 22, 2017 at 2:34pm PST

A post shared by Madison Elizabeth Lagares (@madisonlagaresofficial) on Feb 22, 2017 at 3:04pm PST

A post shared by Madison Elizabeth Lagares (@madisonlagaresofficial) on Feb 22, 2017 at 9:44am PST

Happy opening to Seth Michael Steinberg and the company of If I Forget at Roundabout Theatre Company! Break legs!

Get your first look at Sunday in the Park with George on Broadway.com!

Check out pictures from press day at Charlie and the Chocolate Factory on Broadway.com and TheaterMania.com!

Take a look at pictures from opening night of Everybody on TheaterMania.com!

Get a sneak peek at Inside Edition’s segment on the 40th anniversary of Annie below!

And here are pictures and videos from the kids of Charlie and the Chocolate Factory, Anastasia, The Lion King, and School of Rock! 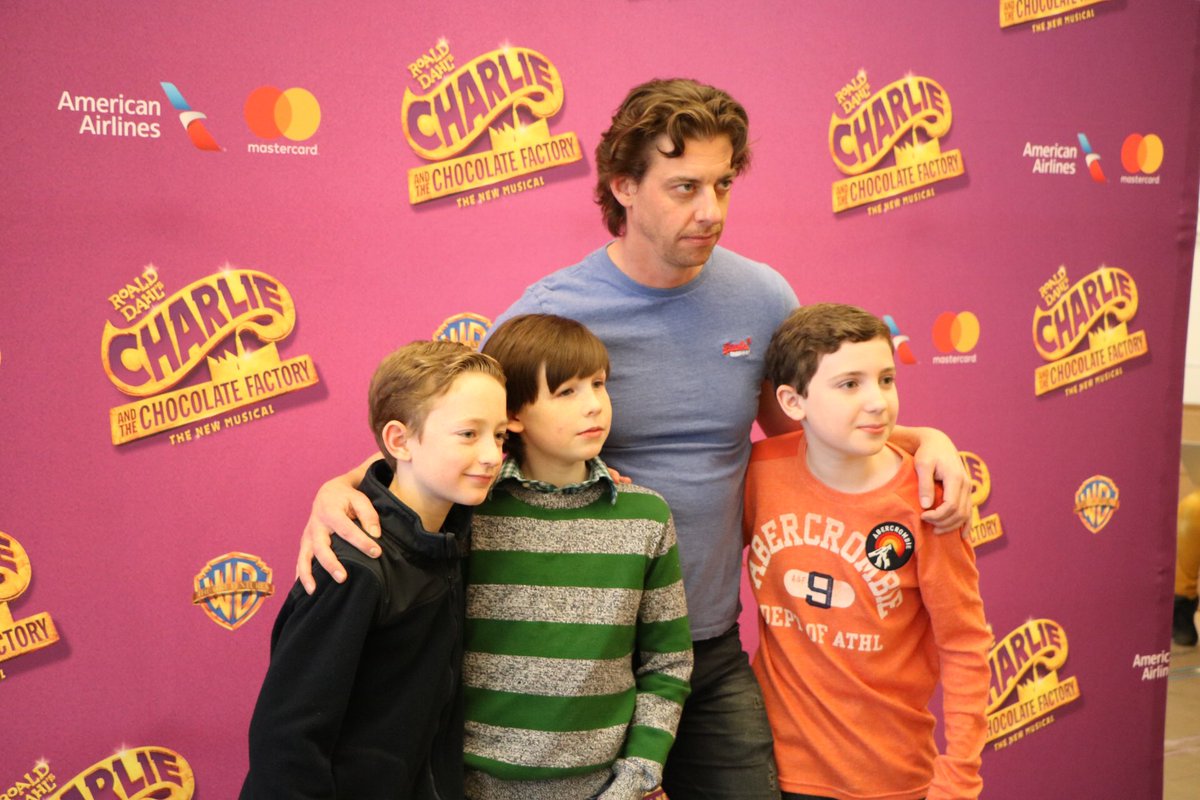 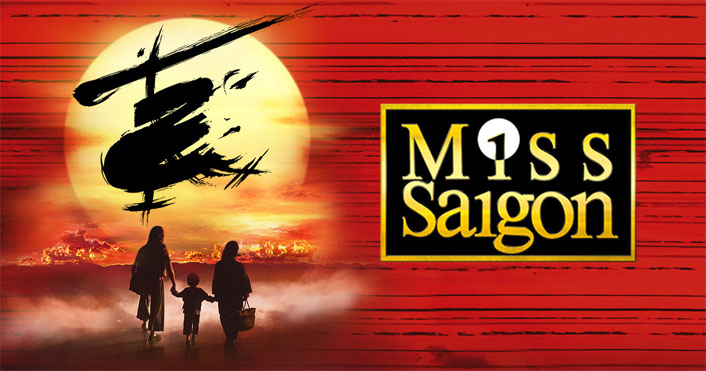 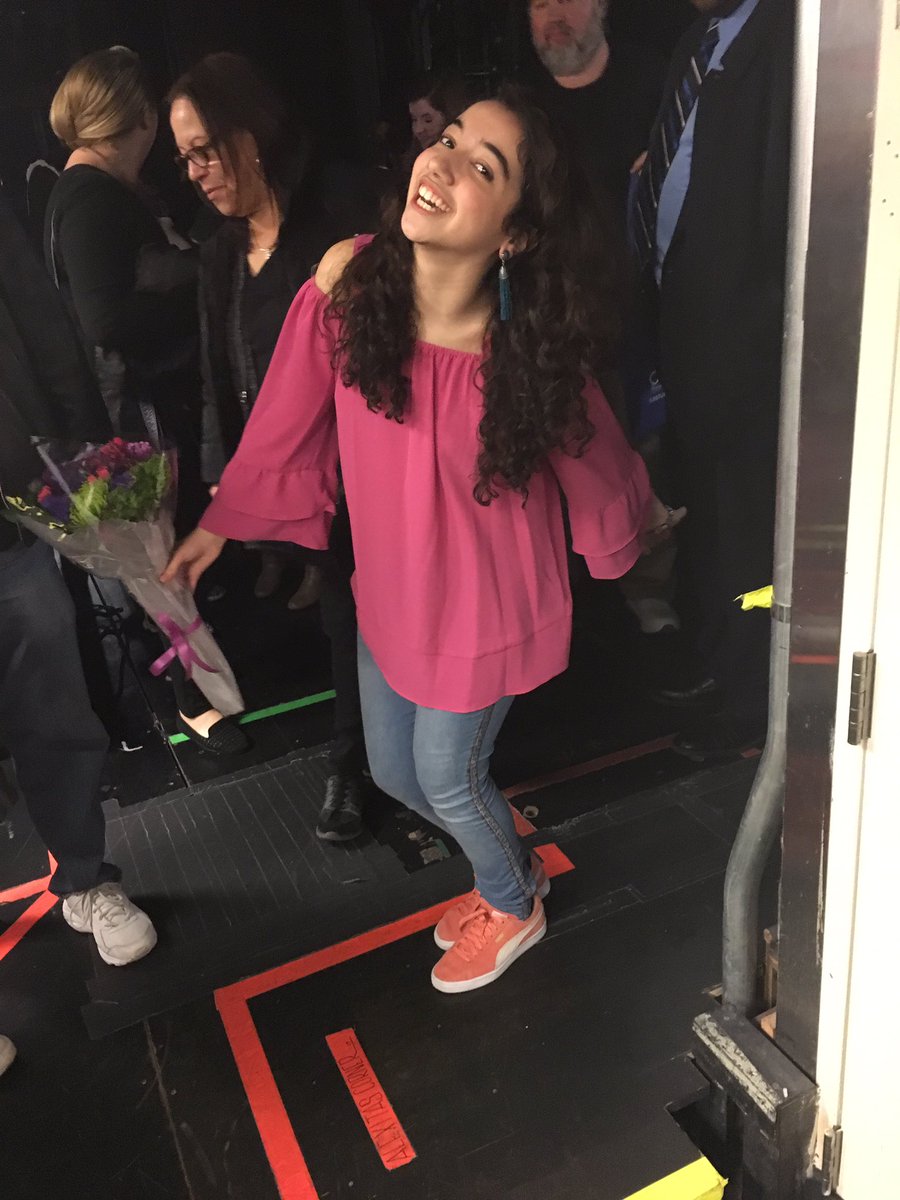 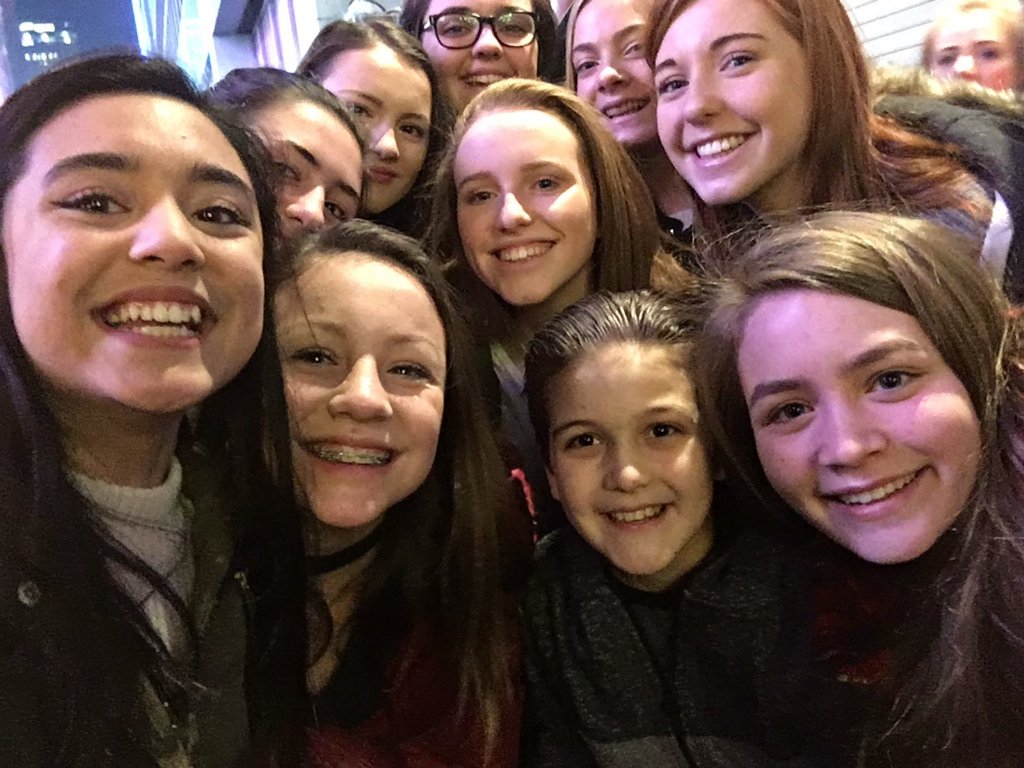 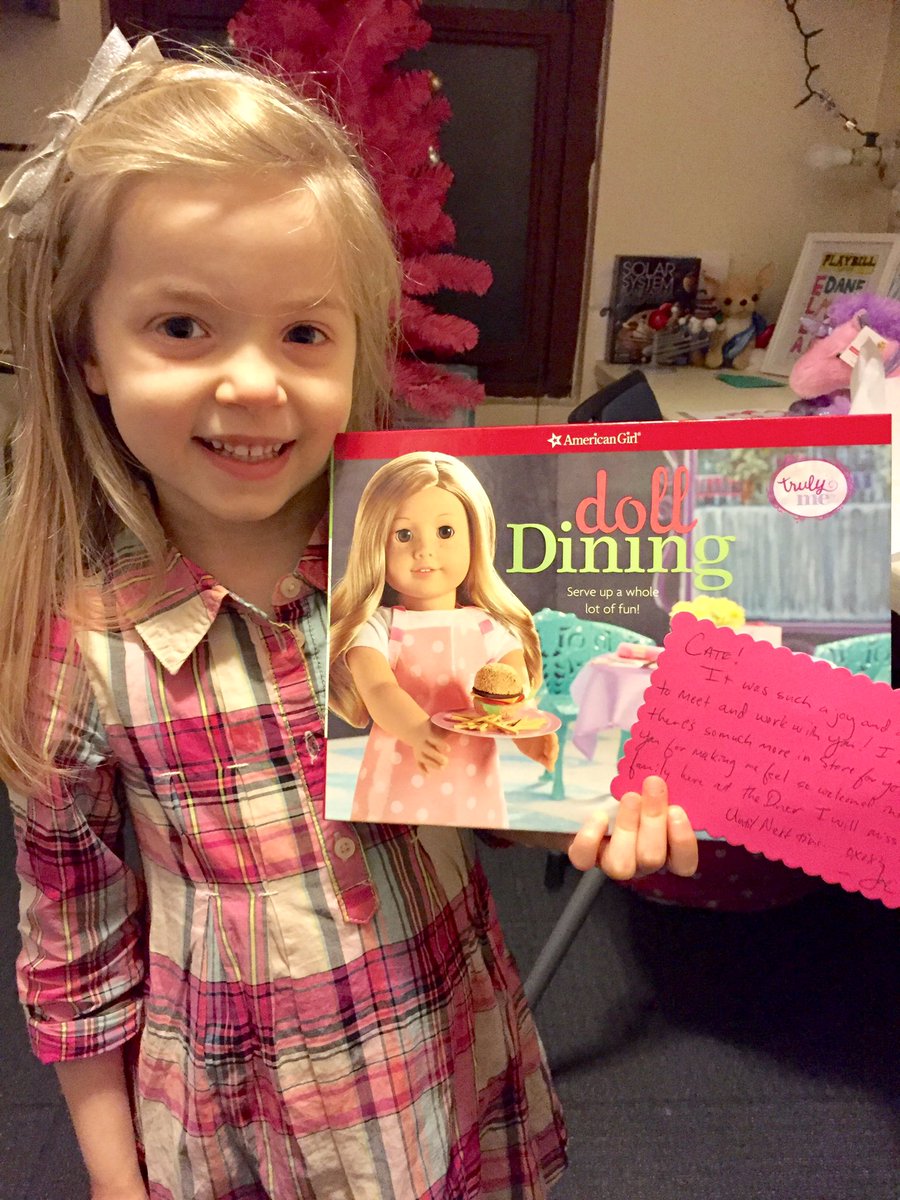 A national tour of On Your Feet will launch in October 2017! Get more details on TheaterMania.com.

Congratulations to Akira Golz (Matilda) on the premiere of “Nella the Princess Knight,” which aired yesterday and in which Akira voices the title role! Check out her interview with People.com.

Brandon Niederauer (School of Rock) is doing a show in Connecticut! Get more information HERE.

Here’s a cute promo for the final two days of Matildapalooza at 54 Below, February 16th and 17th!

Nicole Wildy (Dream Street) has been cast in the one-night-only concert of Boy Meets Girl! Find out more:

GiaNina Paolantonio (Matilda) is now appearing in a commercial for Pace Salsa! Watch it below:

And here are pictures and videos from the kids of Charlie and the Chocolate Factory, School of Rock, The Mother of Invention, Waitress, On Your Feet, Kinky Boots, and the Broadway kid panels at BroadwayCon!

Be on the lookout for a “Stranger Things” teaser, featuring alumni Gaten Matarazzo (Les Miserables, Priscilla Queen of the Desert) and Caleb McLaughlin (The Painted Rocks at Revolver Creek, The Lion King), during the Super Bowl tonight!

Here’s Lynn Masako Cheng (The King and I) and Alyssa Marvin (Number the Stars) singing “When I Grow Up” with their castmate from the Annie national tour Heidi Gray!

And here are pictures and videos from the kids of Annie, Sunday in the Park with George, Matilda, Kinky Boots, School of Rock, Charlie and the Chocolate Factory, Waitress, and On Your Feet!

A photo posted by Annabelle Wachtel (@annabellewachtelofficial) on Feb 4, 2017 at 4:02pm PST

Happy first preview to the company of If I Forget at Roundabout Theatre Company!

And here are pictures and videos from the kids of School of Rock, Kinky Boots, Waitress, The Lion King, On Your Feet, and Matilda!

A video posted by Annabelle Wachtel (@annabellewachtelofficial) on Jan 31, 2017 at 9:04pm PST

The cast of "Stranger Things" has advice to kids watching at home. #SAGAwards pic.twitter.com/If1wSHTQCp

LET'S GET TOGETHER this weekend to celebrate ART and some amazing artists ❤❤ This SATURDAY 2/4 AND SUNDAY 2/5 I'll be hosting the Harlem School of the Arts WINTER BLAZE directed by Mr. AUBREY LYNCH. Tix on sale now @ www.hsanyc.org #hsa @hsanyc Photo by @madworksphoto

Watch the cast of On Your Feet sing “Seasons of Love”!

Here’s Anthony Rosenthal (Falsettos) in his vlog from the third and final day of this year’s BroadwayCon!

And here are pictures and videos from the kids of Amelie, Waitress, The Lion King, and lots of our alumni at BroadwayCon! 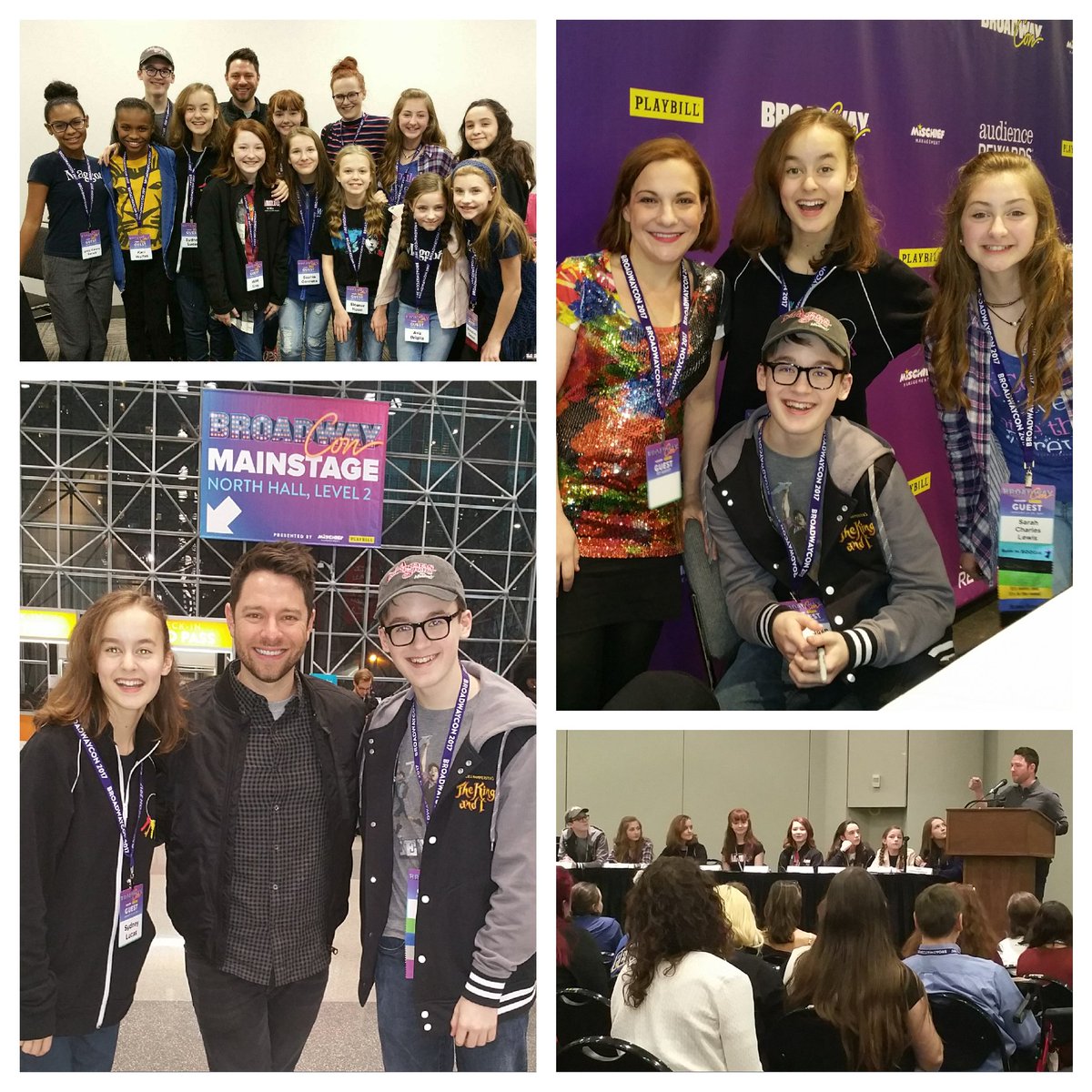 Check out photo coverage of the Falsettos CD release event at Barnes & Noble on both BroadwayWorld.com and TheaterMania.com!

Check out these pictures of alumni Madeleine Pace (Once) and Swayam Bhatia (Dream Street) filming their segment on “The Tonight Show Starring Jimmy Fallon”!

Here’s a vlog from Anthony Rosenthal (Falsettos) about the second day of BroadwayCon!

And here are pictures and videos from lots of our alumni at BroadwayCon this weekend! 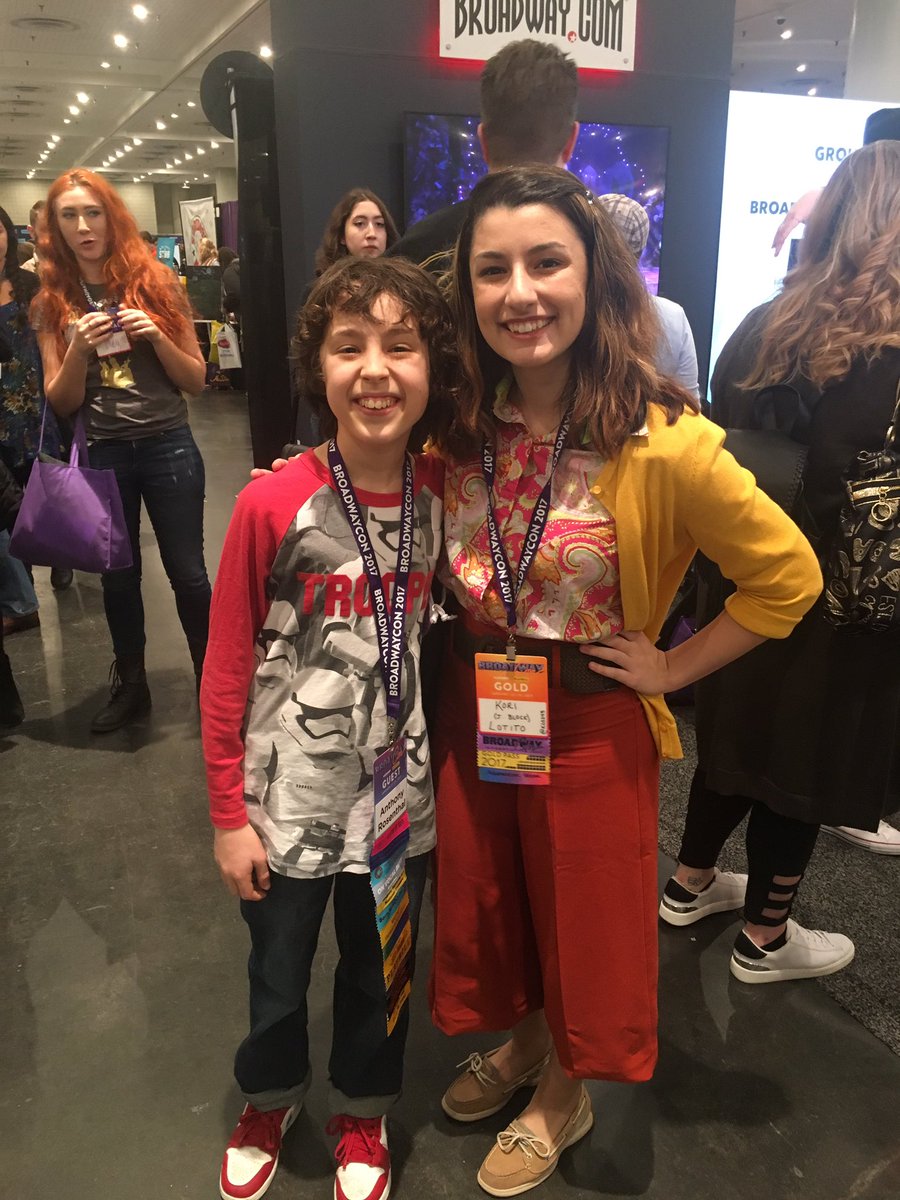