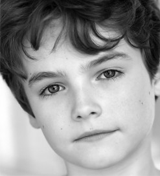 Catch Christopher Convery (Kinky Boots) on “The Blacklist: Redemption” on March 30th at 10pm on NBC! Find out more:

The pre-Broadway tryout of Trevor: The Musical, which will feature a predominantly teen cast, will bow this fall at the Writers Theatre in Glencoe! Get more information on ChicagoTribune.com.

Assassins and Really Rosie are coming to Off-Broadway with Encores! this summer! Get more details on Playbill.com.

And here are pictures and videos from the kids of Sunday in the Park with George, Amelie, Waitress, School of Rock, Kinky Boots, and BroadwayCon!