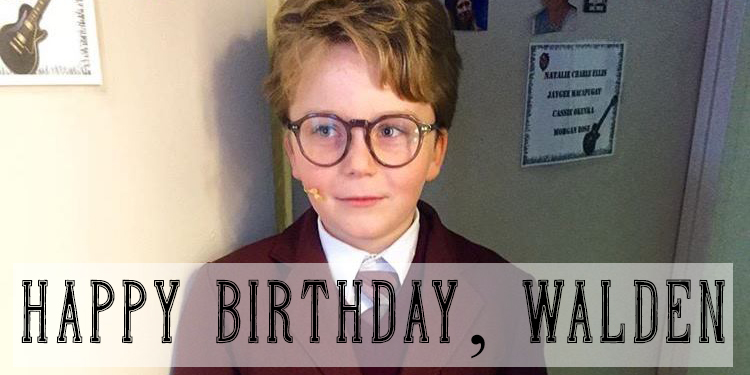 Happy belated birthday to Walden Sullivan (School of Rock)! We hope you had a great day, Walden!

Paul Luke Bonenfant went on as Zack in School of Rock tonight!

Caleb McLaughlin (The Lion King, The Painted Rocks at Revolver Creek) has joined the cast of the upcoming TBS show “Final Space,” alongside David Tennant, Fred Armisen, and more! Get more details on DigitalSpy.com.

Allie Trimm (13, Bye Bye Birdie) will perform at the installment of New Writers at 54! on July 30th, which features new music by Alexander Sage Oyen! Get more details on 54Below.com.

Anastasia took part in today’s Broadway in the Boros event at 12pm at Albee Square Plaza!

The cast of School of Rock took part in a video for Bway Zone!

Also, here are the School of Rock kids doing their #Ham4All video!

As we announced yesterday, Grayson Taylor (Mothers and Sons, New York Spring Spectacular) will appear in Playwrights for a Cause, in Catherine Filloux’s Snow Day! Mehret Marsh (The Lion King) will be in Jose Rivera’s Fall of the Sparrow. Check out pictures of Grayson rehearsing:

And here are pictures and videos from the kids of School of Rock, Charlie and the Chocolate Factory, The Lion King, On Your Feet, and Peace, Love and Cupcakes!

A post shared by Madison Elizabeth Lagares (@madisonlagaresofficial) on Jul 12, 2017 at 8:00pm PDT