When I Grow Up: Christopher Paul Richards Flies from “Neverland” to Hollywood 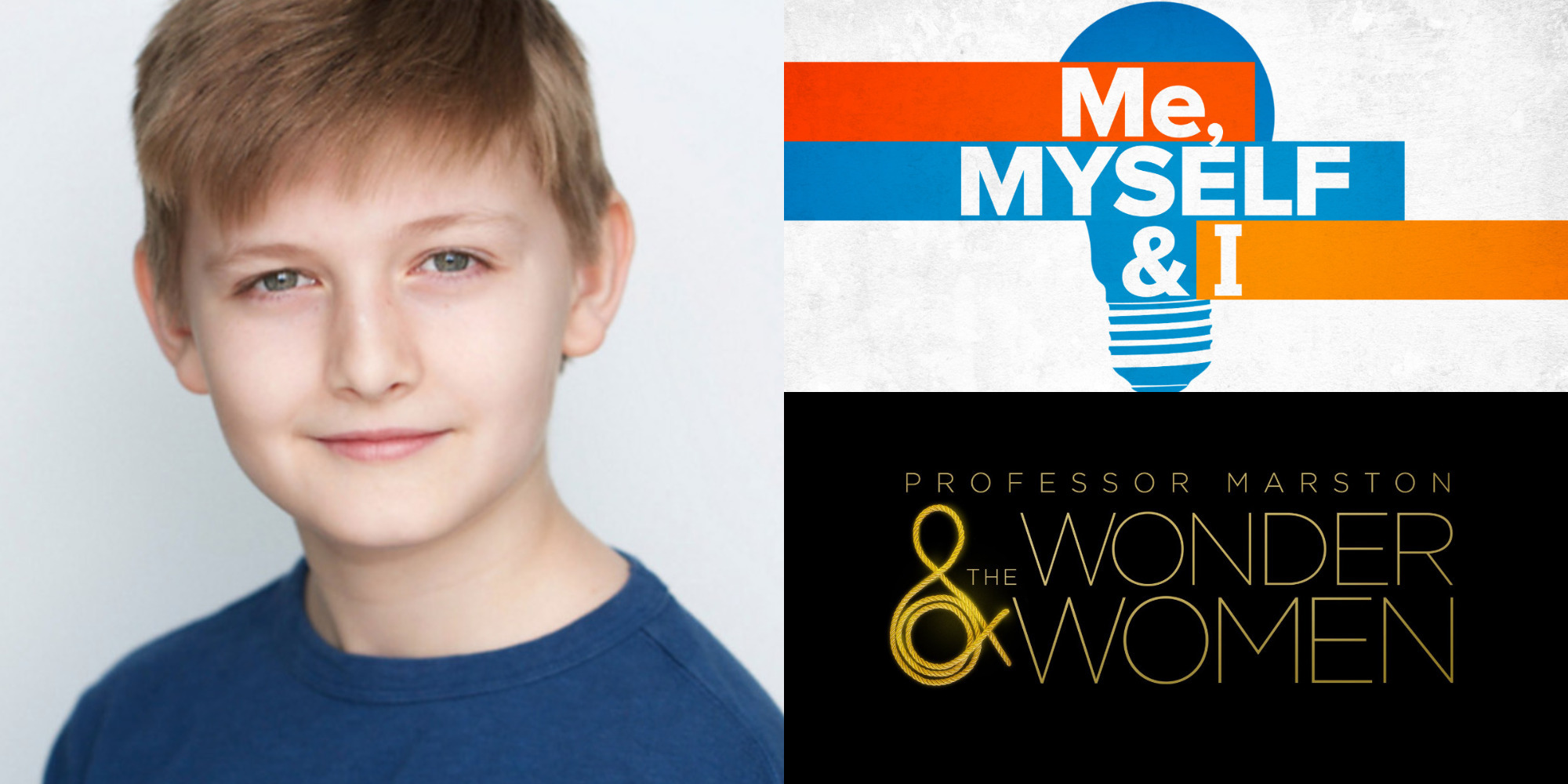 Welcome to another edition of “When I Grow Up”, our interview series with young Broadway alumni where we discuss their post-Broadway projects! In 2015, Christopher Paul Richards made his Broadway debut in Finding Neverland, but he already had an impressive resume with appearances on “Billions” and “The Heart, She Holler” and a performance with the London Philharmonic. Now he’s about to have a significant fall season with a brand new T.V. series (“Me, Myself, and I”) premiering tonight and a high profile movie (“Professor Marston & The Wonder Women”) releasing in October. We caught up with the young actor and discussed his time with “Finding Neverland”, what it was like playing multiple characters, and his brand new Hollywood projects.

How did you get started in entertainment?
I’ve always liked the thought of entertaining people and my parents used to be actors on Broadway and TV and Film so I said “Why not try this acting thing out?” and I wound up loving it. When I was 10 I got into the Professional Performing Arts middle school in NYC. Then I got an agent and started auditioning. In 6th grade I was lucky enough to get my first big job on Broadway and also one on TV.

What is it like being in an original Broadway cast?
It’s so great because you feel special like your making history, there is only one original Broadway cast for each show and I was lucky enough to be part of the amazing cast of Finding Neverland. Plus since it was Harvey Weinstein’s first Broadway show too we had this amazing opening night party with all these incredible actors and movie stars and these amazing guests would come back stage all the time like Julie Andrews, Bryan Cranston, Jennifer Lawrence and Bradley Cooper.

What’s the most memorable moment you had backstage at Finding Neverland?
Probably when everyone in the room was playing solitaire and drinking tea.

On opening night, moments before the curtain came up, we all just came together and stood in a circle and held hands. We didn’t really say anything we just made this magical connection and then the music started and Tinkerbell came flying down from the rafters and the curtain opened and Mathew Morrison caught tink and put her in his pocket and the crowd went wild and we were transported to Neverland for the next 2 hours. I still get goose bumps when I think about what an amazing experience that was.

Finding Neverland was unique in that each of the children in the show rotated roles almost every night, with you play George, Peter and Jack. All of you had to learn multiple roles (similar to a swing). How did you learn all of your roles?
After I memorized the parts, I just put myself in the character shoes and focused on just that one character. We rehearsed for 2 months before we opened, so we really got to know the show. By opening night I think I accidentally learned almost everyone’s part in the entire show.

Describe to us “Me, Myself, and I” and who you play.
“Me myself & I” is about 3 stages of Alex Riley’s life and I play young Alex’s step brother Justin, who is a happy go lucky guy who only wants the best for his little bro Alex, played by the very talented Jack Dylan Grazer, who is so great to work with.

Just judging by the commercials for the show, you are hilarious on “Me, Myself, and I”. What’s the best part about filming a comedy?
After working on a Broadway Musical for over a year and playing multiple roles and having to watch your mother die 8 shows a week, it was great fun to change gears and be part of TV show where you are doing comedy and plus everyone in the cast is hilarious on screen and off screen… So it’s non stop fun, everyday is a blast.

Take me through a typical day on set for “Professor Marston”.
“Professor Marston & The Wonder Woman”, was my first film role. And we shot on location in Boston so on a typical day we’d wake up at this great hotel eat a buffet breakfast, then they would drive you to the set, then I would get in my 1940’s period costume and makeup, rehearse the scene with and shoot it with these amazing actors, director and crew.

What kind of preparation goes into filming a biopic like “Professor Marston”?
I read the script and since it’s a true story there was some background on the characters and then I worked with the director on the performance, even though it’s not that big of a part, so much care and time was spent shooting my scenes. The Director, Angela Robinson, is so nice and such a hard worker. She would take her time and make sure everything was just right and Luke Evans and Rebecca Hall (who played my parents), they are both these super talented movie stars from England who are so professional, it was so great to get to see up close how great actors work.

Is there any other part of the industry you want to try in the future (directing, writing, etc.)?
For now acting is great, but I definitely think in the future I might want to try directing & writing. Being on the studio lot at Warner Bros almost everyday is like a dream come true. I get to work at the same place where they made “Batman”, “Casablanca”, “Friends”, “The Big Bang”, and they have a tour with a museum with all this history and information so I’m inspired to want to learn everything about TV & Film, and every week we get another amazing director to work with so I’m the luckiest kid in the world right now.

Favorite food to eat in NYC
Pizza pizza pizza…oh and the halal guys on 53rd Street and Broadway.

If you could switch roles with anyone currently on Broadway (male or female), who would it be?
Ben Platt in Dear Even Hansen (Benj Pasek and Justin Paul are amazing composers)

If someone wrote a musical about your life, what would it be called and what would the showstopping, 11 o’clock number be called (so something in the vein of Defying Gravity, Don’t Rain On My Parade, etc.)?
Making it! The Musical about a boy who loved to entertain. Show stopper: Showbiz!

“Me, Myself, and I” premieres tonight on CBS at 9:30/8:30c. “Professor Marston” hits theaters October 13. You can watch previews for both below! Thank you to Christopher, his family, and his team for taking the time!