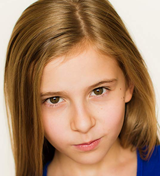 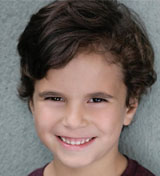 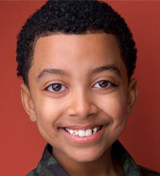 Last night was the season premiere of “Single Parents,” at 9:30/8:30c on ABC, with alumni Tyler Wladis (A Christmas Story Live) and Devin Trey Campbell (Kinky Boots)! Did you tune in?

Our Dear Dead Drug Lord has extended its Off-Broadway run through October 27th!

Congrats to Aaralyn Anderson (Ballyturk), whose episode of “New Amsterdam” aired this week and happened to be the season premiere! You can catch the full episode on NBC’s website.

Katherine McNamara (A Little Night Music) will lead an “Arrow” spinoff! A pilot is currently in development. Get more details on Deadline.com!

Cate Elefante (Waitress) has been cast in the upcoming movie “A Mouthful of Air,” as the younger version of Amanda Seyfried’s character!

If you are looking to see a show during the week of Halloween, you should know that some shows have modified their schedules for that week! Check out our guide for our featured Broadway and Off-Broadway productions’ altered schedules.

Speaking of Halloween, Beetlejuice has a lot of spooktacular events coming up in October! Check out a full list of what they’ll be up to on BroadwayWorld.com.

Ethan Halford Holder (The King and I) is playing Prince Eric in The Little Mermaid at North Central High School in Indianapolis this November! Get tickets HERE.

Elie Samouhi (A Christmas Story Live) is currently in production for a new Disney Channel movie! Find out more on Deadline.com.

Delaney Quinn (Waitress) appears in this commercial for ESPN SportsCenter!

Check out these video highlights from Broadway Flea Market!

And here are pictures and videos from the kids of Beetlejuice, Frozen, and Waitress!