Happy Trails to the company of The Rose Tattoo! We can’t wait to see what’s next for all of you!

Sophie Knapp (Once, Dream Street, A Little Princess) will return to a future Knicks game to sing the National Anthem!

SO excited to be returning to sing the anthem @msgnetworks again in a few weeks 😉.. guess which games I’ll be singing at ?? Stay tuned 🎶 🎤 🎵 can’t wait !!!

Watch Isabella Russo, Nicholas Hutchinson, and their The Underlying Chris castmates talk about their show!

“Messiah, a new Netflix series with Nicole Scimeca (Anastasia), will arrive on Netflix on New Year’s Day! Get more details on Deadline.com.

Let the holiday countdown begin! Get the best looks for your holiday parties! #SleighYourStyle #BeMoreYou

Our Dear Dead Drug Lord and The Underlying Chris will hold a toy drive for the holidays! Find out more on BroadwayWorld.com.

Check out the first footage from Mrs. Doubtfire from King5 News! The clip starts at 1:07.

And, here’s a new production photo:

Learn more about how Ella Rubin got her start in the business, plus how she booked The Rose Tattoo, in an interview with WWD! She’s also featured in Hollywood Life!

A stage version of the “Eloise” children’s book series is possibly in the works! Find out more on Playbill.com.

National Anthem performance at Madison Square Garden @thegarden this past weekend for the Knicks vs Celtics game . It was a complete honor to have performed in this amazing arena 🎼❤️ Thank you @sherrykayne and @take3talent for your support and making this possible 😊#madisonsquaregarden #basketball #game #vocal #vocalist #singer #blessed #nationalanthem #flag #music #starspangledbanner #12 #12yearsold #instagood #instamusic #madisonlagares #musically

A post shared by Madison Elizabeth Lagares (@madisonlagaresofficial) on Dec 4, 2019 at 5:58pm PST

The cast of Beetlejuice recently performed songs from the cast album at Barnes & Noble, and signed copies of the album! Get more information on BroadwayWorld.com.

And here are pictures from the kids of The Rose Tattoo and Dear Evan Hansen! 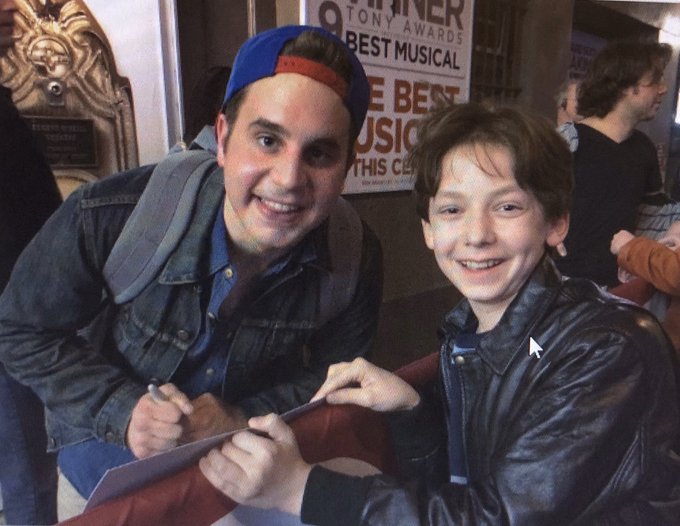