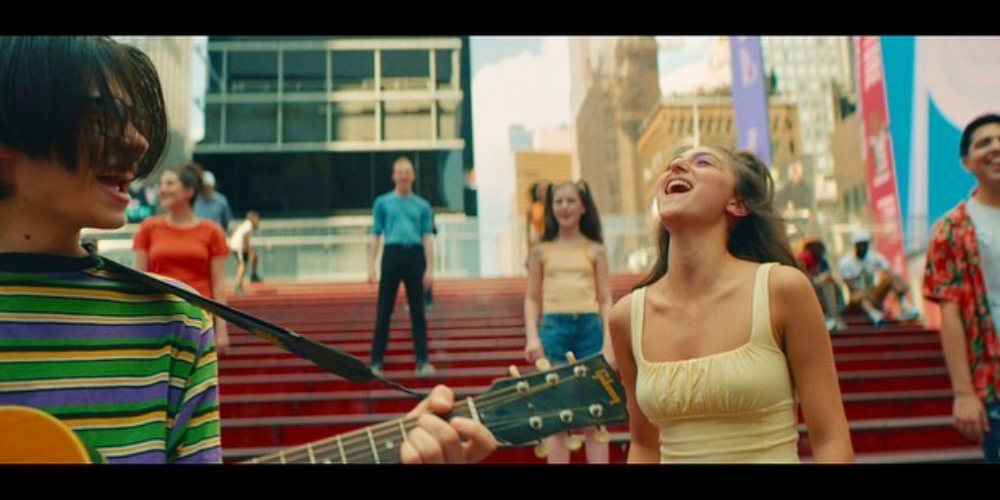 Additionally, Analise was featured in SI Live for her work in the video. You can read the article HERE.

What lies #JustBeyond will shock and haunt you 😱👻 Stream the all-new Original Series based on the best-selling graphic novel series from R.L. Stine this fall on #DisneyPlus. (1/2) pic.twitter.com/hFWpqNspBV

Broadway in Bryant Park will feature a one day only concert for its 2021 edition in lieu of the normal weekly summer concerts. Scheduled to perform are the casts of Caroline Or Change, Doubtfire, The Lion King, and Waitress! Exact lineups are TBA. The event is scheduled for September 23rd at 12-2pm in Bryant Park. Lawn seating is first come first served.

Catherine Ashmore Bradley (Harry Potter and the Cursed Child) has been cast in Nickelodeon’s live action “Loud House” movie called “A Loud House Christmas” alongside her sister Aubin! Catherine will play Luan and Aubin will play Lucy. Watch the trailer below!

Congrats to Audrey Bennett (Frozen, Amelie) who will voice a character in an upcoming episode of Netflix’s “Ridley Jones”!

Congrats to Chloe Bryan (School of Rock) who has been cast in the new opera “The Time of Our Singing”, which is playing the Opera House La Monnaie in Brussells, Belgium this fall! Get tickets HERE.

If you’re in the St. Louis area, you can still see Elizabeth Teeter (The Secret Life Of Bees, Mary Poppins, The Crucible) in The Glass Menagerie as part of the Tennessee Williams Festival now through August 29th! Get tickets HERE.

The Muny’s On Your Feet (with Broadway alumni Isabella Iannelli and Jordan Vergara) is now playing! Read the interview Isabella did with Broadway World HERE.

You can see Tess Murphy (Waitress) modeling for Pink Chicken below!

Take a look at this throwback from the original Broadway production of Falsettos with Sivan Cotel as Jason!

And here are pictures from the kids of Caroline Or Change, Flying Over Sunset, and The Lion King!

A post shared by a l a y n a (@alaynamartus)