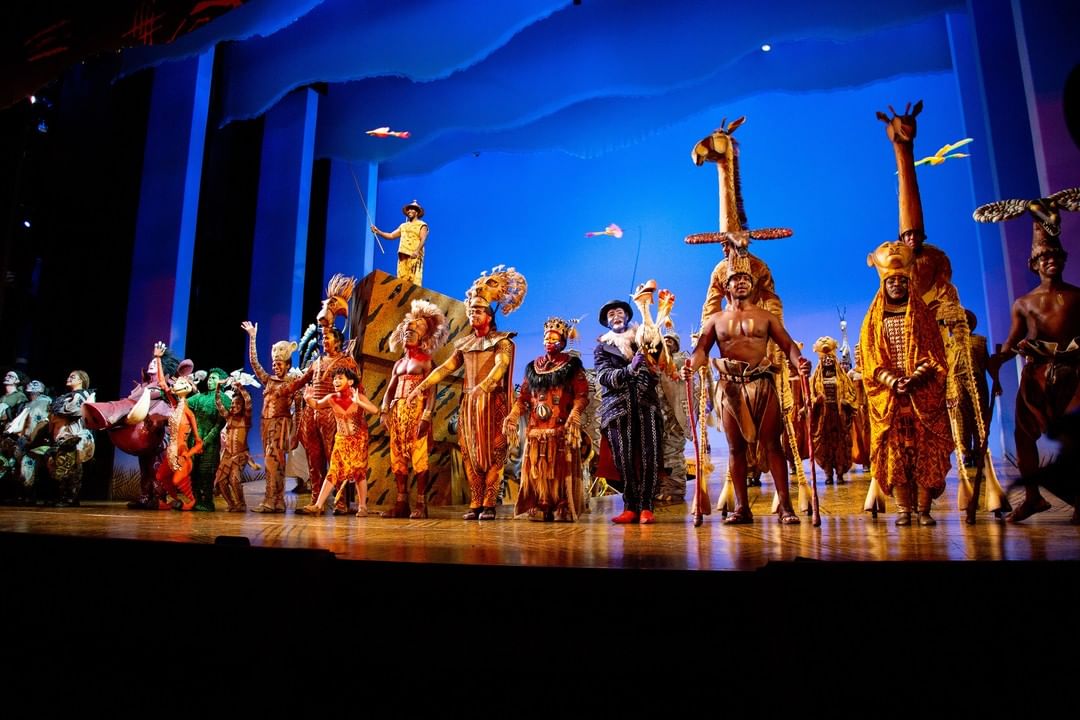 Check out the photos below from The Lion King‘s reopening night, as well as Vince Ermita and Sydney Elise Russell‘s debut!

Disney also posted a montage from the first performance post-shutdown, including bits from “Circle of Life” at the curtain call!

Beetlejuice is accepting video submissions for all principals and ensemble tracks! Get more info for submitting for Lydia HERE. Note: It is Equity rules to require each Broadway production to hold an Equity call at least once a year, so this is not a indicator necessarily that a cast member is being replaced. More casting details to follow!

The kids of Doubtfire – Jake Ryan Flynn and Avery Sell, along with Analise Scarpaci – will sing “What The Hell” at Playbill’s Curtain Up! concert event in Duffy Square in Times Square on September 19th between 11am-1pm! Performers will also include several other Broadway and Off-Broadway productions. This event is free! Get more details HERE.

West Side Story released a brand new trailer, poster, and production photos (with Billy Elliot alum David Alvarez)! See them all below.

A cast recording of Unknown Soldier (with Zoe Glick) will arrive on September 24th! You can pre-order the album HERE.

Walter Russell III (The Lion King) hosted another episode of his podcast The “Paw”-cast tonight with special guest Gloria Manning (The Lion King, Tina)! Watch the entire episode below.

Here’s a promotional clip for Fairycakes with Sabatino Cruz!

This month, we are celebrating Hispanic Heritage Month! Here’s a look at just some of the Hispanic and Latinx young talent who have appeared on Broadway, including the kids from On Your Feet, Les Miserables, The Lion King, and Waitress!

Here’s Carly Gold (“The Ferryman”) and Annabelle Wachtel (“School of Rock”) beginning the mealpacking day at Inrepid Museum as part of National Day of Service by singing “America the Beautiful”! https://t.co/rEg3uc7fxw pic.twitter.com/JSpU1NuKRO