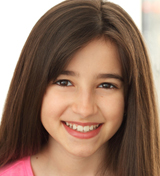 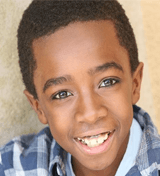 Sophia Kekllas will play her final performance of School of Rock on Sunday, May 13th. Go see her before then if you can!

This will be my last week at Horace Green. It was the hardest decision I've ever had to make but it's time for me to move on.❤️This year was amazing! I got to rock out as Katie! Sing and dance as Marcy and Shonelle! Roadie as Madison and Sophie, take charge as Summer, and work with the best people on Broadway!!!! My final show will be May 13th. I will miss everyone so much. I love you all!❤️❤️❤️ • • • #blessed #love #sorbroadway #broadway #broadwaykids #broadwaydebut #ilovemyfamily #homeawayfromhome #iwillmissyouall #happytrails #thankful

Congrats to “Final Space,” featuring Caleb McLaughlin (The Painted Rocks at Revolver Creek, The Lion King), which has been picked up for a second season! Get more details on Deadline.com.

Ilana Bolotsky, the Once On This Island child guardian, spoke with Dr. Drama about her life as a guardian! Read the interview HERE.

Congratulations to Harry Potter and the Cursed Child, which won six Outer Critics Circle Awards! Check out the full list of winners on Playbill.com.

Here’s a clip of alumni Luca Padovan (Marvin’s Room, School of Rock, Newsies) and Isabella Russo (The Mother of Invention, School of Rock) singing “A Million Dreams” at the recent Broadway Hits for Haiti benefit!

Saturday night was such a blast! I’m so honored to have performed alongside some Broadway legends and with my best friends! The link to the full video of me and @officialisabellarusso’s take on “A Million Dreams” is in my bio! Check it out!

And here are pictures and videos from the kids of Anastasia, School of Rock, The Lion King, Frozen, and A Bronx Tale!