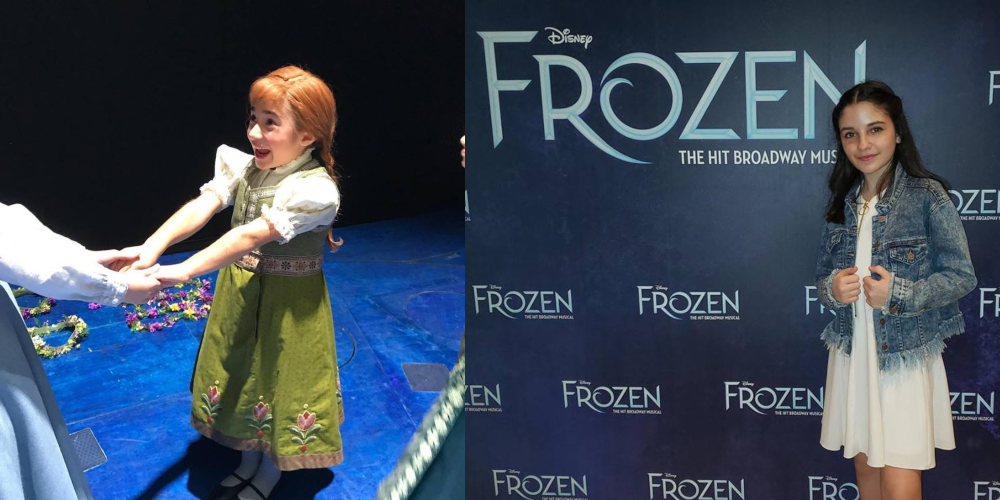 Happy Trails to Leila Rose Gross and Jenna Weir, who played their final performances as Young Anna and Young Elsa in Frozen today! We can’t wait to see what’s next for both of you!

Congratulations to Niles Fitch (The Lion King, Our Lady of Kibeho), who will star in the upcoming Disney+ film “Secret Society of Second Born Royals”! Find out more on ShadowAndAct.com.

Last night, George Franklin (A Christmas Story) performed at 54 Below with his Pace University classmates!

Congratulations to Brooklyn Shuck (The Ferryman), whose show “Evil” has been picked up by CBS! Find out more on Deadline.com, and also check out Brooklyn’s feature in IN New York!

Congrats to Ryder Koehle (The Ferryman), who has booked a gig with Skip Hop!

Very busy scouting out the location before my photoshoot for skiphop . Not used to working Monday’s with my @actorsequity contract 😂 #nymmkids

I’m so excited to be back on @nbcblacklist TONIGHT at 8pm EST! You don’t want to miss this one! . . . . . #nbcblacklist #theblacklist #dossier #actorslife #nyc #la #onset #onlocation #setlife #only2episodesleft #primetime #tgif

Get a peek of Andrew Barth Feldman (Dear Evan Hansen) performing at Stars in the Alley yesterday in Shubert Alley!

And here are pictures and videos from the kids of Frozen and Waitress!