Aaralyn Anderson Appears on “What Would You Do?” Tonight, Playbill To Stream NEWSIES To Benefit The Actors Fund, and more! 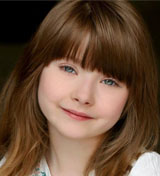 Aaralyn Anderson (Ballyturk) guest starred on another episode of “What Would You Do?” tonight!

Tune in to Playbill later this month when they stream Newsies! Donations will benefit The Actors Fund. Get more details on Playbill.com!

Check out these highlights from “The Show Will Go On,” a recent benefit concert with Rika Nishikawa (The Lion King), Amaris Sanchez (On Your Feet), Nicole Scimeca (Anastasia), and Emily Zimmerman (The Bedwetter)!

And here are pictures and videos from the kids of The Lion King, The Bedwetter, and Caroline, Or Change!