First, we want to send a huge thank you to everyone who’s voted for a better future this year! Check out this parody song, “Joy to the Polls,” featuring Bella May Mordus (The Ferryman, Make Believe), Kara Oates (Mary Poppins, Billy Elliot), Caroline Basu (School of Rock), Alyssa Emily Marvin (Trevor, Dream Street, Number the Stars), and more!

“This song was inspired by the Joy to the Polls movement taking a classic Christmas Carol from the 1700s and turning it into an anthem for turning our tumultuous times into joy.” – Lisa Sharkey, an artist for Biden-Harris Singers and Broadway performers of all ages and stages – some too young to vote, but making a statement in song. New lyrics written in collaboration with Richard Jay-Alexander and video produced and directed by Nellie Beavers #Vote #Vote2020 #artsforbidenharris #bidenharris2020 #broadwayforbiden #joytothepolls @sharkogram @diva_beavah 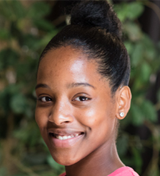 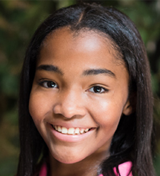 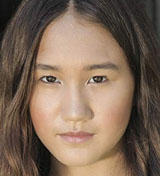 Also, Thursday made an appearance during the Sing Out For Freedom concert last night, alongside Heidi Schreck! Find out more at SingOutForFreedom.com.

How fitting to announce these awards this weekend! This film was written/directed/produced by my incredibly talented friend @calebreesepaul. The Cast of The Nexus won Best Ensemble Cast at Horrors4You! "This young cast deliver all they've got. Just brilliant." and won runner up for Indie Short/Feature Film: Budget from $1000-5000! "The Nexus is a great use of budget – the film has a definite sense of polish that exceeds its limitations." Second of all, the film has also been accepted into the Big Apple Film Festival! Thirdly, the film has won honorable mention for the Young Filmmaker Award at Top Shorts, another big festival! Aaanndd, the film has also been chosen to be in the New York Short Film Festival (NYSFF)!

Congrats to Gabriel Amoroso (Harry Potter and the Cursed Child, Medea), who booked a voiceover gig!

Kids from School of Rock, Frozen, and more will present a concert on November 22nd to benefit Glut 1 Deficiency Syndrome!

I will be hosting a cabaret with @officialwinterdonnelly to spread some holiday cheer and to benefit Glut 1 Deficiency Syndrome on 11/22 (YouTube link to follow). Glut 1DS is a rare neurological disorder that causes seizures, movement disorders and learning delays. This cause is important to me because my brother has this disease. There is no cure currently but experts say it is curable- they just need more funds and research to find the best treatment. Thank you to all these performers for sharing their talents for this important cause! @glut1deficiencyfoundation

Did you watch the election special from “The Amazing World of Gumball,” starring Duke Cutler (School of Rock), which aired on Cartoon Network last night?

Check out these throwback clips leading up to Thanksgiving from previous Macy’s Thanksgiving Day Parades – the casts of the 2012 revival of Annie and the 2015 revival of The King and I performing during the parade!

And here are pictures and videos from the kids of The Lion King, Sing Street, The Bedwetter, and more!