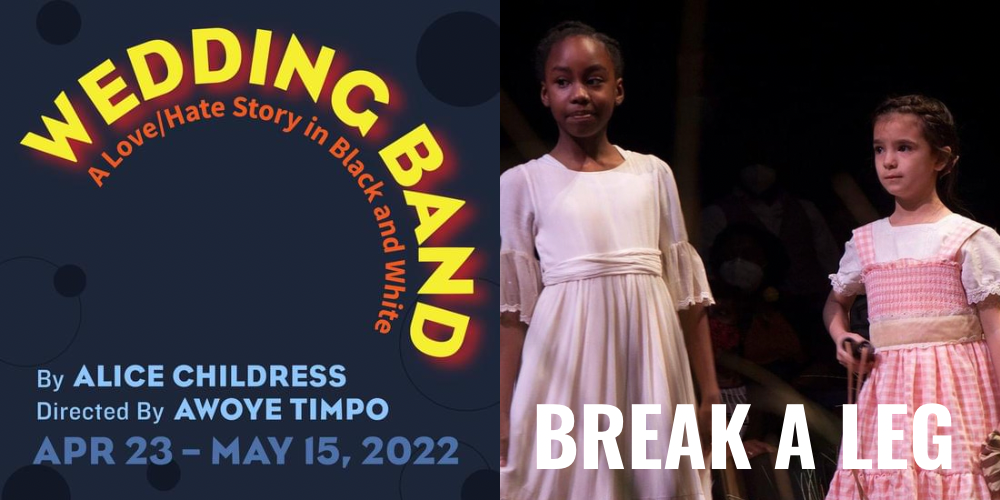 Happy Opening to Phoenix Noelle, Sofie Nesanelis, and the company of Wedding Band at Theatre for a New Audience! Break a leg, everyone!

Good luck to those nominated for Lucille Lortel Awards tonight, including Kimberly Akimbo, Trevor, and Fairycakes!

Congratulations to Ethan Lafazan and Ethen Green-Younger, who recently made their Winthrop debuts in The Music Man!

Analise Scarpaci (Mrs. Doubtfire, Matilda, A Christmas Story) spoke with PIX11! Analise and Lisa Jakub, the original Lydia from the “Mrs. Doubtfire” movie, also spoke with the Today Show – check it out HERE.

You can see Max William Bartos (Sing Street) perform at Don’t Tell Mama on May 6th! Make your reservations HERE.

Serena Parrish (Not Even The Good Things) is playing SpongeBob in her school’s production of The SpongeBob Musical, running May 4-7 in Virginia! Get tickets HERE.

Benjamin Pajak (The Music Man) is featured in Newsweek! Check out the article on Newsweek.com.

Check out these pictures and videos from the kids of The Music Man, Macbeth, The Skin of Our Teeth, Tina, Richard III, and The Lion King!

Finally, it is officially the start of AAPI Heritage Month! Here’s a throwback to Major Curda making his Broadway debut in The Little Mermaid.