Congratulations to the company of The Lion King, which played its 8000th performance last night! Get more details on Playbill.com.

Colin Critchley (New York Spring Spectacular, Waiting for Godot, Kinky Boots) will be seen in the upcoming films “Breaking Brooklyn” and “Life Now, Life Then”! Get more details on his IMDb page.

Congrats to Isabella Russo (The Mother of Invention, School of Rock), who has booked an NBC pilot! Find out more on Deadline.com.

And here are pictures and videos from the kids of Charlie and the Chocolate Factory, School of Rock, Kinky Boots, Everybody, On Your Feet, and Waitress!

Watch the Broadway Matildas sing “You Matter To Me” at “Matildapalooza” on Tumblr!

“The Americans,” starring Holly Taylor (Billy Elliot), will premiere March 5th at 10/9c on FX! Get more details on TVSeriesFinale.com.

Nerghiz Sarki (Fiddler on the Roof, Dream Street) shares her Broadway story with Justice in the video below!

Girl with Heart Nerghiz is a star on the stage! She just finished her first role on Broadway. Way to go, girl! Do you like to sing too? Share YOUR story using #LiveJustice!

Over the weekend, lots of Broadway kids joined together to support PEN America! Here’s Abigail Shapiro (Liberty, How the Grinch Stole Christmas) singing the National Anthem at the event:

Here’s a clip from performing the national anthem yesterday!

And here are pictures and videos from the kids of School of Rock, The Lion King, Waitress, and Kinky Boots!

Happy first night of Hanukkah to those who celebrate!

And here are pictures and videos from the kids of Matilda, The Lion King, Waitress, Falsettos, and School of Rock!

The Ruthless! cast album is here! Get it on iTunes:

Be on the lookout for Meliki Hurd (Matilda) in a new Foot Locker commercial!

I am so honored to work on this commercial with @kyrieirving It was such a cool experience filming it overall. 😊 thank you. #staygrateful

Some of the kids of You’re A Good Man, Charlie Brown spread holiday cheer all across Broadway! Check out pictures on BroadwayWorld.com.

And here are pictures and videos from the kids of School of Rock, Kinky Boots, Waitress, Radio City Christmas Spectacular, and The Lion King!

Surprise! Falsettos pulled a Beyoncé and dropped their cast album overnight! You can get it on iTunes now. Get more details on Playbill.com.

Bobbi MacKenzie (School of Rock) appeared on “The Wendy Williams Show” today! Find out more in her Facebook post:

Caleb McLaughlin (The Lion King, The Painted Rocks at Revolver Creek) appears in this video with content creator Lilly Singh, aka IISuperwomanII!

Congratulations to Mehret Marsh (The Lion King), who appeared on “What Would You Do?” last night! Here she is on set:

And here are pictures from the kids of On Your Feet, A Bronx Tale, Falsettos, Radio City Christmas Spectacular, and The Lion King! 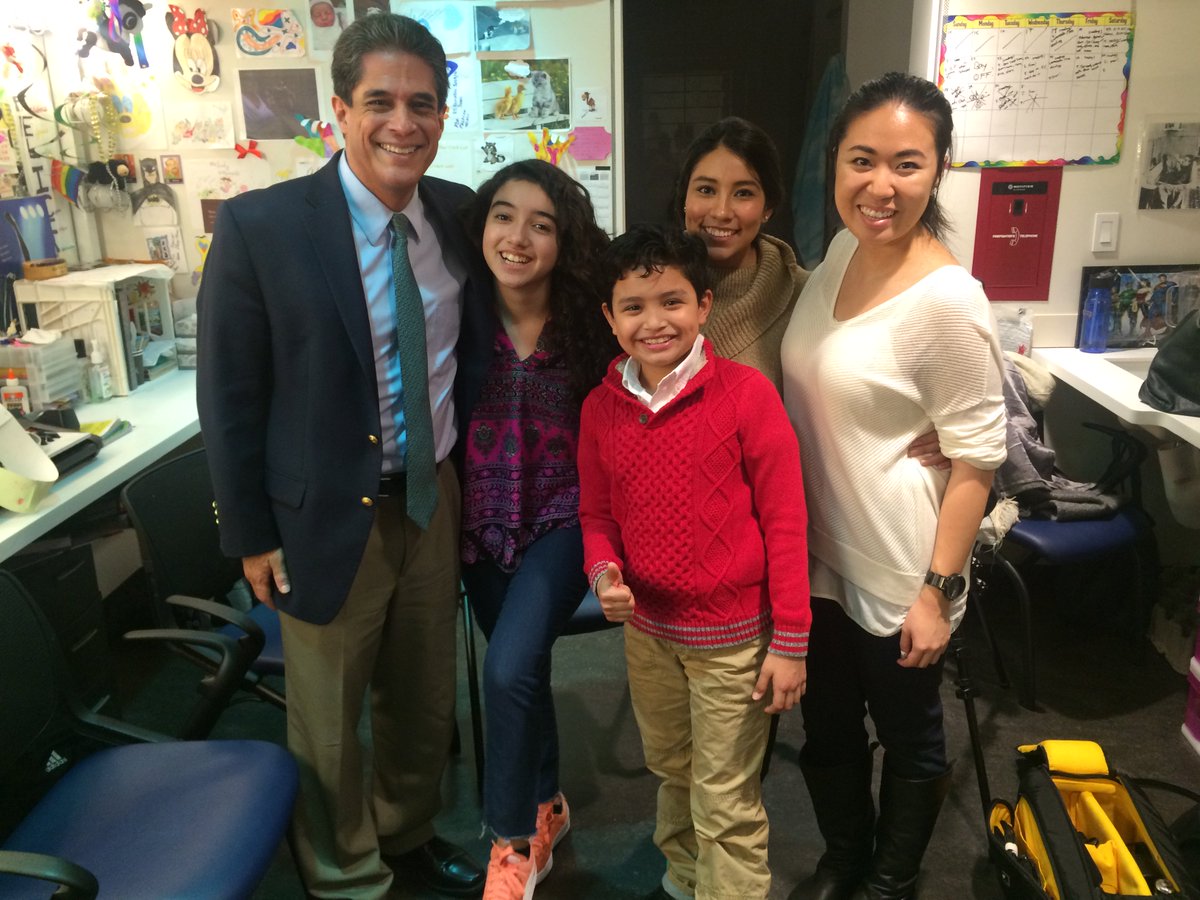 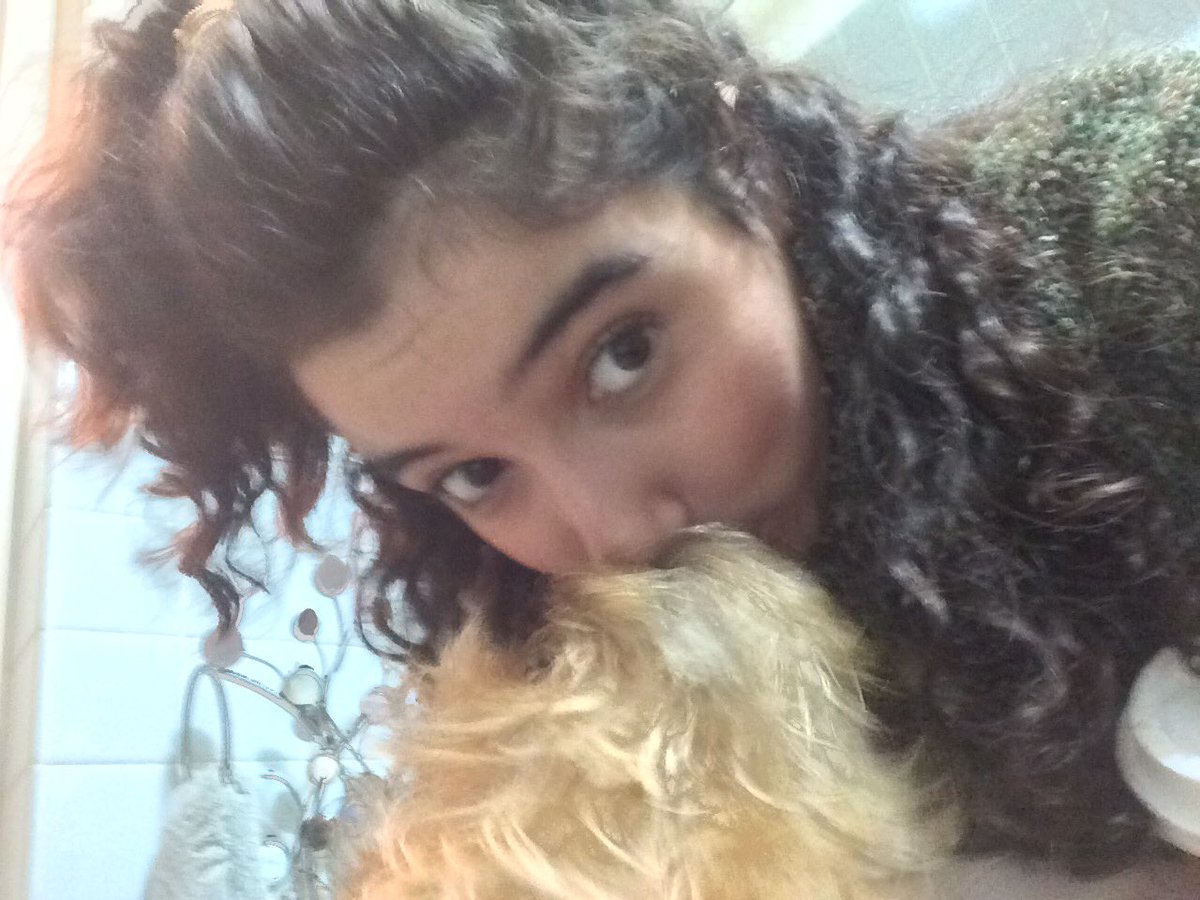 Hairspray Live was tonight on NBC! Congratulations to Shahadi Wright Joseph and the cast! We are so proud of you, Shahadi!

YBAN live-Tweeted during Hairspray Live tonight! Check out our Tweets from tonight on @YoungBwayNews!

Check out a feature on Shahadi on JustJared.com! Also, find out who Shahadi used to have a poster of in this video!

Watch Shahadi and her castmates show off their Hairspray Live trivia on EOnline.com!

Check out photo coverage from the celebration of School of Rock‘s one-year anniversary on Playbill.com and Broadway.com!

Watch highlights from Gypsy of the Year, including The Lion King, below!

Nerghiz Sarki will take part in a talkback at Fiddler on the Roof on December 15th! Get more details on TheaterMania.com.

And here are pictures and videos from the kids of Fiddler on the Roof, Kinky Boots, Hairspray Live, On Your Feet, The Lion King, School of Rock, Radio City Christmas Spectacular, Falsettos, and Waitress! 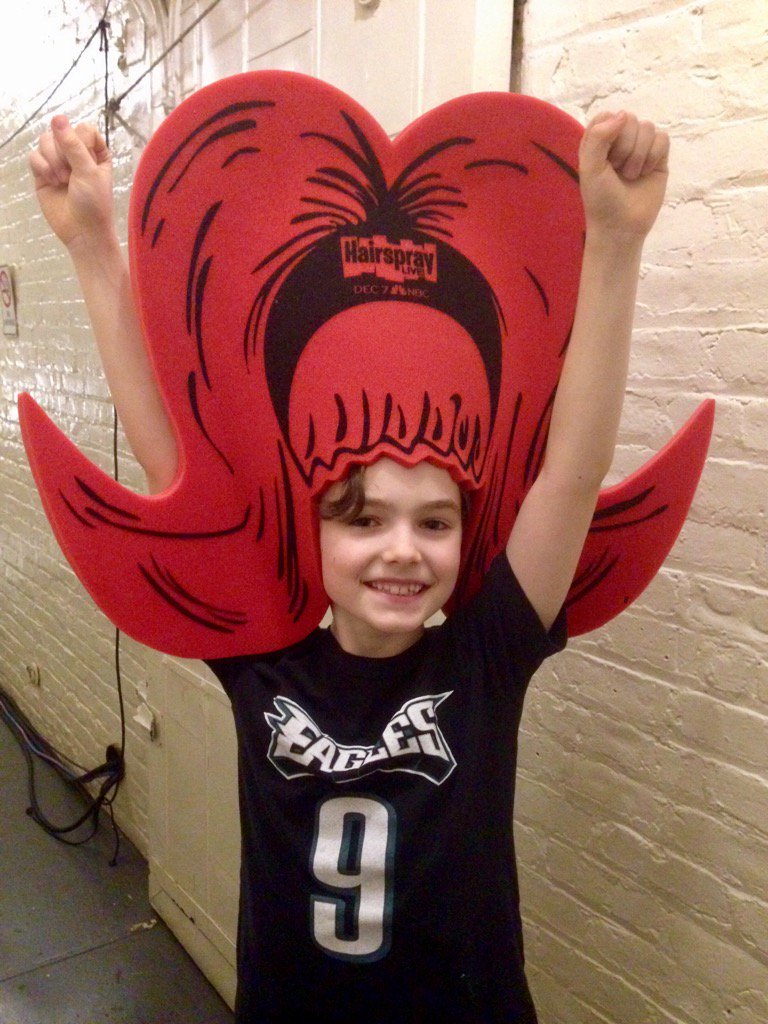 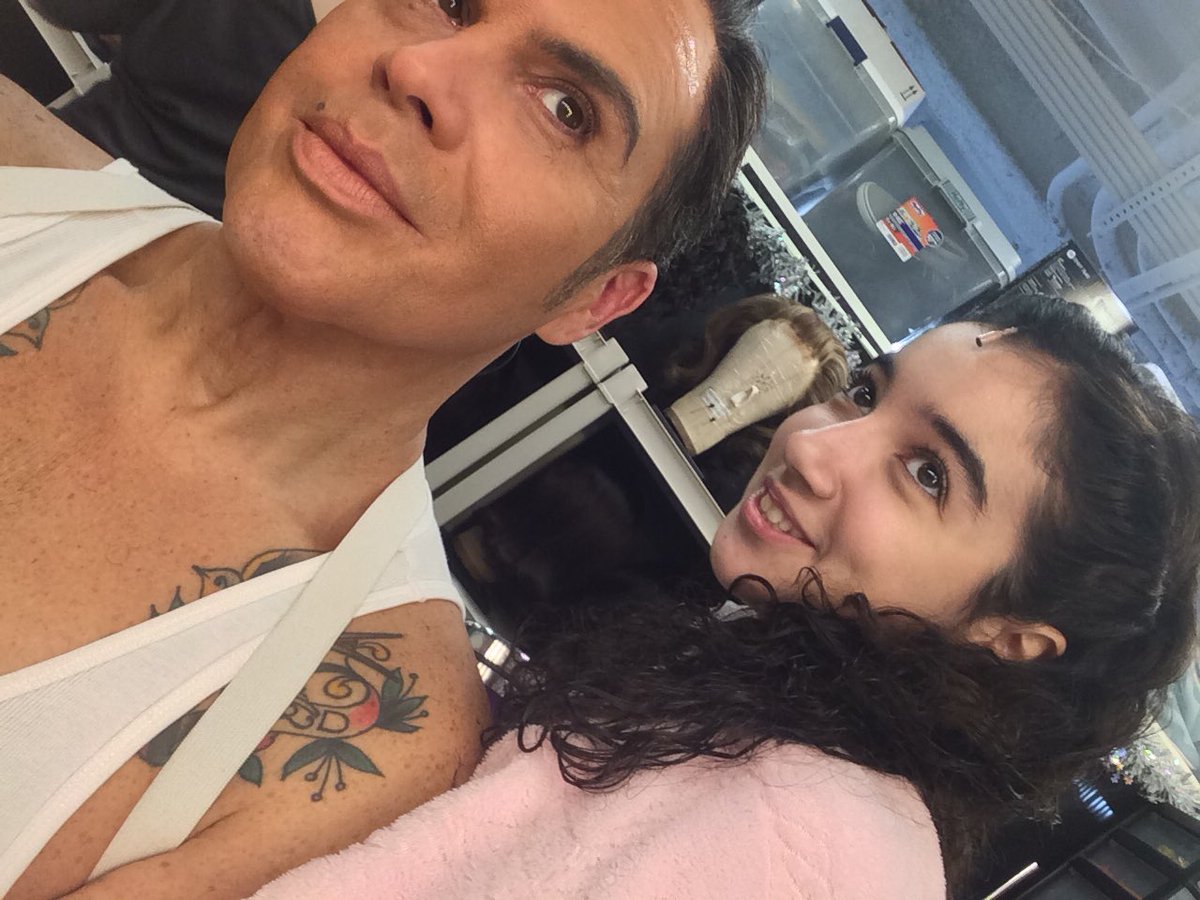 A photo posted by Shahadi Wright Joseph (@shahadiwrightjoseph) on Dec 7, 2016 at 1:12pm PST

A video posted by Shahadi Wright Joseph (@shahadiwrightjoseph) on Dec 7, 2016 at 7:17am PST

A photo posted by Shahadi Wright Joseph (@shahadiwrightjoseph) on Dec 5, 2016 at 2:49pm PST

Tickets for Newsies in movie theaters are now on sale! Get more details on Playbill.com. Also, watch the trailer below or on People.com!

Gabby Gutierrez will play her final performance in School of Rock on December 11th, along with Luca Padovan (Newsies). Go see them soon!

It's bittersweet …. December 11, 2016 I will be graduating from my prep school Horace Green…. It is such a wonderful journey, I made friends with super talented and beautiful cast and a great company who taught me a lot. An amazing experience that I will treasure for a life time!!!

Shahadi Wright Joseph and her Hairspray Live castmates talked about the relevance of their show in the Los Angeles Daily News!

Check out the newest video from Anthony Rosenthal (Falsettos)!

The pre-Broadway dates for Frozen are set! Find out more details on Playbill.com.

I am so happy to announce that this Friday, December 9th @ 10pm, I will be a Guest Star on CBS’ hit series “Blue Bloods”. I hope you can join me on Facebook Live (Leon Outlaw Jr.) @9:50 for the Pre-Show! #CESDtalentagency #talentconnect1 @winkwoodall @cesdtalent @cbs #bluebloods #CBS #CBSBLUEBLOODS #Notownlikemotown #motownthemusical

Congratulations to Ellie Kim (Dream Street), who recently made her official Broadway debut in School of Rock!

And here are pictures and videos from the kids of A Bronx Tale, The Lion King, Hairspray Live, Falsettos, Waitress, and Radio City Christmas Spectacular! 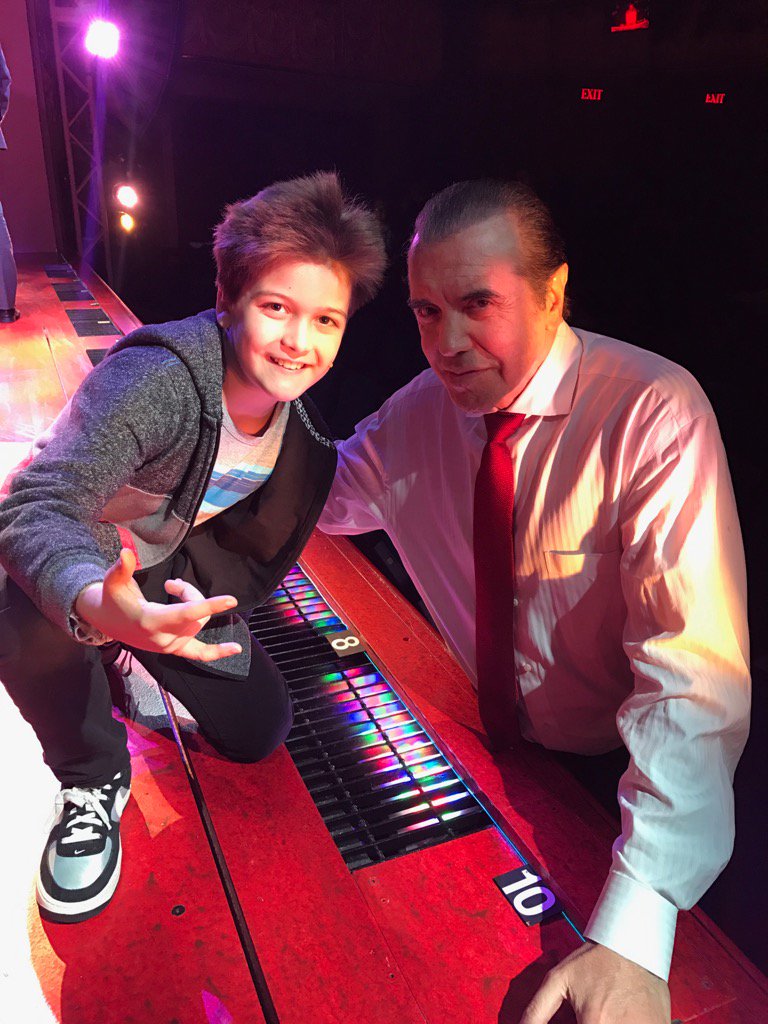 A photo posted by Shahadi Wright Joseph (@shahadiwrightjoseph) on Dec 2, 2016 at 8:38am PST

A photo posted by Shahadi Wright Joseph (@shahadiwrightjoseph) on Dec 1, 2016 at 2:35pm PST

Check out photo coverage from opening night of A Bronx Tale on Broadway.com, Playbill.com, and TheaterMania.com! Also, check out BroadwayWorld’s photos of opening night bows and the after party!

Fiddler on the Roof, The Lion King, On Your Feet, School of Rock, Waitress, and some of the Falsettos stars will all perform and appear at this year’s Gypsy of the Year competition on December 5th and 6th! Get more details on Playbill.com.

Check out the current leading ladies of Matilda chatting about Broadway with former child actor and Tony Award winner Daisy Eagan (The Secret Garden) below or on TheaterMania.com!

Leah, The Forsaken will open Off-Broadway in February! Find out more on MetropolitanPlayhouse.org.

And here are pictures and videos from the kids of A Bronx Tale, Hairspray Live, School of Rock, and Radio City Christmas Spectacular! 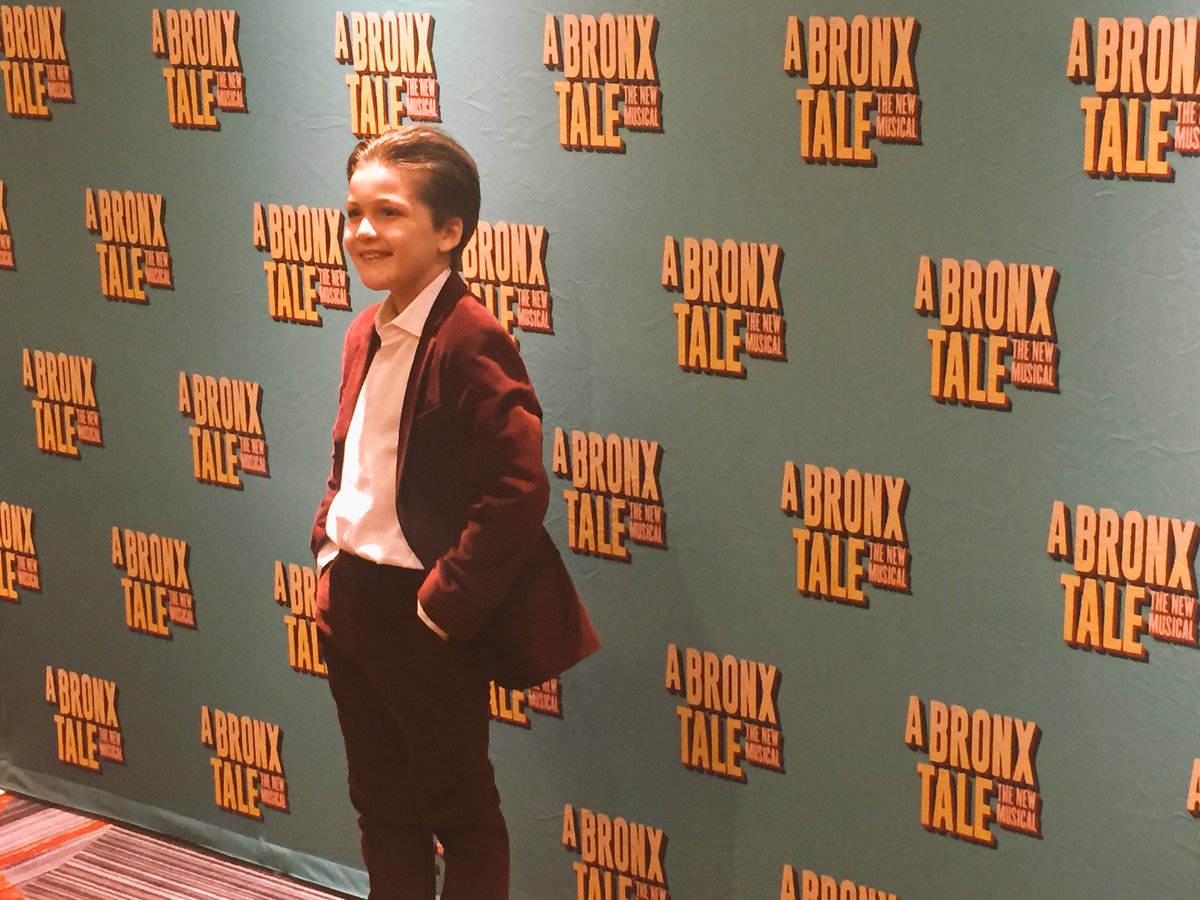 The participants on the Kids of Broadway panel for BroadwayCon have been announced! Ava Briglia (Matilda), Ben Cook (Billy Elliot, Ragtime), Sophia Gennusa (Doctor Zhivago, Matilda), Heidi Gray (Annie tour), Jake Lucas (The King and I, Newsies), Sydney Lucas (Fun Home), Taylor Richardson (Smokefall, Annie, A Christmas Memory), and Allie Trimm (13, Bye Bye Birdie) will all be panelists. Find out more on Playbill.com or in the Instagram below:

I'm super excited to be back at BroadwayCon in January! We had a blast last year. Ava Briglia (Matilda), Ben Cook (Billy Elliot), Sophia Gennusa (Matilda), Heidi Gray (Annie), Jake Lucas (A Christmas Story), Taylor Richardson (Annie), and Allie Trimm (13) will be talking about what it is like to lead a Broadway show and/or National Tour at such a young age. Check out the BroadwayCon website for more information and stay tuned for a schedule!

Check out pictures from the Hairspray Live press junket on Hollywood.com!

The kids of Broadway recorded a song to promote anti-bullying! More details to come; here’s a picture of them in the recording studio:

And here are pictures and videos from the kids of Kinky Boots, Falsettos, Radio City Christmas Spectacular, Matilda, The Lion King, School of Rock, and Hairspray Live!