Tori Feinstein (Matilda, How the Grinch Stole Christmas) will return to Matilda for this week only! See her if you can!

Amelie has announced its Broadway theatre and dates! It will begin previews on March 9, 2017, at the Walter Kerr Theatre, and open on April 3, 2017. Get more details on Playbill.com.

Newsies, filmed with the national tour cast and some original Broadway cast members, is coming to movie theaters in February 2017! Find out more on Playbill.com.

Pint-sized theater critic Iain Armitage visited School of Rock–check out what he had to say:

Ella Dane Morgan will join her Waitress castmates during the Macy’s Thanksgiving Day Parade! Make sure to watch!

“Thanksgiving,” featuring Arica Himmel (The Layover) and Finn Douglas (Radio City Christmas Spectacular), is now on go90! Watch the first two minutes of the series below:

Congrats to Zoe Manarel (Matilda, A Little Princess), who finished the reading of The Remarkable Journey of Prince Jen! Here she is with the company:

When I started I thought ok this will be really neat , but they are all grown ups so …. maybe not SO much fun … I never expected to leave with a whole new family !!! I love all you guys ! Thanks for treating me like an equal and making the experience an amazing one !!!! ❤️and thanks #princejen creative for casting me 😊 I had the best time ever !!! #remarkableprincejen #asianactor #littleorchard

Check out the music video for “Winner,” a new song by Nia Sioux (Trip of Love)!

Check out pictures of the cast of Kinky Boots celebrating their 1500th performance on TheaterMania.com!

And here are pictures and videos from the kids of Kinky Boots, Radio City Christmas Spectacular, Waitress, The Lion King, Hairspray Live, and School of Rock!

Congratulations to The Lion King on 19 years on Broadway and counting!

Kolette Tetlow (Iowa) will appear in “Once Upon A Sesame Street Christmas” on November 25th at 7pm on HBO! Find out more:

Abigail Dylan Harrison (Ruthless!) will appear in Season 3 of “The Affair” as Stacey Solloway! It debuts on November 20th at 7pm on Showtime. Here’s a picture of Abbey on set!

Find out what the boys of Falsettos do backstage on LCT.org!

Here’s a video of the School of Rock kids performing “Carry On”!

And here are pictures and videos from the kids of On Your Feet, School of Rock, Radio City Christmas Spectacular, and Waitress! 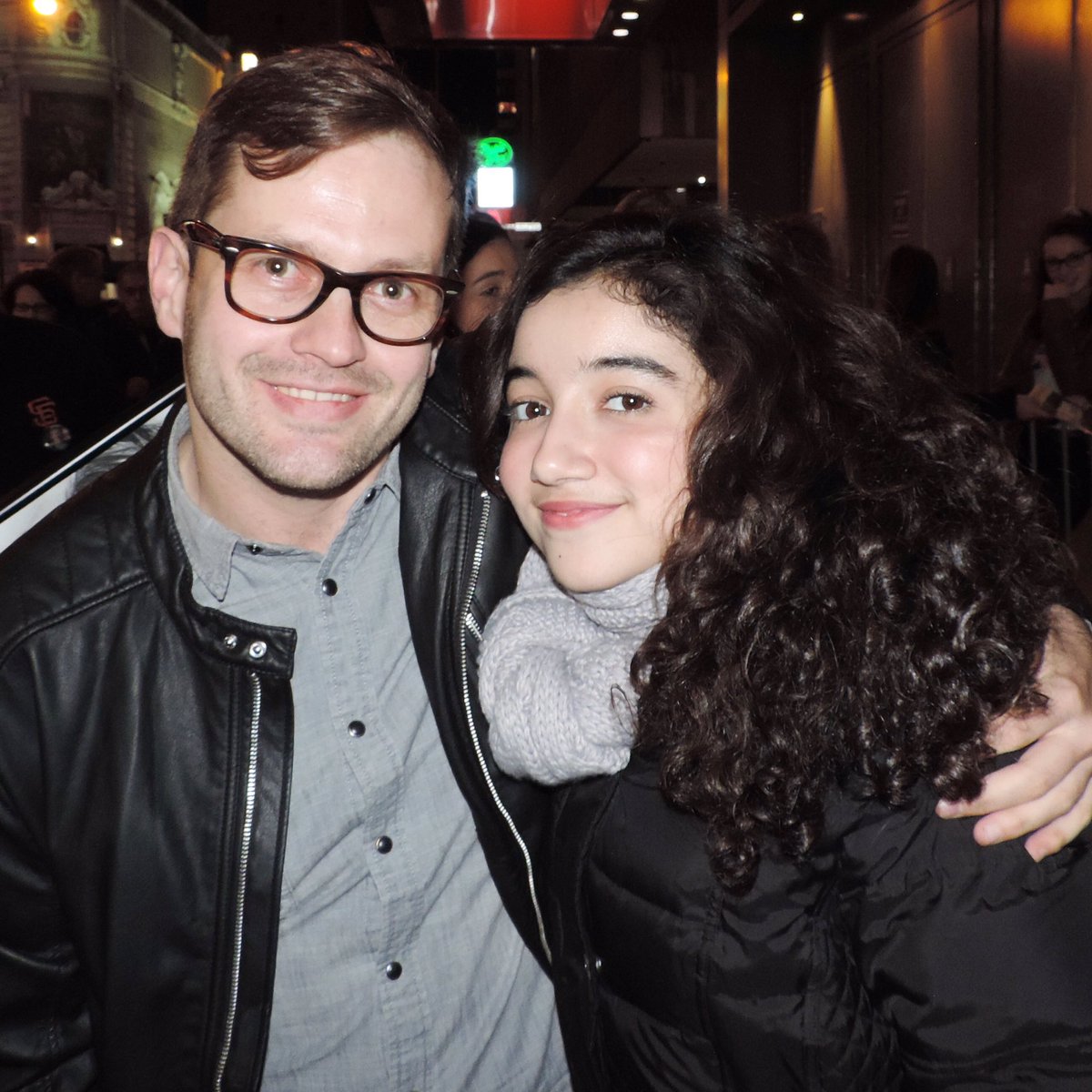 Cast members from School of Rock and On Your Feet will perform in CBS’s Thanksgiving Day Parade! Get more details on Broadway.com.

Find out what tracks you can expect on this year’s Carols for a Cure CD on BroadwayWorld.com!

Marvin’s Room will arrive on Broadway next summer! Find out more about the show on RoundaboutTheatre.org.

And here are pictures and videos from the kids of Radio City Christmas Spectacular, Falsettos, On Your Feet, Kinky Boots, and School of Rock!

A video posted by Christopher Convery (@christopherconvery) on Nov 8, 2016 at 6:18am PST

Check out pictures of the Waitress cast at Cast Album Karaoke with Sara Bareilles on Playbill.com!

There are photos from rehearsals for Amelie on BroadwayWorld.com!

And here are pictures and videos from the kids of Holiday Inn, Kinky Boots, Waitress, Radio City Christmas Spectacular, Falsettos, School of Rock, The Lion King, Hairspray Live, and more! 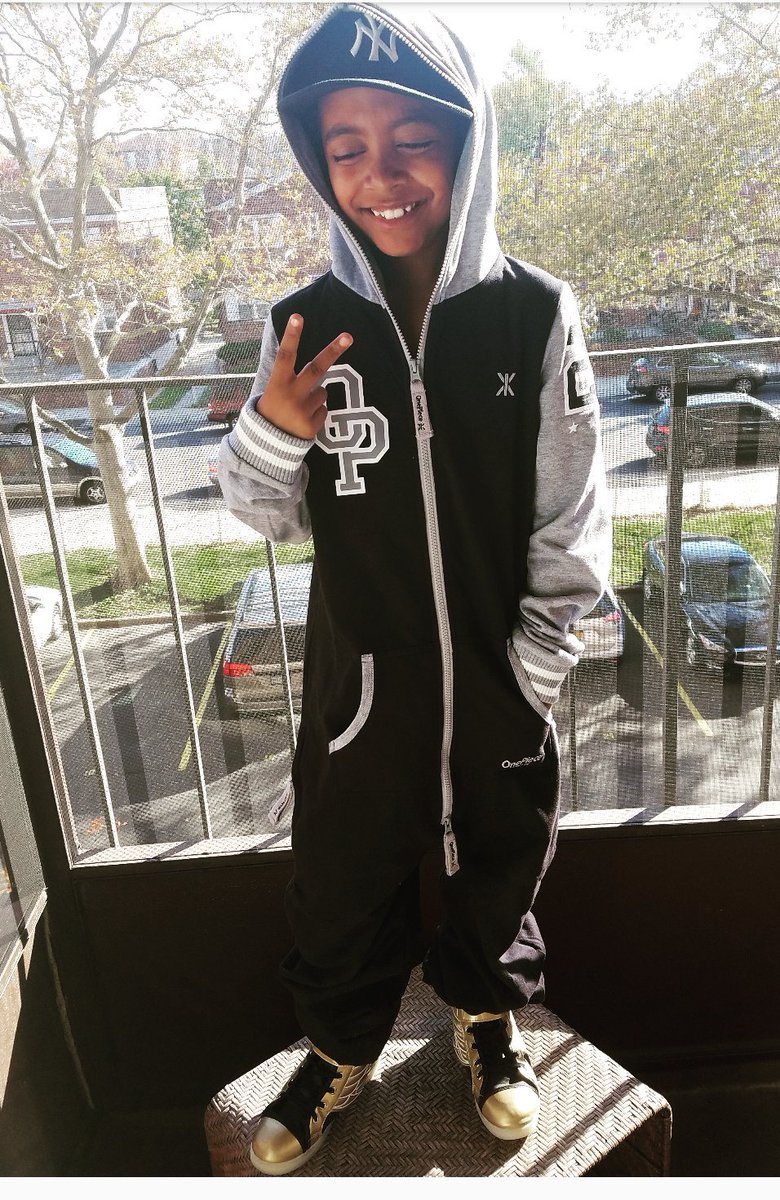 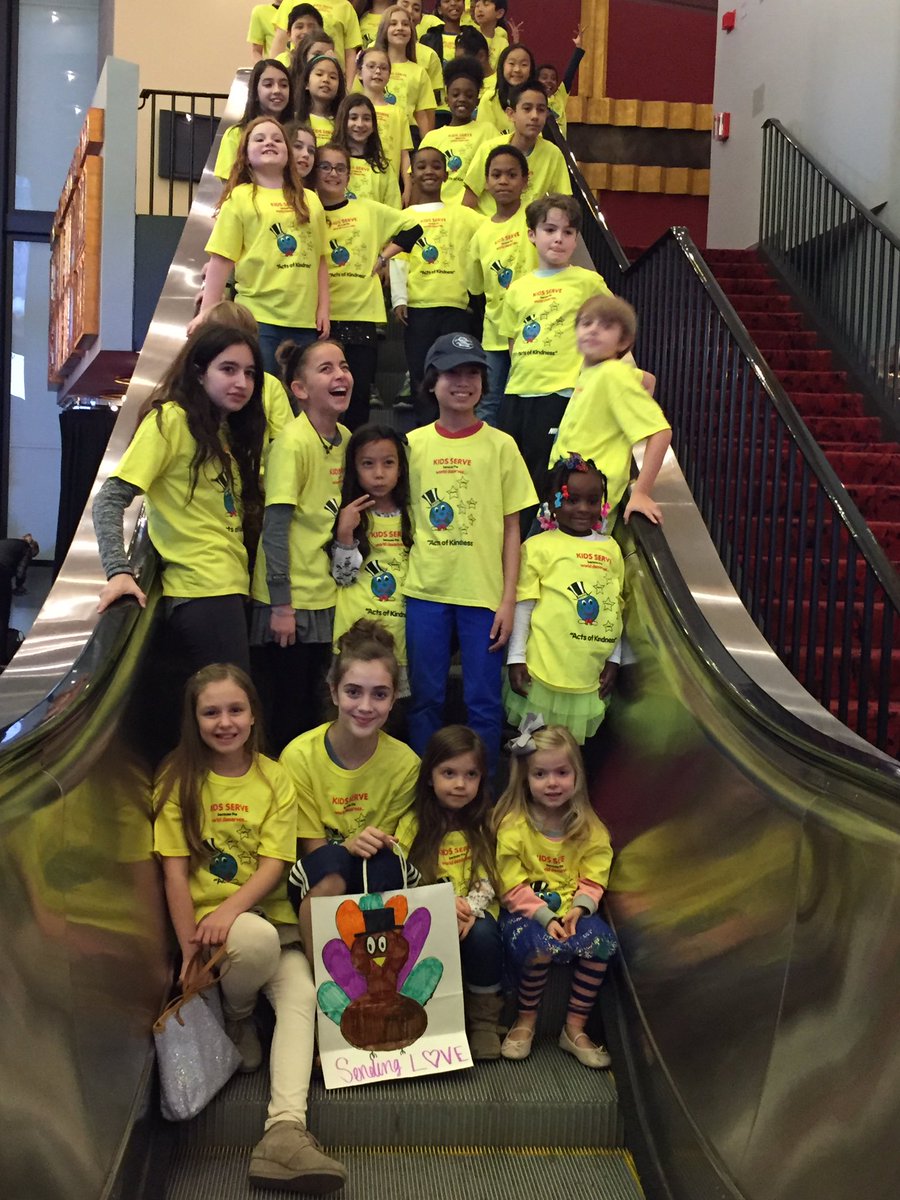 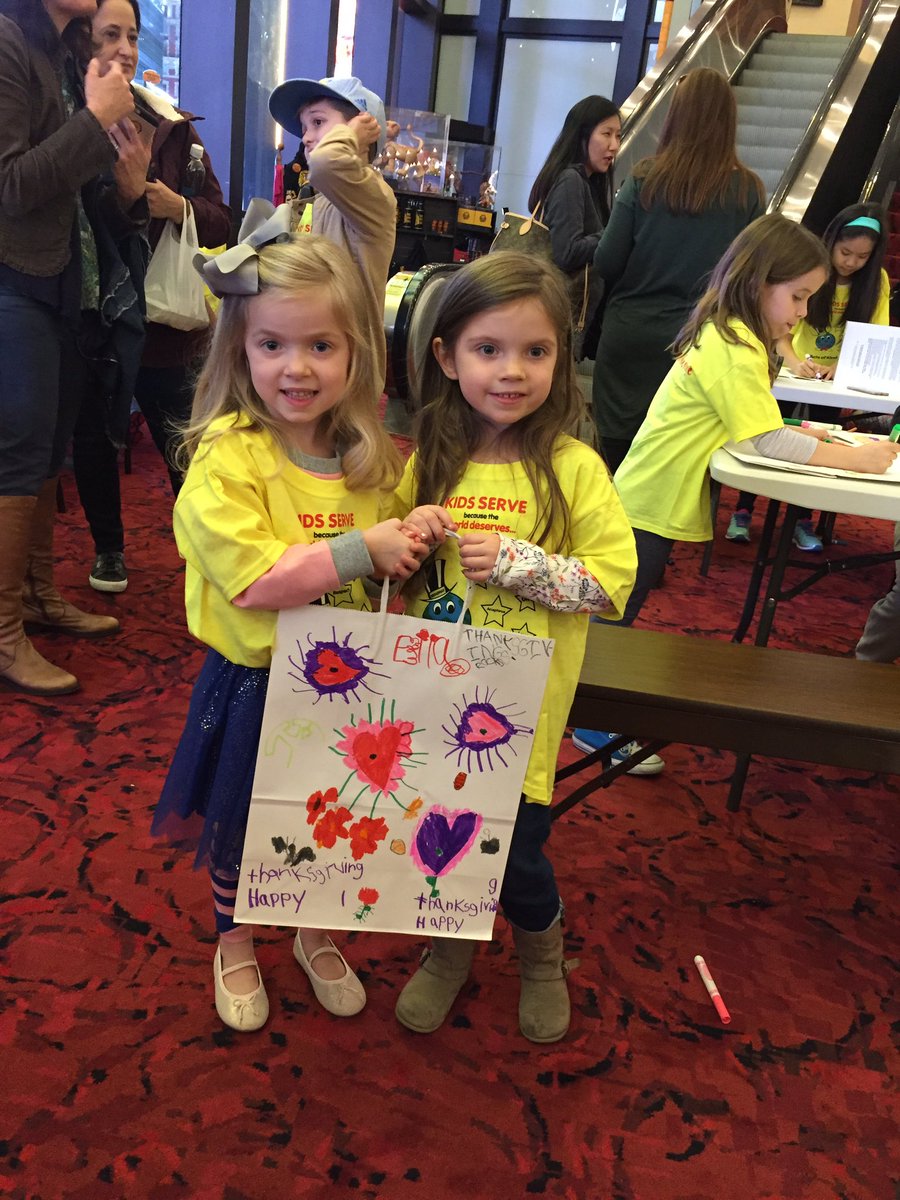 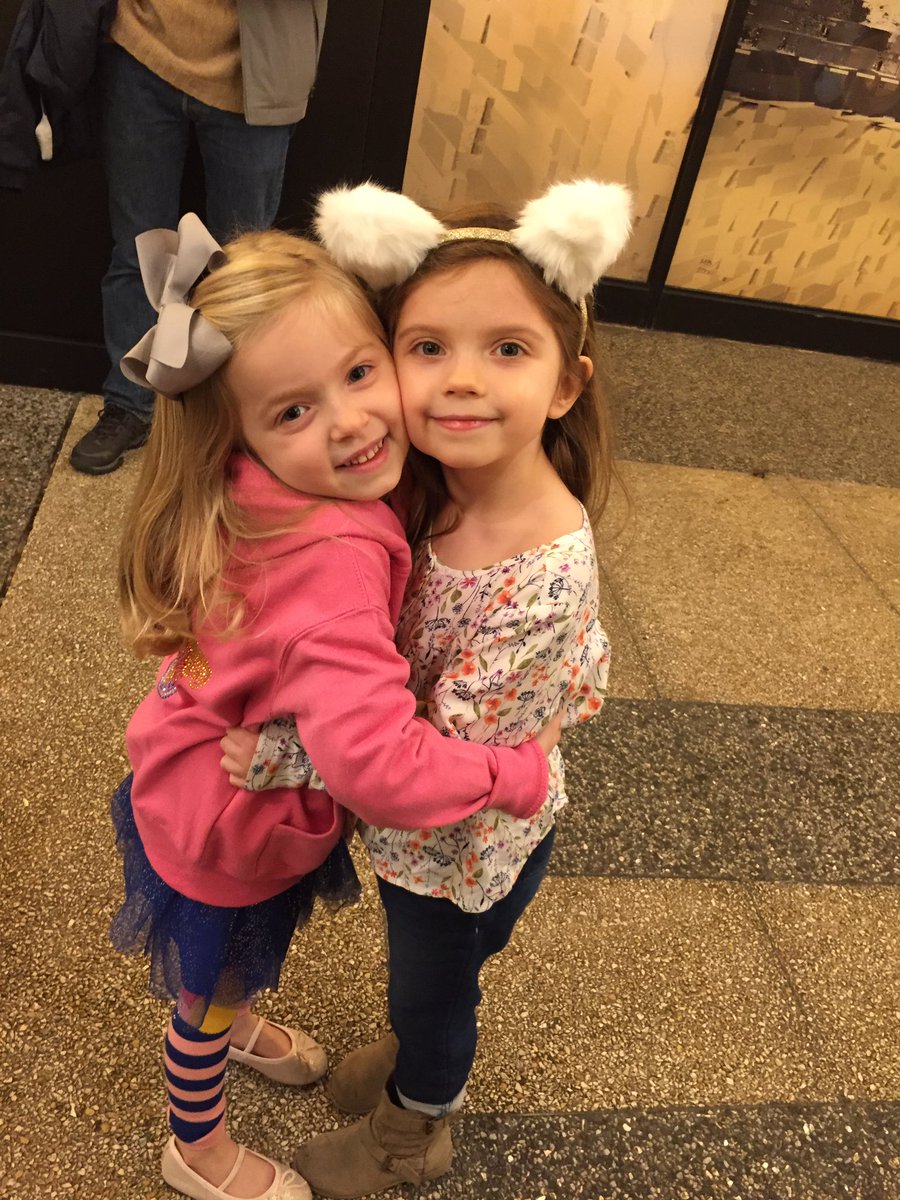 A video posted by Shahadi Wright Joseph (@shahadiwrightjoseph) on Nov 7, 2016 at 9:34am PST

Check out photos of the cast of Falsettos in the studio recording their cast album on Broadway.com!

There are pictures of the new School of Rock kids taking their first bows on BroadwayWorld.com!

Watch Episode 1 of a new vlog series from Gianna Harris (School of Rock)!

Shane Davis (Matilda) recently appeared on “The Voice” singing with contestant Lauren Diaz! Find out more in his Instagram post, and stay tuned for video.

My brother and I sang with the @nbcthevoice Lauren Diaz the other night!! She was so good and nice!!

And here are pictures and videos from the kids of Radio City Christmas Spectacular, Fiddler on the Roof, School of Rock, Falsettos, Waitress, The Lion King, and more! 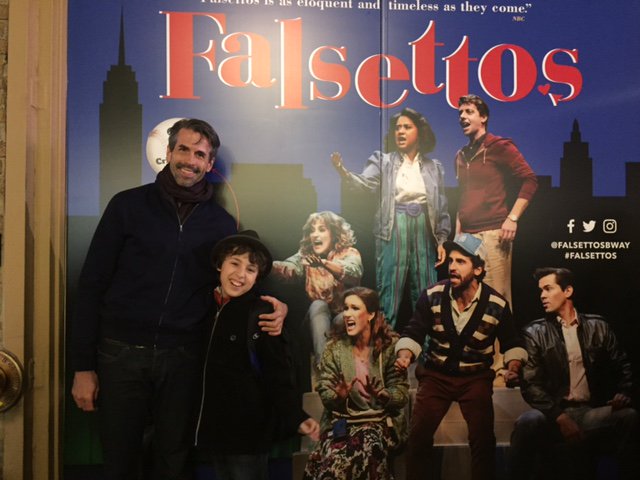 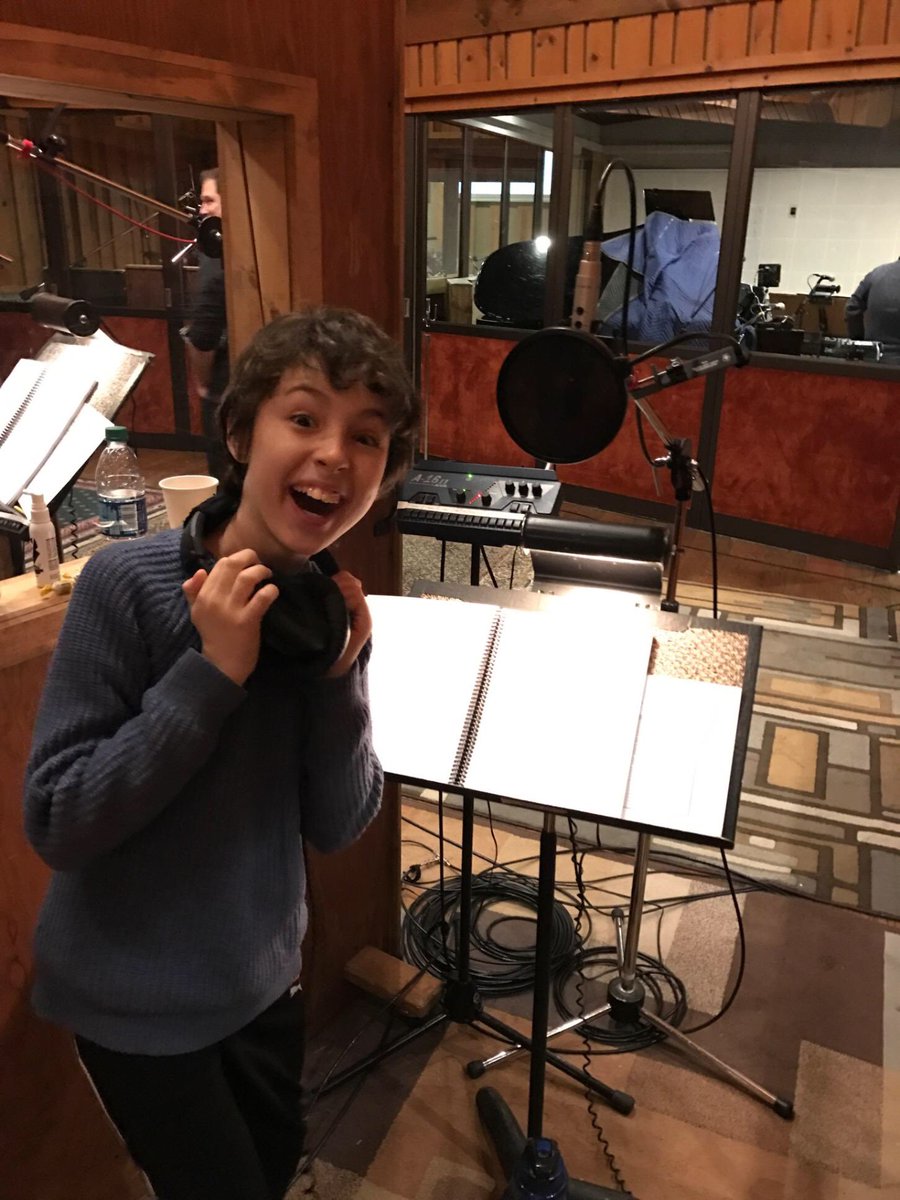 A video posted by Shahadi Wright Joseph (@shahadiwrightjoseph) on Nov 6, 2016 at 4:04pm PST

A video posted by Shahadi Wright Joseph (@shahadiwrightjoseph) on Nov 6, 2016 at 4:23pm PST

And here are pictures and videos from the kids of School of Rock, Kinky Boots, Waitress, Hairspray Live, On Your Feet, The Lion King, Matilda, and Radio City Christmas Spectacular! 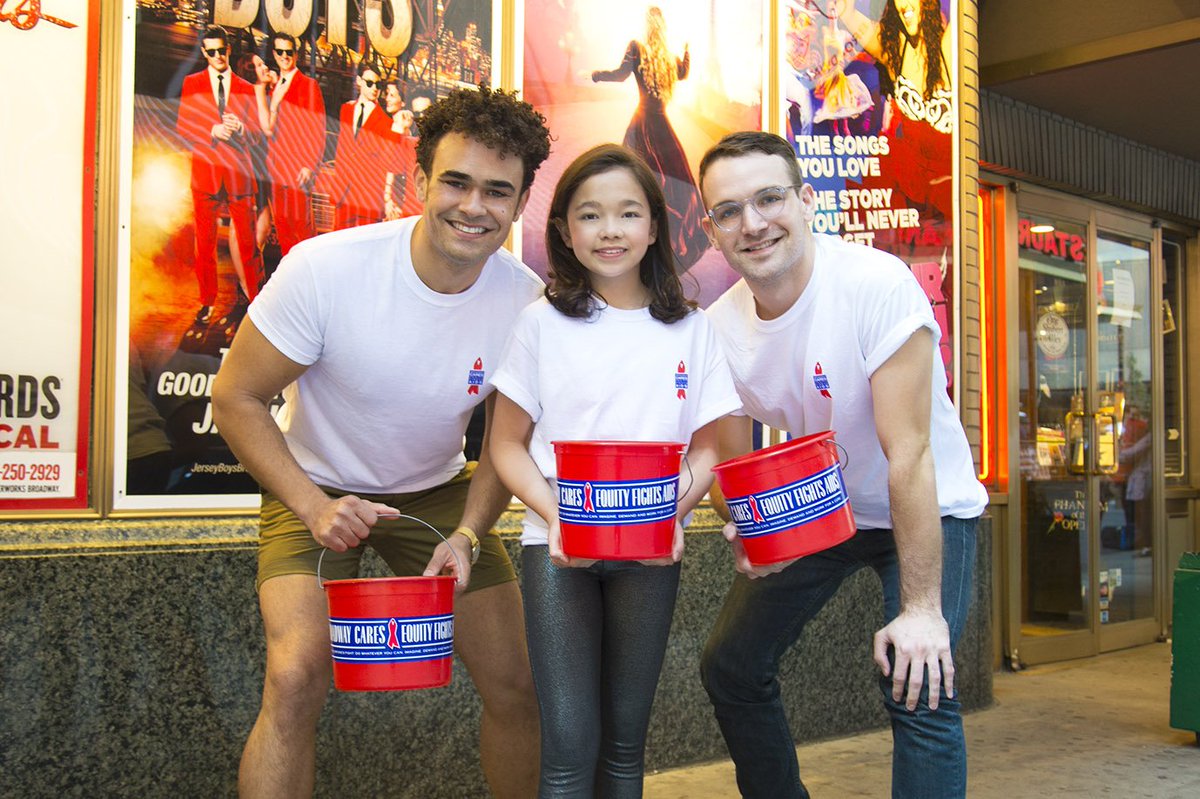 A photo posted by Christopher Convery (@christopherconvery) on Nov 4, 2016 at 8:21pm PDT

A photo posted by Christopher Convery (@christopherconvery) on Nov 4, 2016 at 8:53pm PDT

A video posted by Shahadi Wright Joseph (@shahadiwrightjoseph) on Nov 5, 2016 at 6:49pm PDT

Today we’re remembering Shannon Tavarez, a former The Lion King cub who passed away from leukemia on this day six years ago. We love you, Shannon.

Kids Night On Broadway will take place on February 28, 2017! Get more information on TheaterMania.com.

Holiday Inn and Hairspray Live are set to perform in the Macy’s Thanksgiving Day Parade this year! There are more shows performing TBA. Find out more on Playbill.com.

Check out Isabella Russo (School of Rock) in an interview with the Honolulu Star Advertiser!

My 'ohana! Check out #WayneHarada article in today's @staradvertiser ! Sure wish I was there! ☀️🌊👙#mahalo

And here are pictures and videos from the kids of A Bronx Tale, Once, School of Rock, Radio City Christmas Spectacular, Hairspray Live, Falsettos, Matilda, On Your Feet, Kinky Boots, Waitress, and The Lion King! 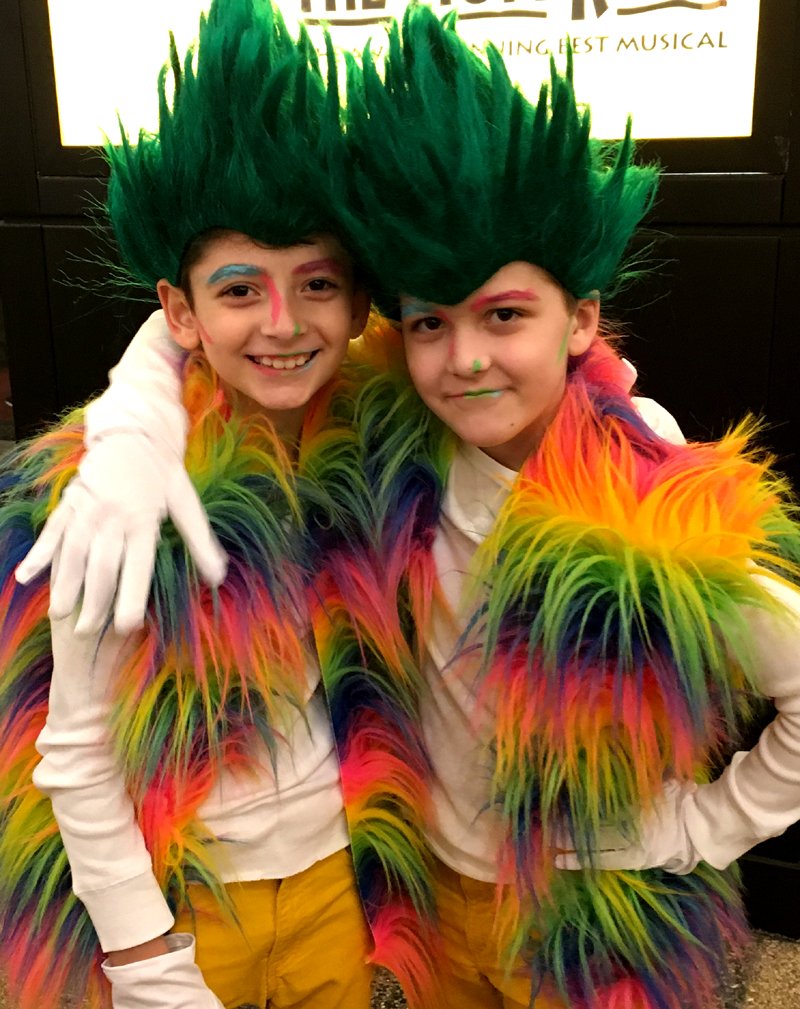 Ava Briglia, Willow McCarthy, and Aviva Winick, the Matildas of Matilda, will perform at “Nothing Like A Dame” on October 24th! Find out more about the event HERE.

First day of filming 📽 Super excited for these next few weeks! #SVU

Be on the lookout for Shahadi Wright Joseph (Hairspray Live, School of Rock, The Lion King) in a new Hairspray Live ad!

Watch Christopher Convery (Kinky Boots) sing at Birdland in the video below!

Broadway Wiz talked to Alexandria Suarez (On Your Feet)! Read the interview on BroadwayWiz.com.

Check out more pictures from the Holiday Inn opening night party on BroadwayWorld.com!

And here are pictures and videos from the kids of Falsettos, School of Rock, Waitress, Matilda, The Lion King, and On Your Feet!