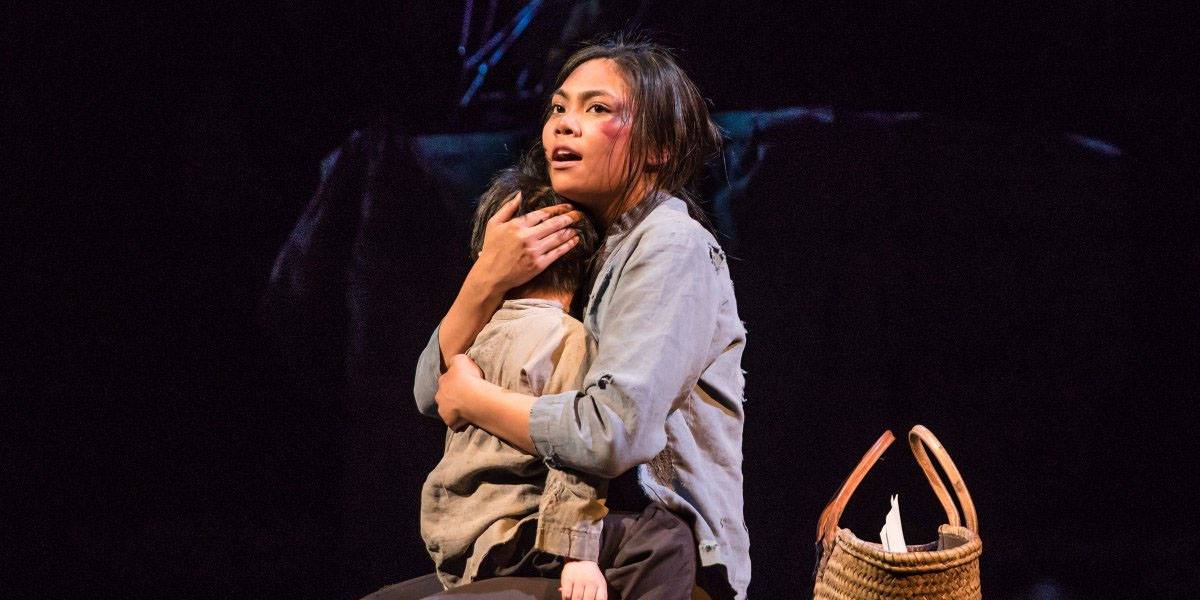 Lianah Sta. Ana (Miss Saigon) sang “Price Tag” at last week’s Puttin’ on the Brits concert and we now have video! Watch below.


And here are more pictures from the kids of Anastasia, Animal, Charlie and the Chocolate Factory, The Lion King, Miss Saigon, On Your Feet, and Waitress!

A post shared by Madison Elizabeth Lagares (@madisonlagaresofficial) on Apr 29, 2017 at 6:28pm PDT

A post shared by Madison Elizabeth Lagares (@madisonlagaresofficial) on May 2, 2017 at 7:36pm PDT 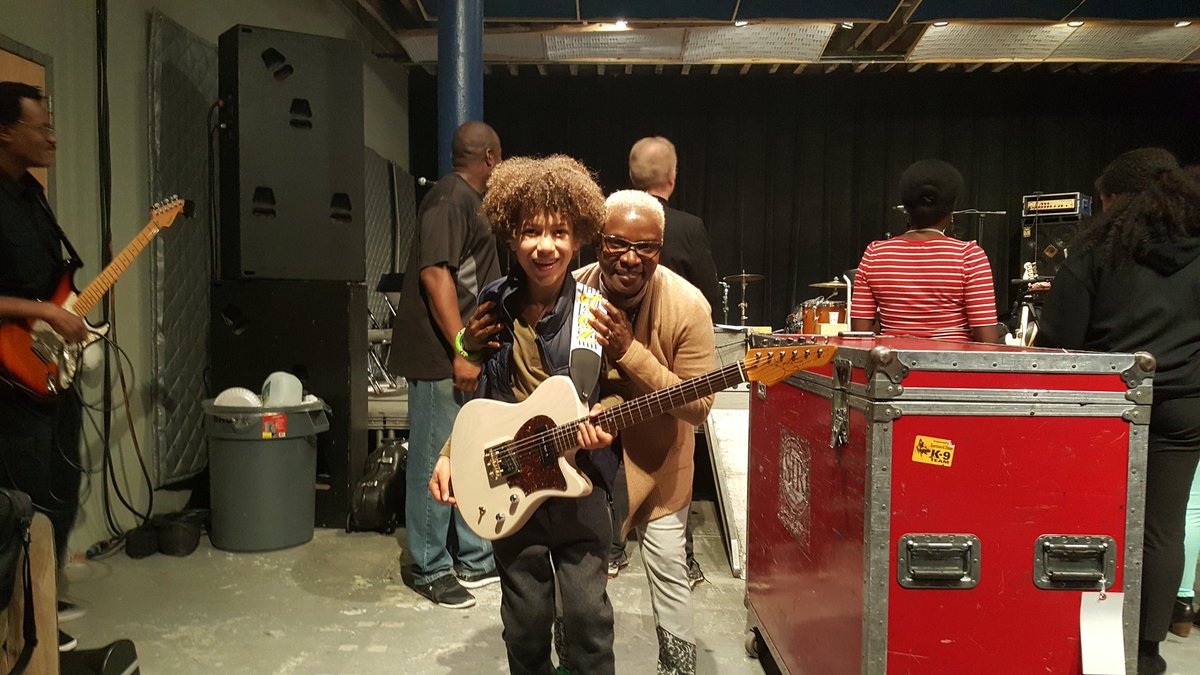 Happy Birthday to School of Rock star Brandon Niederauer! We hope you had an amazing birthday!

We also want to wish a very Happy Birthday to our web assistant Audrey! Thank you for all you do for the website and we hope you had a wonderful day. Speaking of Audrey, she and Emily visited the diner over at Waitress last night and met up with Ella Dane Morgan post show. Great job, Ella! 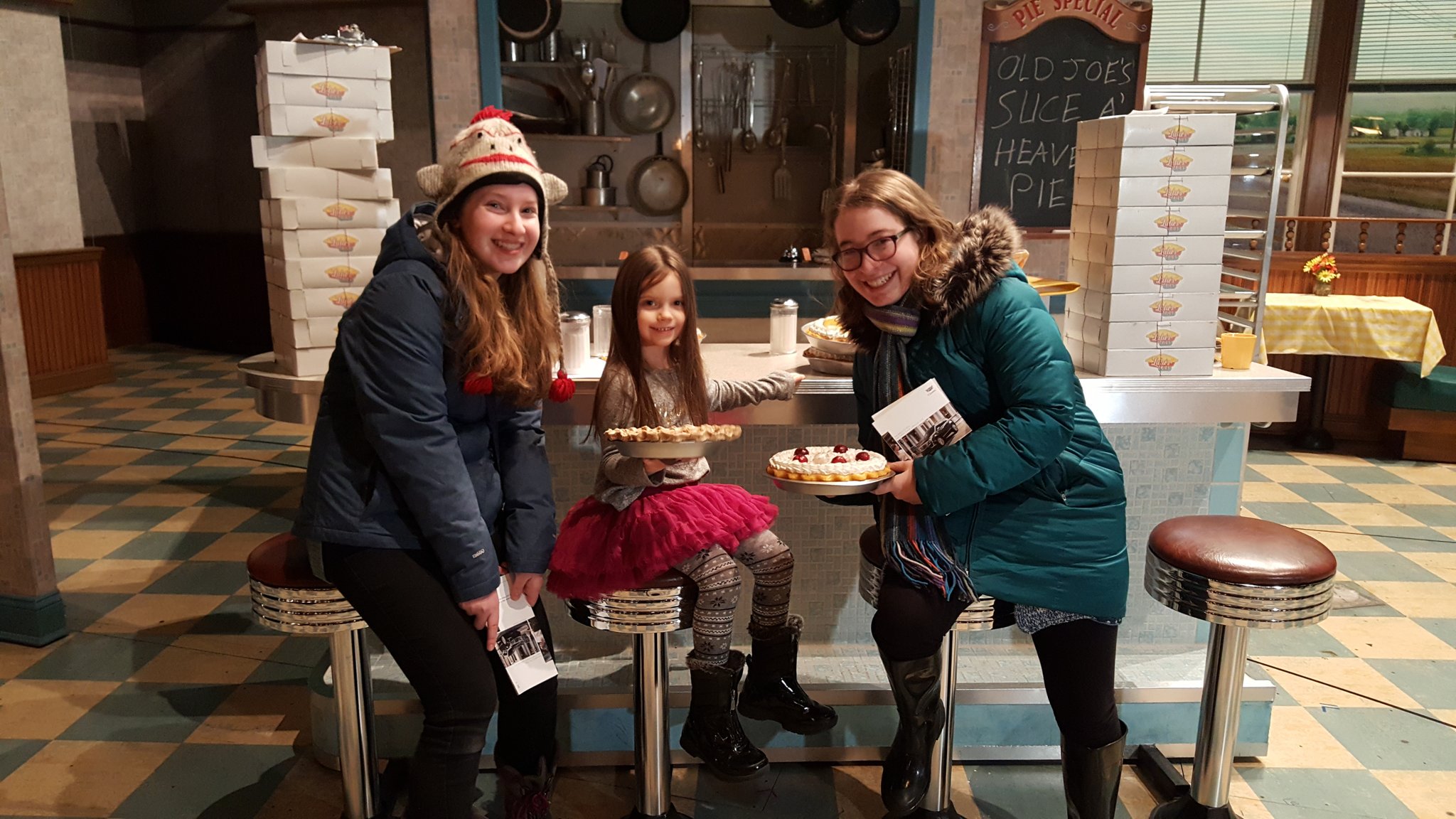 Eleanor Koski (Les Miserables) has booked a pilot! We will announce more details as we get them. Congrats, Ella!

The stars of Charlie and the Chocolate Factory talked with Broadway.com about their show. Watch below!

And here are more pictures from Waitress, Kinky Boots, Miss Saigon, School of Rock, and On Your Feet!

A post shared by Madison Elizabeth Lagares (@madisonlagaresofficial) on Mar 11, 2017 at 3:23pm PST 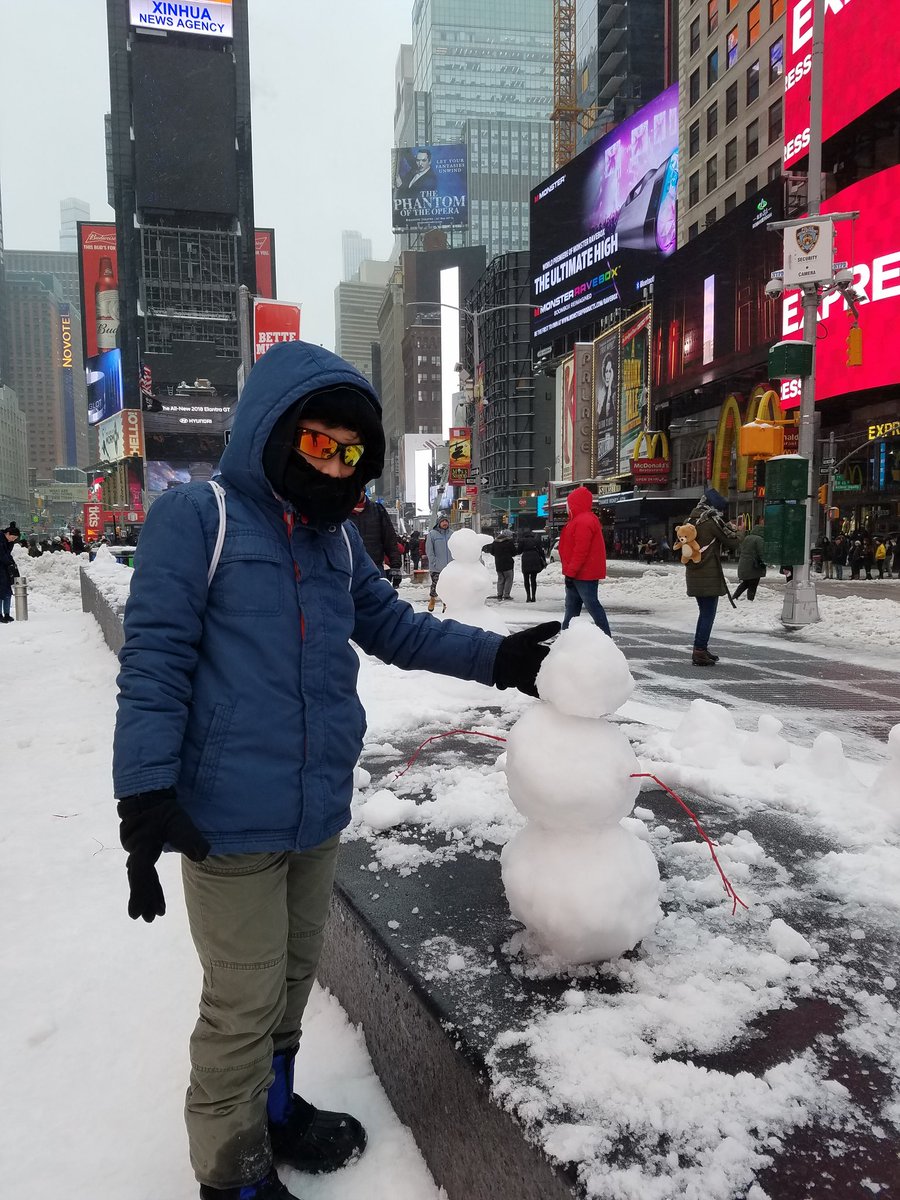 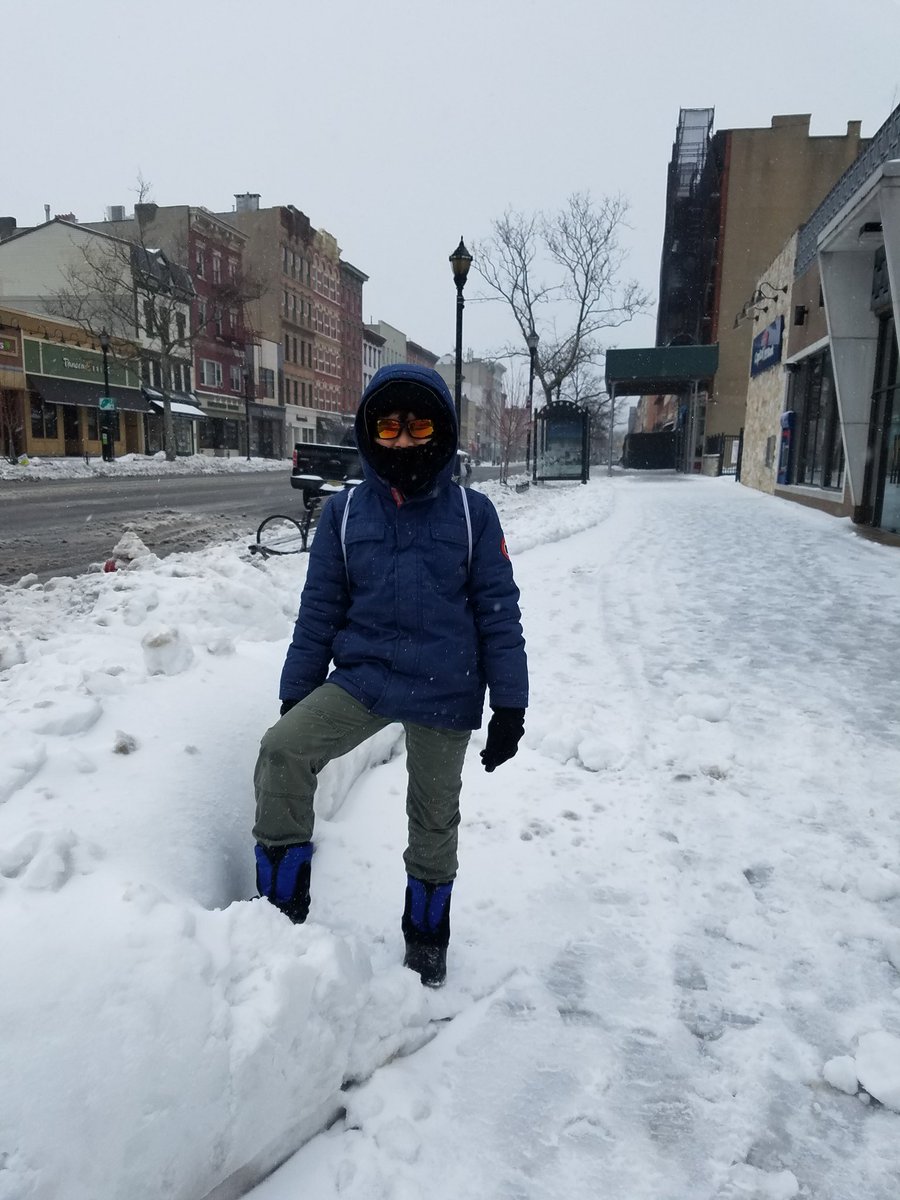 Shahadi Wright Joseph’s (Hairspray Live) holiday EP is out now! You can get it on iTunes, Google Play, Spotify, and cdBaby! Also, NBC released pictures from last night’s broadcast of Hairspray Live and you can view them at Playbill.com. And if you missed the broadcast or want to watch it again, you can watch it in its entirety below as well as watch highlights feat. Shahadi!

Last night NBC gave us a sneak peek at their next live musical Bye Bye Birdie! You can watch the teaser HERE.

Congrats to Brandon Niederauer (School of Rock) who performed on both Good Day New York and at the Iridium today! We’re looking for clips from both so stay tuned!

If you visit KidsFootLocker.com, you can catch Meliki Hurd (Matilda) on the front page in a few print ads!

If you missed Lexi Underwood (The Lion King) on “Code Black”, you can watch her full episode at CBS.com!

Sophia Gennusa (Matilda) is doing a few concerts up in Westchester County in NY Dec. 20-22! Get more details here:

We have a clip from last weekend’s Jingle Jam, hosted by Ashley Brooke (Doctor Zhivago, Sound of Music) and Jamie Mann (Camp Rolling Hills). Take a look below:

And here are more pictures and video from the kids of School of Rock, Matilda, and Waitress!

Today, “The Women’s Bathroom Project,” with Alyssa Marvin (Number the Stars) had a screening at New Filmmakers NY! Get more information in her post:

Check out alumni Gaten Matarazzo (Les Miserables, Priscilla Queen of the Desert) and Caleb McLaughlin (The Lion King, The Painted Rocks at Revolver Creek) visiting the White House with their “Stranger Things” castmates!

And here are pictures from the kids of Kinky Boots, Matilda, Falsettos, School of Rock, and Waitress!

Frederick Buford (The City of Conversation), pictured below at left, has joined A Day by the Sea as Athan Sporek (Les Miserables) exits to begin rehearsals for A Bronx Tale. Congrats, Frederick, and happy trails and best of luck, Athan!

Carly Gendell will be on for the role of Summer in School of Rock on October 16th at 1pm and 6pm! Also, she hosted a Periscope today at 4:30pm! Find out more in her Instagram post:

World watch out, it's Time To Play! I will be going on as Summer Hathaway on Sunday, October 16th at 1 p.m. and 6 p.m. at @sormusical! Please be sure to come if you can, I would love to see you in the audience! On October 10th at 4:30 p.m. I will be doing a periscope! Please come if you can! Periscope: @carlygendell1.

“Legends of the Hidden Temple,” which features Isabela Moner (Evita) and Colin Critchley (New York Spring Spectacular, Waiting for Godot, Kinky Boots), will are on Nickelodeon on November 26th at 8pm! Get more details on Vulture.com.

“Shadowhunters,” starring Katherine McNamara (A Little Night Music), will return with Season 2 on January 2nd, 2017! Get more information on Deadline.com.

Here’s the School of Rock kids performing “Sweet Child O’ Mine” at the Oculus opening at the World Trade Center!

And here are pictures and videos from the kids of Fiddler on the Roof, School of Rock, Hairspray Live, On Your Feet, and Waitress!

A photo posted by Shahadi Wright Joseph (@shahadiwrightjoseph) on Oct 9, 2016 at 7:34pm PDT

Ava Briglia, Willow McCarthy, and Aviva Winick, the Matildas of Matilda, will perform at “Nothing Like A Dame” on October 24th! Find out more about the event HERE.

First day of filming 📽 Super excited for these next few weeks! #SVU

Be on the lookout for Shahadi Wright Joseph (Hairspray Live, School of Rock, The Lion King) in a new Hairspray Live ad!

Watch Christopher Convery (Kinky Boots) sing at Birdland in the video below!

Broadway Wiz talked to Alexandria Suarez (On Your Feet)! Read the interview on BroadwayWiz.com.

Check out more pictures from the Holiday Inn opening night party on BroadwayWorld.com!

And here are pictures and videos from the kids of Falsettos, School of Rock, Waitress, Matilda, The Lion King, and On Your Feet!

“Middle School: The Worst Years of My Life,” featuring Isabela Moner (Evita), is out in theaters now! Check out a clip from the film on JustJaredJr.com.

Tickets for Anastasia are on sale now! Find out more HERE.

“Under the Shadow,” featuring Mia Sinclair Jenness (Les Miserables, The Sound of Music LIVE, Number the Stars), is out now on Netflix!

And here are pictures and videos from the kids of School of Rock, Waitress, On Your Feet, and Falsettos!

Happy birthday to Carly Gendell (School of Rock)! We hope you had a great day, Carly!

And here are pictures and videos from the kids of Matilda, School of Rock, Falsettos, Kinky Boots, and Waitress! 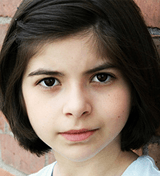 Congratulations to Gabriella Pizzolo (Fun Home, Matilda), who has joined the cast of Sunday in the Park with George at NY City Center as Louise! Find out more on Playbill.com.

Here are vlogs from Nerghiz Sarki and Anthony Rosenthal about making their Broadway debuts in Fiddler on the Roof and Falsettos, respectively!

And here are pictures and videos from the kids of School of Rock, Kinky Boots, and Waitress!

Classic Stage Company’s Mother Courage and Her Children has been nominated for an AUDELCO Award for Best Revival! The show also received nominations for Lead Actress and Supporting Actor. Congratulations to Deandre Sevon (Runaways, Mother Courage…) and the company! Find out more on AUDELCO.org.

Several Broadway shows are shifting their schedules for the week of Election Day! Kinky Boots, On Your Feet, School of Rock, and Waitress, among others, will be dark on Tuesday, November 8th, to encourage people to go vote. Some of the shows will be replacing their Tuesday show with a Monday performance; get more specific information on Playbill.com.

Elizabeth Crawford (Tuck Everlasting) sang the National Anthem for the Red Sox over the weekend! Check out a picture and a video below:

Check out a feature on Evie Dolan (School of Rock) on BroadwayBox.com!

And here are pictures from the kids of On Your Feet, The Lion King, and Falsettos! 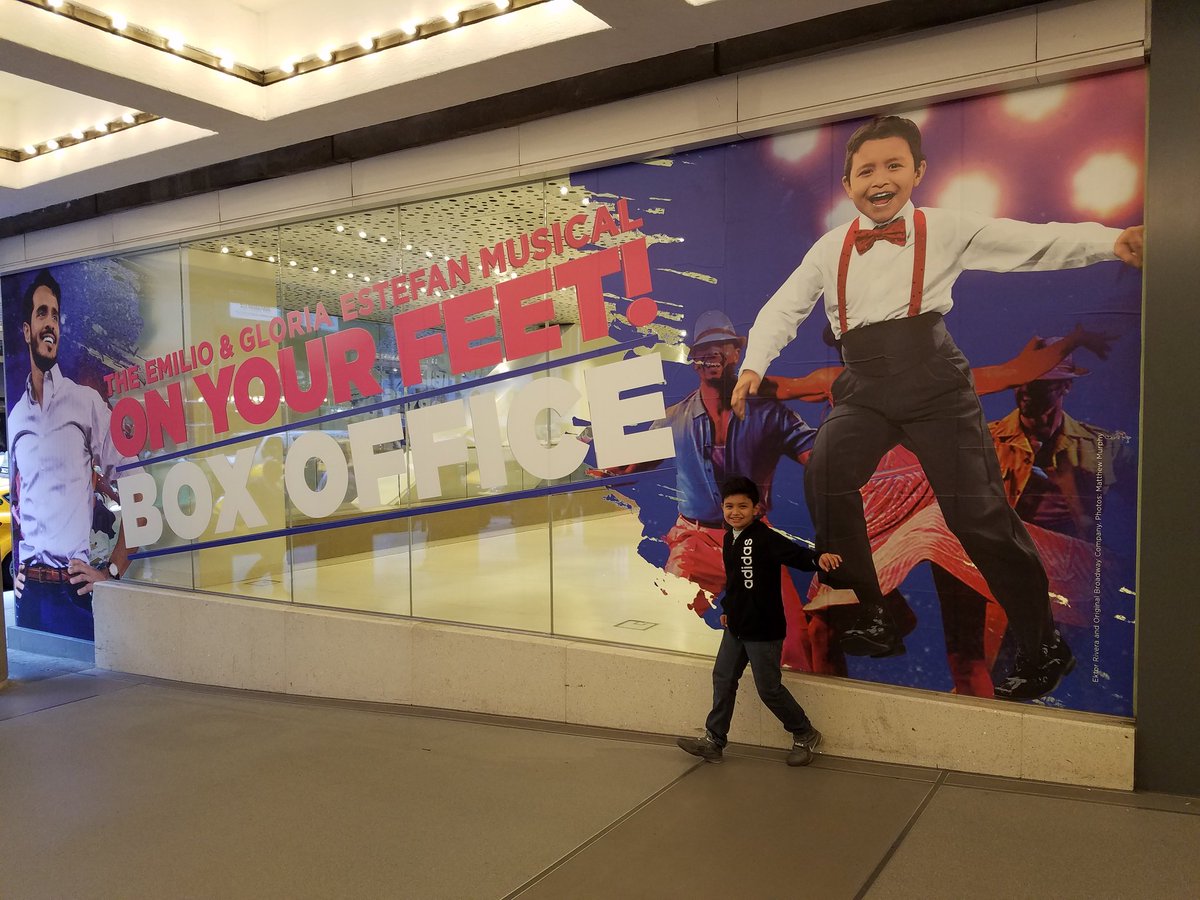