Happy Trails to the companies of Waitress (which had an almost four-year Broadway run), A Christmas Carol, Radio City Christmas Spectacular, and Our Dear Dead Drug Lord, which all closed today. We can’t wait to see what’s next for all of you!

And here are pictures from the kids of all four shows!

Happy Opening to Nicholas Hutchinson, Isabella Russo, and the company of The Underlying Chris at Second Stage Theater! Break a leg everyone!

Congrats to Brandon Niederauer (School of Rock, Jesus Christ Superstar Live), who played on “The Late Show with Stephen Colbert” this week!

Cate Elefante (Waitress) is now appearing in an ad for Best Buy!

Check out photos from opening night of The Inheritance on BroadwayWorld.com!

Woo hoo! Season 3 of Floogals is *finally* out. 😁Fiona voices the character of Girl Hooman for Season 3 of this @universalkids animated series. I think she’s in 21 of the episodes and they are just starting to come out. Her voice sounds so young to me! #babyfiona #voiceoverartist #floogals @universalkids @marnimaroofmanagement @innovativeartists

Last night was pretty magical, yo. THANK YOU, THANK YOU, THANK YOU to everybody who came out to be a part of this beautiful moment. Thank you to my new fairy Godmothers, @lenawaithe @msmelina. I love y’all lots. Get ready for me to flood your timeline. @queenandslim is OUT Nov. 27th!! Let’s GO!! Styled by the genius, @apuje #ALLTHEWAYUP #BLESSED #SHINEWITHJAHI #YOUCANTOO

And here are pictures and videos from the kids of The Underlying Chris, Radio City Christmas Spectacular, and Waitress!

Happy Opening to Ryan Buggle, Tre Ryder, and the company of The Inheritance! Break a leg!

Happy Trails to Suri Marrero and Jesus Del Orden, who played their final performances of The Lion King today! You can see Suri performing in Frozen, and Jesus, we can’t wait to see what’s next for you!

Mehret Marsh will make her debut as Young Anna Mae in Tina very soon! Here are her scheduled performance dates:

And here are pictures from the kids of Waitress, A Christmas Carol, Radio City Christmas Spectacular, Harry Potter and the Cursed Child, and Beetlejuice!

Sofia Pellegrino (Dream Street) has been cast in Matilda with Actors Technique NY, playing this December in Manhattan!

Check out these photos of the cast of Mrs. Doubtfire in rehearsals before their out-of-town tryout–will you be seeing the show in Seattle?

Get into the holiday spirit with the Acapop! KIDS cover of “All I Want for Christmas is You” with Aliyah Mastin (The Lion King)!

And here are pictures from the kids of Radio City Christmas Spectacular and Frozen!

Happy Opening to Evita at New York City Center, which also announced its casting earlier this week: congratulations and break a leg to Isa Antonetti and Tessa Noelle Frascogna!

Happy Opening as well to the company of Radio City Christmas Spectacular! Break a leg, everyone!

Happy Trails to Winter Donnelly and Mimi Ryder, who played their final performances as Young Elsa in Frozen over the weekend! We can’t wait to see what’s next for both of you.

Jesus Del Orden and Suri Marrero are scheduled to play their final performances as Young Simba and Young Nala in The Lion King on November 17th. Go see them before then if you can, and check out our recent feature on Jesus and his niece Sophia Rodriguez, currently playing Lulu in Waitress, HERE!

Coming up for Suri as she departs The Lion King, she will be joining the cast of Frozen as one of the new Young Elsas, beginning performances this week before she’s even finished her run as Young Nala! Also joining Frozen as the other new Young Elsa is Anna Rae Haller, who will make her Broadway debut!

Finally, Broadway alum Layla Capers (School of Rock) will be joining The Lion King next week as one of the new Young Nalas! Congratulations, Layla!

My heart is overwhelmed with joy, excitement, and pure gratitude! I am so happy to share that I will be joining the amazing cast of Disney Lion King on Broadway as Young Nala!! I am excited and ready to embrace my inner lioness! 🦁👑♥️ Thank you to everyone who played apart in making this dream a reality!! #TeamLayla 📸 @imsobronx #youngnala #hakunamatata #broadway #broadwaykids #youngbroadway #nala #simba #cubs #mufasa #sarabi #rafiki #disney #disneyonbroadway #lionking #pridelands #justcantwait #circleoflife #newyorkcity #maraentertainment #paradigmtalentagency #lkny #playbill #laylacapers #gifted #broadwaybound #cloudnine #dreambig #staytrue #beamazing @sistagirl57

In the midst of all this exciting news, we also want to wish congratulations to The Lion King, which celebrates 22 years on Broadway today!

Reyna Guerra (Runaways) has been cast in Much Ado About Nothing at Pittsburgh Playhouse, now playing through November 17th! Get more information HERE.

The casts of Tina and Beetlejuice will perform during the Macy’s Thanksgiving Day Parade this year! Get more details on Broadway.com.

Also coming up, the casts of Dear Evan Hansen, Frozen, Waitress, and Beetlejuice will take part in Broadway Under the Stars, a free concert series this holiday season at Columbus Circle! Get more information HERE.

Andrew Barth Feldman (Dear Evan Hansen) will perform at the Never Is Now Summit later this month! Also, check out his newest vlog!

Season 2 of “You,” with Jenna Ortega (New York Spectacular), will arrive on Netflix on December 26th!

Congratulations to Julian Silva (The Lion King), who guest starred on last week’s episode of “How To Get Away With Murder”!

Check out photos from backstage at Beetlejuice on Broadway.com!

Finally, the holidays are practically here! We have your guide to our featured Broadway and Off-Broadway shows and their performance schedules for the weeks of Thanksgiving, Christmas, and New Years.

And here are pictures from the kids of The Lion King, Harry Potter and the Cursed Child, A Christmas Carol, and for all the women who thought they were Mad!

Congratulations to the company of Radio City Christmas Spectacular, which began its 2019 holiday run over the weekend!

Congrats as well to Mattea Conforti (Frozen, Sunday in the Park with George, Matilda), who will voice Young Elsa in the upcoming movie “Frozen 2”!

We have lots of photo and video coverage from the opening night of Tina! See the list below:

“Doctor Sleep,” with alum Kyliegh Curran (The Lion King), is out in theaters now!

Get your copy of this year’s “Carols For A Cure” CD, featuring the casts of Dear Evan Hansen, Beetlejuice, Waitress, Frozen, and more, from the Broadway Cares store!

Be on the lookout for Raigan Olivia Saunders-Newton (Waitress) in an ad for Dadi!

Showing off our smiles! My #ad and #commercial for @dadikit . @camaribrown #bestsetdad #repost . This was such a fun day on set with awesome people!

Aliyah Mastin (The Lion King) appears in another music video for Acapop! KIDS, this time covering “Sunflower”! Watch below:

And here are pictures from the kids of Forbidden Broadway, Tina, Radio City Christmas Spectacular, and for all the women who thought they were Mad! 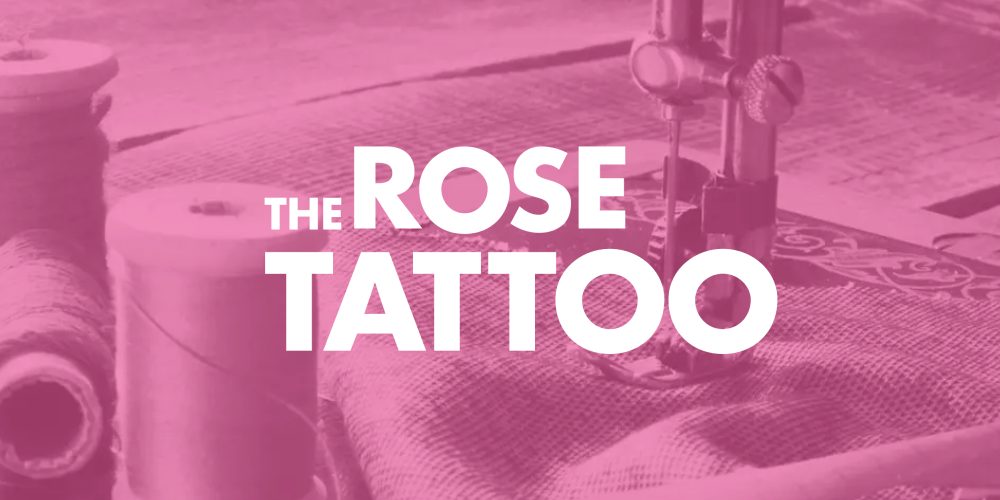 Ella Rubin stopped by AOL Build to talk about The Rose Tattoo! Watch below:

Yesterday, YBAN founder Lindsay went back to the national tour of Anastasia and got to meet Lila Coogan, who made her Broadway debut as Jane Banks in Mary Poppins as a kid! She is currently starring in the tour as Anya!

And here are pictures and videos from the kids of Radio City Christmas Spectacular, Waitress, and The Inheritance! 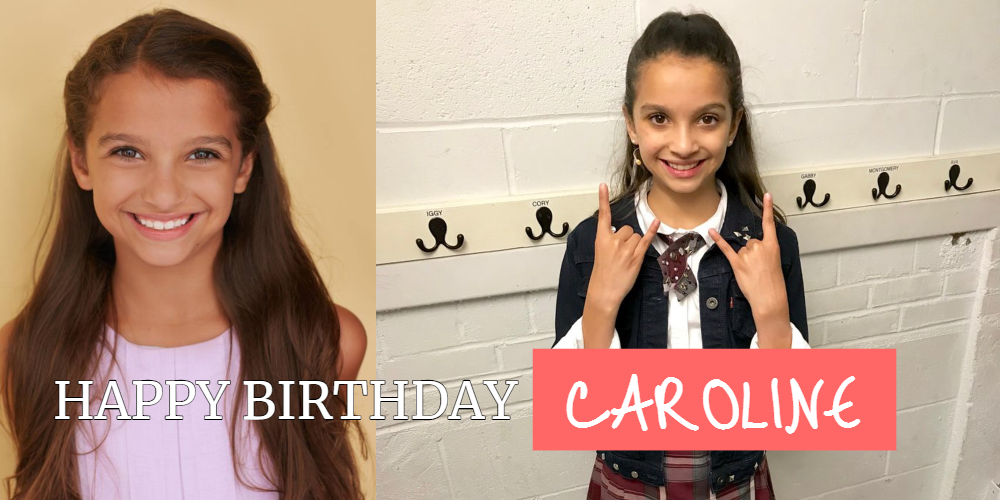 Happy belated birthday to Caroline Basu (School of Rock)! We hope you had a great day, Caroline!

Happy Trails to Finn Douglas and The Costume, which played its final performance in Inner Voices at The Barrow Group today! We can’t wait to see what’s next for you, Finn!

Fina Strazza (Animal, Matilda) will take part in the concert of Snow Child, a show she performed in at Arena Stage, at SubCulture tonight! Get more details HERE.

And here are pictures and videos from the kids of Inner Voices, School of Rock, The Ferryman, Anastasia, and The Hard Problem!

Isabella Russo (School of Rock) has joined the cast of Off-Broadway’s The Mother of Invention! Get more details on BroadwayWorld.com.

Here’s the trailer for “The Comedian,” featuring Savvy Crawford (Amelie, A Little Princess), set to be released on February 3rd!

Darius Kaleb (Motown, A Raisin in the Sun) discussed “Luke Cage” with Teenplicity.com!

Watch the full video of On Your Feet performing at “New Year’s Rockin’ Eve” below or on BroadwayWorld.com!

And here are pictures and videos from the kids of Fiddler on the Roof, Radio City Christmas Spectacular, Matilda, On Your Feet, Falsettos, Kinky Boots, School of Rock, and Waitress!

Happy Trails to the company of Radio City Christmas Spectacular, which played its final performance today! We can’t wait to see what’s next for all of you!

We are launching a monthly interview series with YBAN alumni today called When I Grow Up! The first installment is now up on our website; our founder Lindsay chatted with Katherine McNamara (A Little Night Music) about her Broadway kid days and about Season 2 of “Shadowhunters,” which premiered at 8pm tonight on Freeform! Read the interview HERE.

Watch the final curtain call of Matilda below!

Check out the last curtain call of Fiddler on the Roof below or on BroadwayWorld.com!

And here are pictures and videos from the kids of On Your Feet, Radio City Christmas Spectacular, Matilda, Waitress, School of Rock, and Falsettos!