Finally, tomorrow at 7pm EST, get your tickets for The Broadway Star Project’s Holiday Special! Find out more on BroadwayWorld.com. 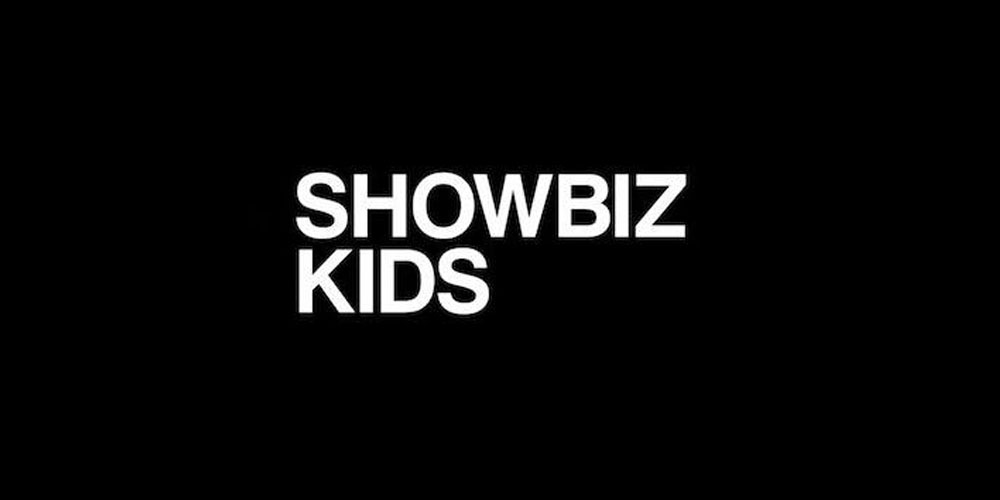 Happy belated birthday to Ryan Buggle (The Inheritance)! We hope you had a great day, Ryan!

Congratulations to Gabriel Amoroso (currently appearing in Medea at BAM) and Malcolm Fuller, who will both make their Broadway debuts in Harry Potter and the Cursed Child this spring!

Young Broadway Actor News founder Lindsay got to hang out with alum Victoria Collett (Waitress), along with her sister Francesca and mom Michele, at Bibble & Sip last week!

You could win $5 tickets to see Unknown Soldier at Playwrights Horizons! Get more information:

Enter our #LiveForFive lottery for a chance to buy two $5 tickets to our first preview of Daniel Goldstein and Michael Friedman’s #UnknownSoldierPH on February 14. See below how to enter! … HOW TO ENTER 1) Like this photo ❤️ 2) Follow @phnyc 👉 3) Tag a friend 👫 4) Extra tags count as extra entries, but each friend must be tagged in a separate comment 👥 5) All entries must be in by Thursday, Feb 6 at noon DETAILS Enter for a chance to purchase up to two $5 tickets to the first preview of Unknown Soldier on Friday, February 14 at 8 PM. Entries will be accepted until Thursday, February 6. Winners of the lottery will receive a DM on Thursday, February 6 with instructions on how to book their tickets. One or two tickets may be purchased for $5 each. Unclaimed tickets will be offered to a limited standby list beginning Friday, February 7 on a first-come, first-served basis. … Good luck!

Ryder Koehle (The Ferryman) modeled for Little Me!

Chinua Baraka Payne (Caroline, Or Change) is the new voice for Lil Dez in a video for Nike!

Hey @kingjames, how many more points will you score?
⠀
Congratulations on reaching 3rd on the @NBA all-time scoring list, from your biggest fan. #JustDoIt pic.twitter.com/Lb8xjjtrgD

“Never Rarely Sometimes Always,” a new film with Talia Ryder (Matilda), will arrive in theaters on March 13th! Find out more on BroadwayWorld.com.

And here are pictures and videos from the kids of Forbidden Broadway, Beetlejuice, BroadwayCon 2020, Frozen, Medea, The Inheritance, Tina, and Sing Street!

Happy Trails to Andrew Barth Feldman, who played his final performance as the title role in Dear Evan Hansen tonight!

Happy Trails as well to Max William Bartos, alum Sam Poon (Runaways, Macbeth, The King and I), and the company of Sing Street, which closes its Off-Broadway run at New York Theatre Workshop tonight! Catch it on Broadway this spring!

Today was the last day of BroadwayCon, and these Broadway and Off-Broadway kids and alumni were in attendance:

Kids from Waitress, School of Rock, and more are singing at The Green Room 42 tonight to benefit Australia! Get more details HERE.

And here are pictures and videos from the kids of Flying Over Sunset, Frozen, and Harry Potter and the Cursed Child!

YBAN founder Lindsay saw Forbidden Broadway with Joshua Turchin last night, and even met up with Grace DeAmicis (Harry Potter and the Cursed Child) at the show as well! Thank you for a great night out, and get your tickets to see the show soon; last night’s performance was sold out!

Check out these videos of the casts of Sing Street and Mrs. Doubtfire performing at BroadwayCon’s First Look concert!

Also today, did you catch the Broadway Star Project booth at BroadwayCon or check out Ella Dane Morgan’s (Waitress) takeover of our Instagram account?

Andrew Barth Feldman reflected on his year with Dear Evan Hansen on Broadway.com!

And check out this picture from Forbidden Broadway! 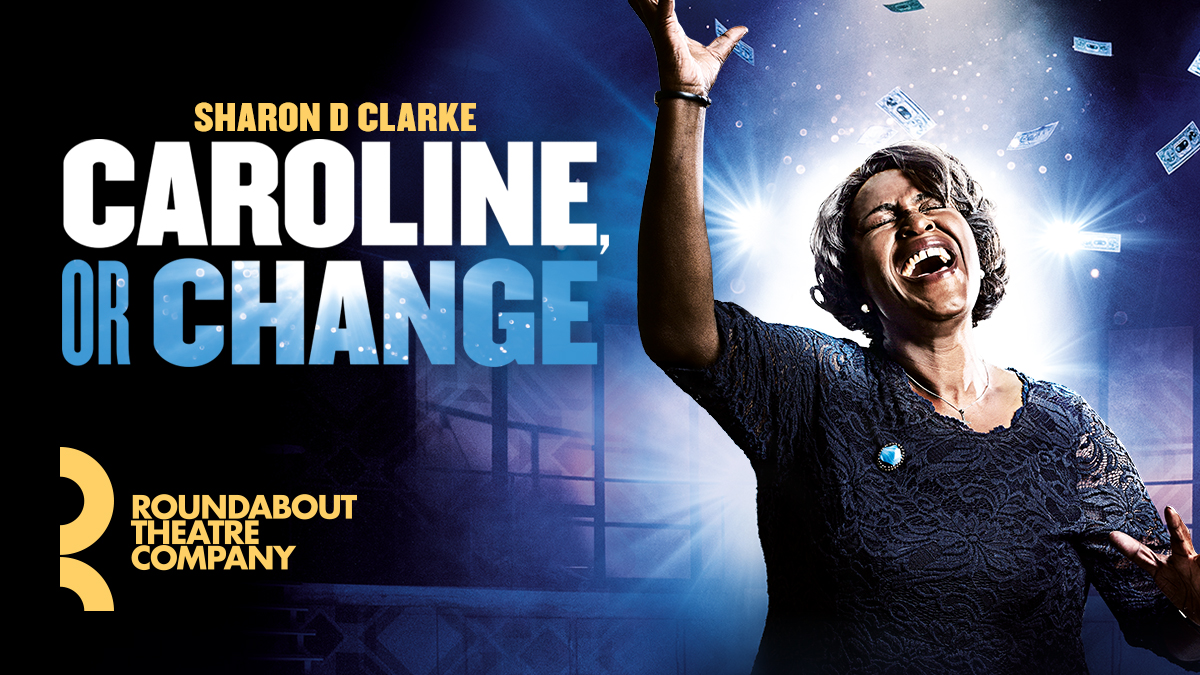 Congrats to Robert Montano and Carlos Carreras who have been cast in this year’s Radio City Christmas Spectacular! This is Robert’s 3rd year and Carlos’s 1st year!

Makayla Joy Connolly made her Broadway debut in Harry Potter and the Cursed Child this week! Check out the pictures below. The Tony Awards have announced that the 2020 ceremony will take place on June 7th, airing on CBS at 8/7c. Nominations will be announced on April 28th.

Taylor Richardson (Annie, Smokefall, A Christmas Memory) has been cast in a new Netflix film “Sorta Like A Rock Star”. Click HERE for more info.

Cate Elefante (Waitress) was on the set of a commercial this week! We will let you know when it begins to air.

We have some more videos from (YOUNG)! Take a look below.

And here are pictures and videos from the kids of Beetlejuice and Make Believe! 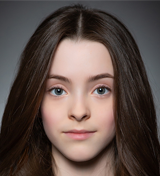 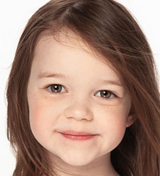 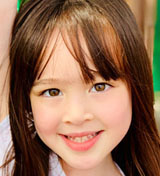 Happy Trails to Catherine Ashmore Bradley, who played her final performance of Harry Potter and the Cursed Child today! Look for an exciting announcement about her next project coming soon!

Happy Trails as well to Delaney Quinn and Scarlett Sher, who played their final performances of Waitress this weekend! We can’t wait to see what’s next for both of you!

Watch the newest members of the ALDC, including alum GiaNina Paolantonio (Matilda), perform their first ever group dance during the “Kids Tell All” special of “Dance Moms,” as well as their group routine “The Chosen One”!

Tonight, kids from Frozen, A Bronx Tale, and more took part in the latest installment of (YOUNG)! Get more information HERE.

Jordan Cole (School of Rock) recorded a song for Noggin!

Had the best time recording this fun song for #Noggin Do you hear my voice? Thanks @nickelodeon and @take3talent #welcomehome #family #voiceover #imwithtake3

Check out the newest McDonald’s commercial with Chinua Baraka Payne (The Lion King)!

And here are pictures and videos from the kids of Harry Potter and the Cursed Child, Waitress, The Rose Tattoo, and Radio City Christmas Spectacular!