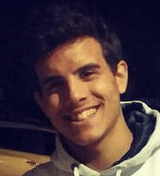 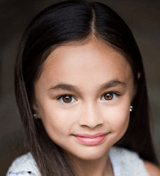 Alum Jacob Guzman (Newsies) is heading out on the national tour of Hamilton! Congrats, Jacob! Get more details on Broadway.com.

Lilyana Cornell (Les Miserables) has joined the cast of Everybody, Off-Broadway at the Signature Theatre! Get more details about the production HERE.

The lineup for Broadway Kidz Backwards at 54 Below has been announced! Find out more on Playbill.com.

In the video below, the School of Rock kids talked with the American Theatre Wing about what it’s like to be “in the band”!

Here’s a teaser trailer for “Nella the Princess Knight,” starring Akira Golz (Matilda) in the title role! The series premieres on February 6th at 10am!

And here are pictures and videos from the kids of School of Rock, Falsettos, Kinky Boots, Waitress, and On Your Feet!