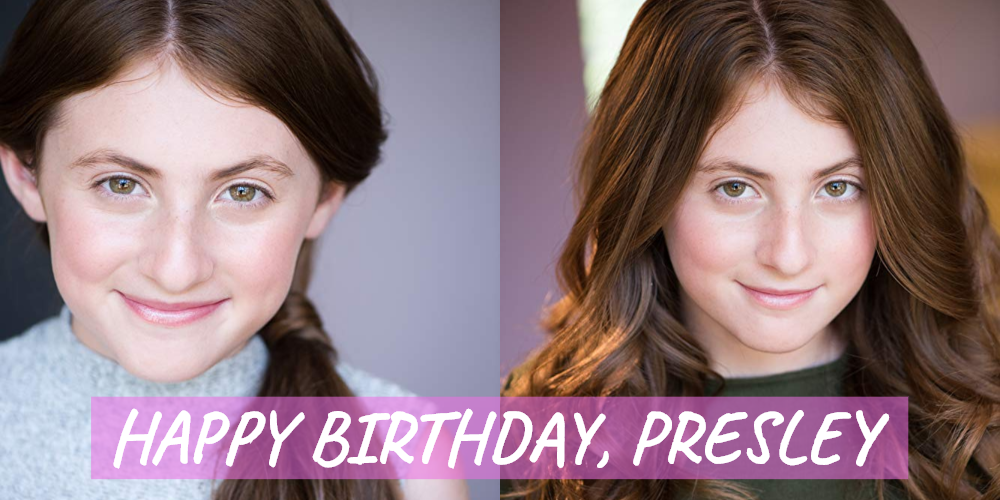 Happy birthday to Presley Ryan, soon to be seen in Broadway’s Beetlejuice! We hope you had a great day, Presley!

Matilda is now available for licensing for professional and amateur groups! Get more details on Playbill.com.

Ava Briglia (School of Rock) recently took part in a reading of the upcoming musical Radio 930!

Played a little girl named Anna Heidt in a reading for a new upcoming musical called Radio 930. The show tells a story about how young people in the 1970s used their love of rock music to create social and political change. They didn't use fear or weapons…they simply took a stand for doing the right thing – an important story for all of us currently ♥️ The music is incredible – I hope we all get to see this on Broaday one day! It’s pre- broadway run will be in the spring – look for it! Love and endless thanks to @davidruttura (Charles and Nancy) #radio930themusical #radio930musical #dougkatsaros

London Skye Gilliam (Waitress) appeared in a video for Romper, a social media channel all about motherhood!

Super exciting news: The movie I filmed last summer Troupe Zero will be premiering at Sundance!!! All because of the work of three AMAZING women: @bertbertie @bertiecam, @lalucyalibar and an AMAZING cast and crew who worked so hard for this. I’m so honored to be apart of this wonderful project. ❤️ • • • #sundancefilmfestival #troupezero #amazonstudios #allisonjanney #violadavis #sundance #cesd #thegreenroommanagement

That’s a wrap! Can’t wait for you all to see☺️ Such an amazing group of people!! #netflix #lostgirls

Go see Levi Smith (A Bronx Tale) in Seussical in Texas! Get more information at OwenTheatre.com.

Broadway and Off-Broadway alumni Finn Douglas (The Costume [Inner Voices], Radio City Christmas Spectacular), Gabby Gutierrez (School of Rock), Rachel Katzke (School of Rock), Cayen Martin (The Lion King), and Ian Saraceni (Matilda, The King and I) have been added to a reading of the new musical The Game! Get more details on BroadwayWorld.com.

Bella May Mordus (The Ferryman) chatted about her dog Penny with PetsOfBroadway.org!

Laila Drew (Generation Me) will tour the country with American Girl Live beginning in December! Find out more HERE.

“Back To Before” is coming back to 54 Below on January 24th! Find out more on 54Below.com.

As of yesterday, you can listen to a brand new single from Baylee Littrell (Disaster!)! Check out this link to listen via Spotify, iTunes, and more!

Lilyana Cornell (Everybody, Les Miserables) filmed a spot for Johnson & Johnson in honor of Giving Tuesday!

And here are pictures and videos from the kids of Beetlejuice, The Secret Life of Bees, Radio City Christmas Spectacular, The Lion King, School of Rock, What the Constitution Means to Me, Christmas in Hell, Frozen, (YOUNG), The Hard Problem, Harry Potter and the Cursed Child, and Anastasia!