Madison Elizabeth Lagares in “She Will Rock You” at 54 Below Tonight, Audrey Bennett in Amazon’s “Hunters,” and more! 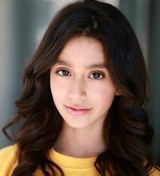 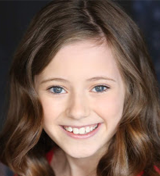 Tonight, Broadway alum Madison Elizabeth Lagares (On Your Feet, School of Rock) will take part in “She Will Rock You” at 54 Below! Get more details HERE.

Audrey Bennett (Frozen, Amelie) will appear in the upcoming Amazon series “Hunters”! Here she is in the commercial for the show that aired during the Super Bowl:

Jamilah Rosemond (Peace, Love and Cupcakes) has been cast in Henry Box Brown: A Musical Journey, playing in NYC and Savannah, GA!

I am so happy to announce that I am in the cast of Henry Box Brown- A Musical Journey! So thankful to God to be joining this show as they embark on their 6 city tour around the U.S.!! NYC Previews are this weekend Sat. Feb 8 at 3:30pm and Sun. Feb 9 at 7:30pm (which is the one I’ll be performing in). Then we go to Savannah, Georgia next weekend for 4 shows! Let me know if you are interested in purchasing a ticket! 💛 • • • “Henry Box Brown, the story of an 1850’s enslaved Virginia man who shipped himself to freedom in a box with the help of African American and white abolitionists. In this fusion of Gospel, R&B, blue grass and original negro spirituals, this musical celebrates the triumph of the human spirit.”

YBAN founder Lindsay let it go at Frozen last weekend, and she says it’s still magical even after seeing it multiple times! Great job, everyone!

Lindsay also had a great time at “Switched” at 54 Below, meeting many amazing current and former Broadway kids!

And here are pictures and videos from the kids of Beetlejuice and Tina!