Happy birthday to Mikee Castillo (The Lion King), who celebrated her birthday over the weekend! We hope you had a great day, Mikee!

Milly Shapiro (Matilda, You’re A Good Man Charlie Brown) will star in her own cabaret at The Green Room 42! Get tickets HERE.

And here are pictures and videos from the kids of What the Constitution Means to Me, Waitress, Kinky Boots, The Lion King, and “A Time To Rock” at The Green Room 42! 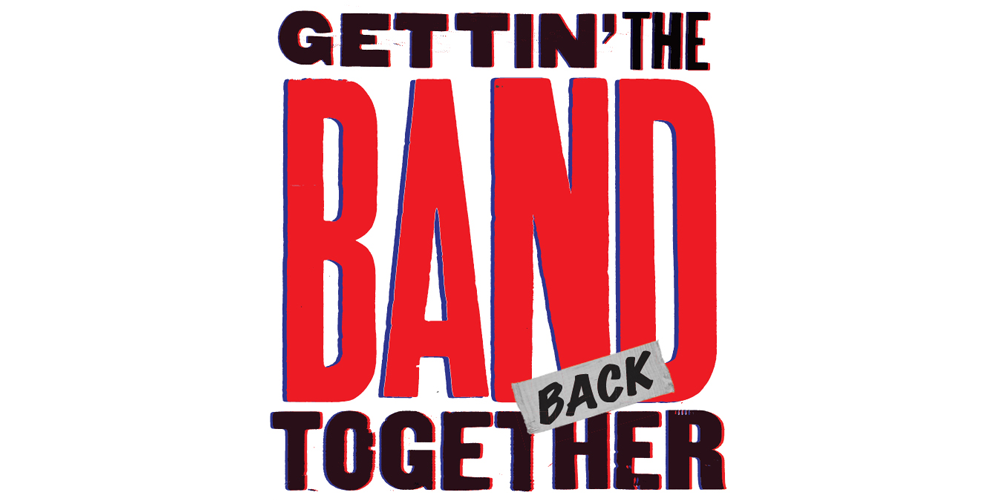 Happy Trails to Sawyer Nunes, Noa Solorio, and the company of Gettin’ The Band Back Together, which plays its final performance today! We can’t wait to see what’s next for both of you!

Tonight, lots of Broadway and Off-Broadway kids and alumni are part of the lineup for (YOUNG) at The Green Room 42! Get more details HERE.

Abigail Shapiro (Liberty) will take part in “The Best Songs Cut From the Best Musicals Sung By The Best Singers Who Never Sang Them” at 54 Below on September 18th! Find out more on 54Below.com.

Kolette Tetlow (Iowa) will appear on the next season of “The Deuce”!

And here are pictures from the kids of Gettin’ The Band Back Together, School of Rock, and The Lion King!

School of Rock will close in January 2019. Go see it before then if you can! Find out more on Broadway.com.

Check out the Broadway Kids Jam cover of “Two Player Game” from Be More Chill!

Here’s a photoshoot that Rileigh McDonald (Good for Otto, Matilda) and Anthony Rosenthal (Really Rosie, Falsettos) did for NOH8!

Enough hate already. Let’s all have each other’s back and stand together to stop the madness. #noh8 #friendsstandtogether

And take a look at Rileigh on “Late Night with Seth Meyers”!

TheaterMania has an inside look at a pre-show jam session at School of Rock! Watch it HERE.

And here are pictures and videos from the kids of Waitress, School of Rock, The Lion King, Gettin’ The Band Back Together, Harry Potter and the Cursed Child, and Once On This Island! 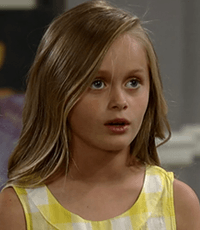 And here are pictures and videos from the kids of A Bronx Tale, School of Rock, Gettin’ The Band Back Together, Once On This Island, Harry Potter and the Cursed Child, Waitress, The Lion King, and Anastasia!

A post shared by Madison Elizabeth Lagares (@madisonlagaresofficial) on Apr 26, 2018 at 11:47am PDT

Check out photo coverage from the press event for Gettin’ the Band Back Together at TheaterMania.com and watch video at Broadway.com!

Olivia Bond (Harry Potter and the Cursed Child) is in the new film “Piercing,” which will premiere at the Sydney FIlm Festival! Get more info at FilmInk.com.au!

Check out photo coverage from the latest “At This Performance” concert, featuring Delilah Rose Pellow (Anastasia) at BroadwayWorld.com!

Brooklyn Shuck (Harry Potter and the Cursed Child) is highlighted on Kentucky.com!

Watch the full video of the cast of School of Rock performing with student from Stoneman Douglas below!

Check out these pictures and videos from the kids of The Lion King, School of Rock, and Once on This Island!

Happy birthday to Jesús Del Orden (Kinky Boots)! We hope you had a great day, Jesús!

Congrats to Isabela Moner (Evita), who will play Dora the Explorer in an upcoming live-action remake! Get more details on HollywoodReporter.com.

Cast members from Anastasia, Frozen, Kinky Boots, Once On This Island, School of Rock, and Waitress will perform at this year’s Stars in the Alley concert, and Harry Potter and the Cursed Child will also make an appearance! Find out more on Broadway.com.

Benjamin Harding (Matilda) is performing in Big Fish in Georgia through this weekend! Get tickets HERE.

Frozen is getting a Broadway.com vlog!

Former Broadway child actors from Les Miserables, Mary Poppins, and more will take the stage at 54 Below in Back to Before! Get more details on 54Below.com.

Happy Trails to Ella Kennedy Davis, Ian Saint-Germain, and the company of This Flat Earth at Playwrights Horizons! Ella and Ian, we can’t wait to see what’s next for you!

Happy Trails as well to Brooklyn Nelson and Audrey Bennett, who played their final performance as Young Elsa and Young Anna, respectively, in Frozen today! We can’t wait to see what’s next for both of you!

Break a leg to everyone who auditioned for the upcoming film adaptation of West Side Story in New York City today!

And here are pictures and videos from the kids of This Flat Earth, Frozen, The Lion King, Anastasia, A Bronx Tale, School of Rock, Waitress, and Harry Potter and the Cursed Child!

A post shared by Madison Elizabeth Lagares (@madisonlagaresofficial) on Apr 18, 2018 at 10:43am PDT

A post shared by Madison Elizabeth Lagares (@madisonlagaresofficial) on Apr 23, 2018 at 7:38pm PDT 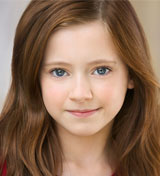 Audrey Bennett will also play her final performance of Frozen this Sunday, along with Brooklyn Nelson. See them before then if you can!

The Drama Desk Award nominations were announced today, and 1984, Once On This Island, Harry Potter and the Cursed Child, and Frozen have all received nominations! Check out the full list on BroadwayWorld.com.

If you’re a young Broadway or Off-Broadway alum and have appeared in a show covered by our website, we have two announcements for you! First, if you are graduating high school this year, we want to hear about it! Email us via this form to tell us about your post-grad plans, whether that is college, work, et cetera. We would love to recognize this year’s graduates this June on our social media! Second, we know many of you are participating in productions this spring and summer at a youth theater, school, regional theater, et cetera, and we would love to tell everyone about it! Fill out this form to add your show to our listing of upcoming regional shows on our website.

Rileigh McDonald (Good for Otto, Matilda) has booked a few voiceover projects, one of which is the role of Felicity in “Young Ben Franklin”!

Congrats to Holly Taylor (Billy Elliot), who has booked a series regular role in a TV mini-series!

School of Rock is holding an open call in NYC!

And here are pictures and videos from the kids of Frozen, School of Rock, Kinky Boots, The Lion King, A Bronx Tale, and Anastasia! 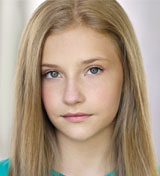 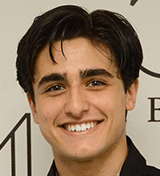 Brooklyn Nelson will take her final bow with Frozen this Sunday. Go see her if you can!

Congrats to Giuseppe Bausilio (Billy Elliot, Newsies), who will join the cast of Hamilton in Chicago!

Guess what… I’m in HAMILTON! #hamilton #my shot #hamilchi

Here’s the trailer for the new Netflix show “The Who Was? Show,” with Lilla Crawford (Annie, Billy Elliot)!

The trailer for the most anticipated historical comedy of the century (don’t check me on that) is finally here!! THE WHO WAS SHOW TRAILER IS ON NETFLIX NOW!! YAYYYYYYYY!! All episodes available on Netflix May 11th! #thewhowasshow #netflix

Akira Golz (Matilda) appeared in this video for Nickelodeon in honor of Earth Day!

And here are pictures and videos from the kids of School of Rock, Anastasia, Frozen, and Waitress!

Congrats to Frozen, Once On This Island, Harry Potter and the Cursed Child, and 1984; all four shows received Outer Critics Circle Award nominations this morning! Check out the full list on BroadwayWorld.com.

Lots of Broadway kids and alumni performed at the BC/EFA Easter Bonnet Competition yesterday night, including the kids of School of Rock, who performed with students from Marjory Stoneman Douglas High School! Take a look at these pictures and videos from rehearsals and the performance:

#Repost @rachel_buksbazen (@get_repost) ・・・ Exciting news! On April 23rd and 24th Gabby, Levi, and I will be performing in @bcefa ‘s annual Easter Bonnet competition! We are doing a presentation of “The Night that Goldman Spoke at Union Square” from Ragtime, representing @bwayserves , @broadwaygreenalliance , and @revlatina. We’ll perform at the Minskoff Theatre, and I’ll be making my (quasi) Broadway debut! This is such a dream come true, I’m so grateful to be representing these amazing organizations and raising money for such an incredible cause. Next week can’t come soon enough!!!

A post shared by Gabrielle Greene (@gabriellegreeneofficial) on Apr 14, 2018 at 4:08pm PDT

I got to perform with legends today guys. Survivors. Leaders. Who I now call friends. Thank you Andrea and Sawyer for sharing your story, your kindness, and talent with us kids. I will forever be grateful for this moment we shared with you guys! The best part is we get to do it again tomorrow @2pm EST at the Minskoff Theatre😁 @_andreapenaa @sawyerrayne 💕💕 #EasterBonnet @bcefa #broadwaycares #marchforourlives #equalrightsforall #msdstrong @bcefa

A post shared by Gabrielle Greene (@gabriellegreeneofficial) on Apr 23, 2018 at 7:50pm PDT

Here’s a clip of Olivia Bond (Harry Potter and the Cursed Child) on “MasterChef Junior”; keep watching her every Friday at 8pm on Fox!

And here are pictures and videos from the kids of Waitress, School of Rock, Frozen, The Lion King, Once On This Island, Gettin’ The Band Back Together, Kinky Boots, and more!

A post shared by Gabrielle Greene (@gabriellegreeneofficial) on Apr 23, 2018 at 2:36pm PDT