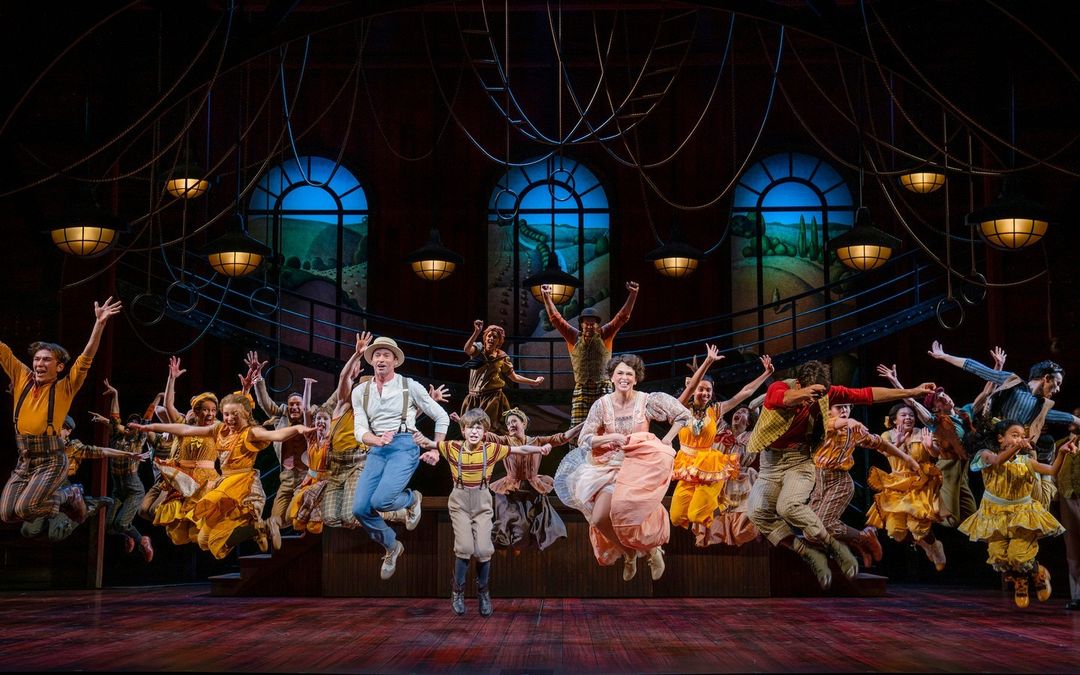 Happy 1st preview to The Music Man! Take a look at the brand new production photo above. Additionally, enjoy these pictures (and a video) of the kids and teens arriving for tech:

Unfortunately, due to multiple breakthrough COVID-19 cases, Trevor has closed early, just a day after announcing that their final performance will take place on January 2nd. However, the show will record a cast album! Release date is TBA.

Annie Live will re-air on NBC on December 20th! Before the broadcast returns to TV, check out more BTS pictures below.

Check out this behind-the-scenes video from the Caroline, Or Change cast album recording session!

Enjoy this footage from opening night of Dear Evan Hansen, which also includes a brief appearance by Andrew Barth Feldman!

Analise Scarpaci spoke with Popternative and SILive.com about her new EP and her role in Mrs. Doubtfire!

Congrats to Carrie Berk (Peace, Love, and Cupcakes), who will compete on the next season of “Next Influencer”, premiering January 13th on Paramount+!

Check out more pictures from opening night of Mrs. Doubtfire!

“Little Me” and “Take A Bow” released new episodes this past week in honor of the new “West Side Story” film adaptation! Listen below:

Listen for the voice of Echo Picone (Trevor) on Devin Townsend’s new album “The Puzzle”! Purchase it here: DevinTownsendShop.com.

Amaris Sanchez (On Your Feet) sings “Mary Did You Know” on the brand new EP “Heaven and Nature Sing”! Purchase your copy HERE.

Enjoy this cover of “Last Christmas” by GiaNina Paolantonio (Matilda on Broadway, “Dance Moms” on Lifetime)!

Here are a few highlights from the recent “Icy Waters” cabaret!