Happy birthday to Brooklyn Nelson (Frozen)! We hope you had a great day!

Today is YBAN’s anniversary! We can’t believe we’ve been in business for 8 years. Thank you all for your continued support; we love you!

Ryan Foust (Charlie and the Chocolate Factory) and Mia Sinclair Jenness (Les Miserables, Number the Stars, The Sound of Music LIVE) have joined the cast of Second Stage’s Mary Page Marlowe! Get more details on BroadwayWorld.com.

1984 is now eligible for Tony Awards nominations, after previously being deemed ineligible!

Ryan Sell (Charlie and the Chocolate Factory) will appear on a Netflix show! More details to come.

Donate to Prizeo and you could win a VIP trip to School of Rock!

Check out the trailer for This Flat Earth:

And here are pictures and videos from the kids of A Bronx Tale, Kinky Boots, Waitress, and The Winter’s Tale!

Congratulations to the company of This Flat Earth on their opening night Off-Broadway at Playwrights Horizons last night!

This week, you can see Shannon Harrington (Women Without Men) perform in From Silence at the Museum of Jewish Heritage in New York City! Get more details on MJHNYC.org.

West Side Story will hold an open casting call in Orlando for ages 15-25!

And here are pictures from the kids of The Lion King, Harry Potter and the Cursed Child, School of Rock, Once On This Island, and Anastasia!

Delilah Rose Pellow (Grinch tour) will make her Broadway debut in Anastasia as the newest understudy for Little Anastasia!

Here’s a sneak peek at This Flat Earth!

Eleanor Koski (Les Miserables) has booked a recurring role on a pilot! Find out more:

And here are pictures and videos from the kids of Frozen, Broadway Kids Jam, School of Rock, The Winter’s Tale, and Harry Potter and the Cursed Child!

A post shared by Gabrielle Greene (@gabriellegreeneofficial) on Mar 21, 2018 at 8:25pm PDT

Happy Trails to Nala Hamilton and Rika Nishikawa, who played their final performances as Young Nala in The Lion King over the weekend! We can’t wait to see what’s next for both of you!

The National Lampoon’s Vacation franchise could be making its way to Broadway! Find out more on Playbill.com.

Take a look at the first production photos from This Flat Earth on TheaterMania.com!

The New York Times did a feature about The New 42nd Street Studios, and you can get a peek at Frozen rehearsals! Read it HERE.

Here’s a trailer for Good for Otto:

Catch me and some amazing other people join the stage with the insanely talented @natalie_weiss !! It’s at the Green Room on April 6th @9:30 pm:) hope to see you there

Guess what role I was cast in!! If you know….#keepitasecret. Come out to see me in this amazing production of #JesusChristSuperstar #amasmusicaltheater

Check out Aaralyn Anderson (Ballyturk) in this commercial for Danimals; it aired during the Kids’ Choice Awards this weekend!

Zoe Wilson (The Pill, Play Like A Winner, Three Days to See) and Joshua Turchin (The Pill) recently took part in a reading of the new show XY The Musical!

XY The Musical! I am thrilled to have been a part of the reading of the new musical XY! Thank you to the director Hunter and the writer/composer Oliver (both pictured). I am so honored to have worked with this team! And of course- together again with @joshuaturchin ! #newmusicalsarethefuture #xythemusical

Happy 1st preview to Harry Potter and the Cursed Child and This Flat Earth!

We want to wish a very Happy Birthday to our staff member Audrey! We hope you had a wonderful day.

Nightly News with Lester Holt released this 360 video of the number “Mama Will Provide” from Once On This Island. Take a look!

“MasterChef Junior” aired again tonight with Olivia Bond (Harry Potter and the Cursed Child) and sister Remy competing in the Top 24 and, good news, both have advanced to the next round. Congratulations, girls!

“You”, a new Lifetime drama starring Luca Padovan (School of Rock, Newsies, Marvin’s Room) will premiere on Lifetime on Sept. 9th at 10/9c! Get more info at TVLine.com.

You can catch Ben Cook (Billy Elliot, Ragtime) in the HBO movie “Paterno” premiering on April 7th at HBO (as well as in Mean Girls, now in previews on Broadway)!

And here are pictures from the kids of Frozen, The Lion King, School of Rock, and Waitress!

A post shared by Madison Elizabeth Lagares (@madisonlagaresofficial) on Mar 10, 2018 at 11:53am PST 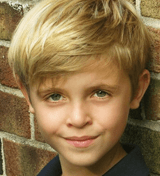 Happy Trails to Jake Katzman, who played his final performance as Young Charlie in Kinky Boots on Sunday! We can’t wait to see what’s next for you, Jake!

School of Rock is offering discounts for tomorrow’s matinee! Check them out on Telecharge.com.

You can enter to win $5 tickets to the first preview of This Flat Earth on TicketCentral.com!

Some of the original cast of School of Rock reunited for an episode of “Wonderama”! Watch below:

Frozen is holding an open call next week for kids! Get more details:

And here are pictures and videos from the kids of School of Rock, Frozen, Anastasia, and Harry Potter and the Cursed Child!

A post shared by Gabrielle Greene (@gabriellegreeneofficial) on Feb 26, 2018 at 6:35am PST

A post shared by Madison Elizabeth Lagares (@madisonlagaresofficial) on Feb 25, 2018 at 7:01pm PST

A post shared by Madison Elizabeth Lagares (@madisonlagaresofficial) on Feb 25, 2018 at 10:57am PST

A post shared by Madison Elizabeth Lagares (@madisonlagaresofficial) on Feb 25, 2018 at 2:37pm PST

Congratulations to the company of Bar Mitzvah Boy at York Theatre Company on their opening night Off-Broadway!

The Secret Garden will return to Broadway next season for the first revival of the show! Get more details on BroadwayWorld.com.

Rehearsals are now underway for This Flat Earth! Check out pictures on TheaterMania.com.

A Bronx Tale will soon be available for performance rights! Find out more on BroadwayLicensing.com.

Watch Mckayla Twiggs (Anastasia, Les Miserables, Once), Madeleine Pace (Once), and Joshua Turchin (The Pill) of Broadway Kids Jam cover “Falling Slowly” from Once on BroadwayWorld.com!

Take a look at pictures from Kinky Boots‘s 2000th performance celebration on Playbill.com!

Congrats to alumni Abigail Paige Murphy (Dream Street) and Kathryn Zimmer (Matilda), who guest-starred on “Divorce” over the weekend! Here are some photos:

And here are pictures and videos from the kids of Bar Mitzvah Boy, Waitress, and School of Rock!