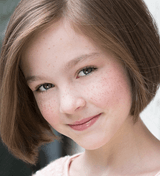 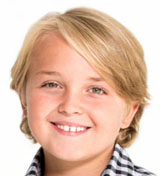 Nicole Scimeca will depart Anastasia on July 8th. Go see her if you can!

Also, Colin Lauri will play his final performance of School of Rock on July 29th–see him before then if you’re able to, as well!

I am sad to announce that I will be graduating from Horace Green on July 29. Although this is very sad, I am also happy to start a new beginning and will never part from my SOR family! And in the immortal words of Jack Black, “See you on the flip flop, later!”

This year’s Broadway in Bryant Park lineup has been announced, and it will include Waitress, Anastasia, Kinky Boots, Frozen, The Lion King, Once On This Island, and School of Rock! Get more details on BroadwayWorld.com.

And here are pictures from the kids of Anastasia, School of Rock, Frozen, Mary Page Marlowe, Harry Potter and the Cursed Child, and The Lion King!

A post shared by Madison Elizabeth Lagares (@madisonlagaresofficial) on Jun 22, 2018 at 8:53pm PDT