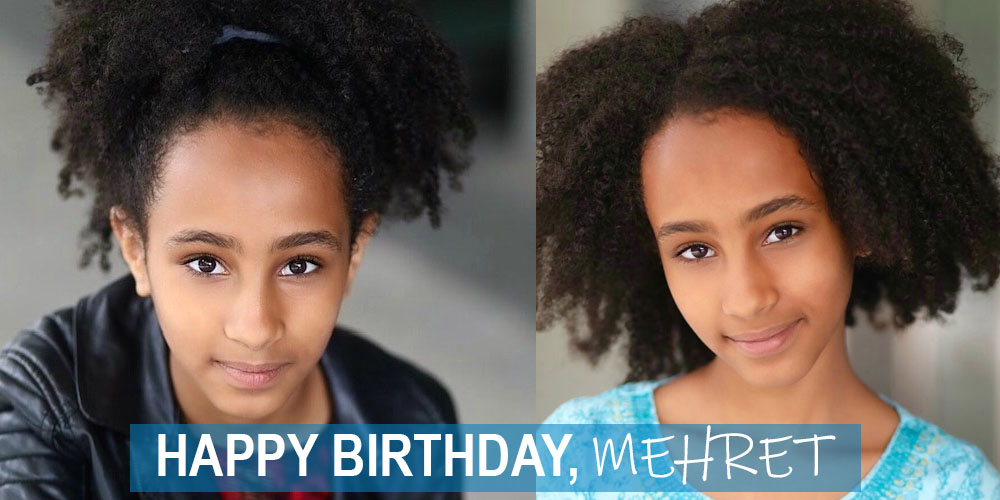 Happy belated birthday to Mehret Marsh (Tina)! We hope you had a great day, Mehret!

Happy Trails to Haven Alexander, who played his final performance as Young Simba in The Lion King recently. We can’t wait to see what’s next for you, Haven!

Happy Trails as well to Sophia Anne Caruso, who played her final performance as Lydia in Beetlejuice this past Wednesday, February 19th, to pursue television work. More details to come! We can’t wait to see what’s next for you, Sophia.

Presley Ryan has been on as Lydia in Beetlejuice through today, February 23rd!

The Inheritance will end its run on March 15th. Go see Ryan Buggle and Tre Ryder in the show before then! Get more details on BroadwayWorld.com.

Watch the cast of Mrs. Doubtfire react to Rob McClure in costume, on BroadwayWorld.com! Also, the show’s cast met the press earlier this week! Check out photos on Broadway.com and a video below:

Madeleine Pace (Once, The Hard Problem) will appear in the upcoming HBO movie “Bad Education,” arriving on April 25th! Here’s the trailer:

Get a first look at “The Tiger Rising,” with Madalen Yarbrough Mills (School of Rock), on Variety.com!

YBAN founder Lindsay had a wonderful time attending “Songs for St. Jude” at the Rockwell today, with lots of Broadway and Off-Broadway alumni! Check out more photos on our sister site, Kids On Tour.

Alumni Winter Donnelly (Our Dear Dead Drug Lord, Frozen) and Bella May Mordus (Make Believe, The Ferryman) will appear on a future episode of “Sesame Street”!

Can you guess where I was today??? HINT. 🎶”Can you tell me how to get to…” 🎶 Had one of the most magical days of my life!! Even more special, I got to finally work with my friend @bellamaymordus ✨ Thank you to (you know who you are) for this truly amazing opportunity!! #behindthescenes #acting #sesamestreet #bert #ernie #bigbird #elmo #zoe #rosita #grover #cookiemonster #friends #friendship #nyc

I am absolutely loving my time spent on @sesamestreet this winter! It’s the happiest place to work and I’ve made so many new friends, puppet AND human 💛❤️🧡💚💙💜💗 #SesameStreet #CanYouTellMeHowToGetToSesameStreet #NewFriends #SesameKid #Season51 #Thankful #Grateful

Some days work is just so much fun! And it’s even more fun with friends! ISABELLA PRESTON and AUDREY BENNETT got to spend some amazing time on Sesame Street together!! So proud of both of you girls and looks like you had a blast! Thanks to the teams at STEWART TALENT and CESD for this amazing opportunity!

In addition, Cate Elefante (Waitress) is the voice of Wala the Koala on “The Cool School Show,” now playing on YouTube!

I’m so proud to be the voice of “Wala the Koala” on the brand new chapter series of @coolschoolshow which premiered today!! Wala is one of Ms. Booksy’s new sidekicks! Check it out!!! Link is in my bio. And make sure you subscribe to Cool School on @youtube so you can watch all future episodes with Wala and friends 💖#CoolSchool #CoolSchoolShow #MsBooksy #CESDvoiceoverartist #CESDtalent #CESD #VoiceOverArtist #WalaTheKoala

Here’s the first trailer for “Big Time Adolescence,” with Oona Laurence (Matilda)! The film arrives on March 13th in select theaters, then on Hulu on March 20th.

Watch a new music video for “Up” from Sing Street on EW.com!

The Music Man is holding an EPA for some principal roles, including Winthrop and Amaryllis! Get audition information for February 28th and March 2nd, as well as advice for attending an Equity audition as a non-Equity performer.

“The Plot Against America,” with Jacob Michael Laval (The Rose Tattoo), will arrive on HBO on March 16th!

@hbo’s #plotagainstamerica will be premiering on Monday, March 16th! I play the character of Seldon Wishnow. The character I play will actually grow in importance as the series moves on. It is an alternative history story about what would have happened to the United States of America if Charles Lindbergh had run for President and won against FDR. 6 part miniseries! Amazing cast!! Check it out!! #hbo #hbominiseries #plotagainstamericahbo #philiproth #philiprothbook #philiprothnovel #philiprothnovels #alternativehistory #alternativehistorybooks #take3talent #imwithtake3talent #imwithtake3

Check out photos from opening night of Atlantic Theater Company’s Anatomy of a Suicide on BroadwayWorld.com!

“Miss Virginia,” a new film with Niles Fitch (The Lion King, Our Lady of Kibeho), is now on Netflix! Watch Niles’ interview with KTLA below:

And here are pictures and videos from the kids of Beetlejuice, Anatomy of a Suicide, Caroline, Or Change, The Lion King, Frozen, Medea, Harry Potter and the Cursed Child, Mrs. Doubtfire, and Tina!